Islamabad, Pakistan – A Pakistani crackdown on armed religious groups has resulted in more than 8,800 arrests, but analysts warn a lack of transparency in the process and clarity on policy could hurt the effort.

Police and other security forces have interrogated a staggering 183,557 people across the country, according to a government statement, since the December 16 attack on a Peshawar school that became the deadliest attack in Pakistan’s history with more than 140 people, mostly children, killed.

Those interrogations have resulted in 8,837 arrests, according to the statement, as authorities work to implement a “National Action Plan” (NAP) formulated through party consensus and calling for wide-ranging operations against armed groups deemed to be working against the state.

The arrests are in addition to the more than 293 people the military says it has killed in ongoing operations against the Tehreek-e-Taliban Pakistan (TTP) and its allies in the North Waziristan and Khyber tribal areas since December 16. Al Jazeera is unable to independently verify the military’s figures, as access to the conflict zone is restricted.

Despite the crackdown attacks continue. Suicide bombers stormed a Shia mosque on Friday in Peshawar, throwing grenades before three detonated their explosives. At least 19 worshipers were killed and dozens wounded.

“There used to be a nervousness about going after maulvis [teachers of Islamic law] before on the part of the police,” says Haider Ashraf, a senior police officer in the eastern city of Lahore.

“But now for the first time, it is the maulvis that are afraid of us.”

Ashraf manages police operations in Pakistan’s second largest city, the capital of its largest province, Punjab, and says he has seen a “massive transformation” in how the government is dealing with radical preachers and armed extremist groups, whether sectarian, such as the anti-Shia Lashkar-e-Jhangvi and its allies, or anti-government, like the TTP.

“The sectarianism that some clerics are spreading through loudspeakers in mosques – we are curbing this. Before … we did not have such an iron hand. Now we register a criminal case, confiscate the loudspeaker and we carry out a summary trial as well,” he told Al Jazeera.

Pakistan has seen a raft of legal changes since the school attack in Peshawar, including the strengthening of legislation dealing with hate speech in Punjab, stricter checks on refugees, and wider changes, including the introduction of military courts for terrorism suspects and the resumption of executions for terrorism convicts.

Organisations linked with extremist groups, however, continue to operate freely across the country.

On February 5, groups such as the Jamaat-ud-Dawa and Ahle Sunnat Wal Jamaat (ASWJ) held public rallies in several cities in support of jihad in the disputed territory. The United States designates JuD as a terrorist organisation, deemed to be the welfare front of Lashkar-e-Taiba, while ASWJ has been also proscribed a terrorist group by both Pakistan and the United Kingdom.

Speaking to Al Jazeera, Aurangzeb Farooqi, one of the ASWJ’s central leaders, says he feels his group, which advocates for Shia Muslims to be declared non-Muslim, is being “unfairly targeted” in the latest crackdown, despite being able to carry out rallies.

ASWJ was banned by Pakistan’s interior ministry in February 2012, but has largely been allowed to operate freely since then.

“It has been three years since 2012 – have we been hiding? Are we floating in the air?  We are in front of you, we have fought elections. So why are you now calling us banned? Were we not banned before?”

Pakistan has seen increasing sectarian violence between Sunni and Shia Muslims in the last several years, with at least 210 people killed last year in such violence. In the last five years, 1,524 people have been killed in sectarian violence, according to the South Asia Terrorism Portal, the overwhelming majority being Shia Muslims, killed in both bomb blasts and targeted attacks.

Other than Friday’s assault, two other major attacks since the Peshawar school strike have both targeted Shia mosques, killing eight people in Rawalpindi and 60 people in Shikarpur. Both were claimed by TTP allies.

Hate speech is directly linked to violence against religious minorities and increasing intolerance in the Pakistani society .

Many of the police operations have been targeting the spreading of hate material and literature, including at mosques and madrassas, most of it sectarian in nature, police officials told Al Jazeera.

“Hate speech is directly linked to violence against religious minorities and increasing intolerance in the Pakistani society,” says Rabia Mehmood, a researcher at the Islamabad-based Jinnah Institute who deals with such cases.

“Hate speech, hate campaigns and hate literature are used to provoke listeners, attendees of sermons, subscribers and followers of certain religious sects and instigate them to kill people who follow minority sects of Islam or religions other than Islam.”

According to Jinnah Institute research, there is a pattern in sectarian attacks, with most being preceded by a push through literature and religious gatherings to create “an atmosphere of hate” in the places where the attacks then occur.

“In more than 90 percent [of the] cases, whenever there has been an incident of violence against Ahmadis, for example, criminal hate speech was used primarily by Almi Majlis-e-Khatm-e-Nabuwwat, a rabidly anti-Ahmadi extremist religious organisation, in that particular area.”

For their part, police say they are using new legislation to crack down on the dissemination of such literature and messages.

According to government figures, at least 2,332 people have been arrested across the country in connection with the dissemination of hate material.

“When it comes to hate material, we are working from several angles, with our own police, and with our intelligence agencies … We arrest those who are selling it, the publisher and try and arrest the authors as well,” says Ashraf, the police officer, adding there is now “zero tolerance” for this material.

But for Mehmood, such crackdowns have occurred before, and they are simply not enough.

“Criminal hate speech and anti-religious minority campaigns have not stopped, hate literature is getting published and distributed also – so whatever it is that the provincial and federal governments appear to be doing is temporary and superficial,” she says, citing a February 6 attack on a Hindu temple and an anti-Ahmadi conference held in Karachi in January.

Another issue has been one of registering and regulating religious seminaries, or madrassas, as mandated by the NAP. According to the government, there are 22,052 madrassas currently registered in Pakistan, but this is likely a small fraction of the actual figure.

Previous attempts to introduce government regulation over the madrassas and their curriculum, which cater to millions of students, have met with failure, as religious political parties have protested what they see as state interference in religious instruction.

“I think that the state should regulate all sectors – they should work to regulate all organisations, including NGOs, schools, universities and political parties,” says Hanif Jallandhri, general-secretary of the Wifaq-ul-Madaris al-Arabia (WMA), a madrassa board associated with the Deobandi school of thought.

The WMA operates 18,677 schools and caters to 2.3 million students, according to its website. It is just one of five major seminary boards that operate in Pakistan.

“They need to not just target madrassas. Up until now we feel like that is what they are doing.”

For police, however, the problem of unregulated madrassas means that they often have no way of enforcing the state writ within the sensitive confines of sites of religious instruction.

“The issue in Pakistan is that it’s a free for all. There are, for example, a lot of foreign students here illegally,” says Ashraf, adding 254 foreigners have been deported from Lahore.

The kinetic reaction of the state has been clear in the almost two months since the Peshawar school attack, but analysts are now concerned about whether gains made through arrests, interrogations or other police operations can be consolidated.

“Can the momentum be sustained? I think the will is there but I am sceptical about the capacity, not because people are stupid but because [state] organisations can and do suffer from bounded rationality,” says Ejaz Haider, a Lahore-based security analyst and journalist.

“That is where Pakistan needs solid political leadership and direction. So far, that is not in evidence.” 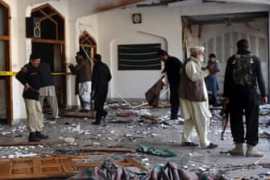 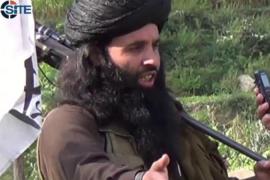 Drone strikes have exacerbated an already tense situation between Pakistan, Afghanistan and the US. 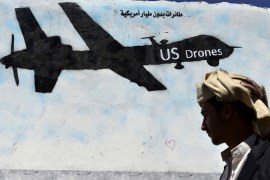 US drone attacks in Pakistan are counter-productive and only help the militants’ cause. 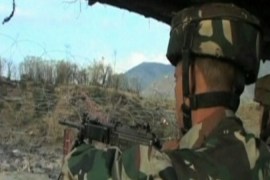