By Lindsay Fendt
Correction2 Dec 2015
A previous version of this article stated that Gerardo Cruz was still alive in the hospital, but he had died on November 19, 2015.

San Jose, Costa Rica – A woman in a dress walks down a crowded pavement, while a man behind her casually angles his mobile phone to film up her skirt.

In all likelihood, similar acts have played out before on the streets of San Jose, Costa Rica’s capital, but it is the first time that the whole country has watched it on video.

Gerardo Cruz, the 22-year-old Costa Rican who captured the scene on his own mobile phone camera, continued recording as he confronted the man about his actions.

The video went viral and Cruz became an instant celebrity, but his new-found fame came at a price. On his way to a television interview about his video, Cruz was stabbed by unknown assailants and died in hospital.

Police say there is no proof that the video was the motive for the stabbing, but Cruz has become a champion in the eyes of the public nonetheless. Activists throughout Costa Rica now use Gerardo Cruz’s name as a rallying cry as a national movement against street harassment gets under way.

“It’s important that people begin to recognise that street harassment isn’t wanted, that it generates fear and insecurity for women,” Gonzalez said.

Costa Ricans are now joining the growing number of groups throughout Latin America that are pushing back against street harassment and machismo culture.

In the past year, women’s rights advocates have held protests and launched awareness campaigns disparaging the ubiquitous catcalling on city streets, while governments throughout the region have responded with legislation designed to curb public sexual harassment.

“We can’t keep living with this machismo, with this sexism,” 23-year-old Maria Fernanda told Al Jazeera during the “Gracias a Gerardo” (“Thank you to Gerardo”) march held on October 18. “We shouldn’t have to feel brave to go out into streets.”

According to Costa Rica’s 2015 State of the Human Rights of Women report, nearly 80 percent of women reported being a victim of street harassment. Other countries in the region report similar numbers.

Two 2015 surveys from the Latin American group Observatory Against Street Harassment found that 85 percent of Chilean women and 90 percent of women in Nicaragua’s capital had experienced some kind of street harassment in the past year. Both of these surveys found that teenage girls were the most common victims, but younger girls also suffer.

“I’ve been a victim of street harassment since I was nine,” said 33-year-old protester Rebeca Perez. “It happened on the pavement in front of my house. This man approached me and started asking if I was past puberty, if I had hair, breasts, all these terrible things. I didn’t understand it until later.”

In a number of cases, these threats move beyond verbal catcalls.

In the same Costa Rican survey mentioned above, more than 20 percent of women reported undesired touching in their school or workplace, and another 16 percent said they had been groped in public.

A 2014 poll by Thomson Reuters Foundation and YouGov ranked Bogota, Mexico City and Lima as the three most dangerous cities for women using public transport, due in large part to sexual assaults.

The assault spurred a wave of outrage in Peru, inspiring the viral video campaign “Silbale a tu madre”, or “Catcall your mother”. The videos staged scenes in which men were tricked into catcalling their mothers, who were in disguise. With millions of views, the videos are Peru’s most viral campaign of all time.

Several months after the release of the videos, Peru passed a law criminalising obscene conduct in public, including verbal harassment. Offenders can be punished with up to 12 years in prison, depending on the severity of the crime.

RELATED: Afghanistan: No Country for Women

Although Peru is the first Latin American country to explicitly outlaw street harassment, Chile, Panama and Costa Rica are considering similar laws, as is the city of Buenos Aires in Argentina.

“We believe that social organisations and movements are playing a fundamental role in drawing attention to street harassment as gender violence,” Barbara Sepulveda, a legal expert with the Observatory Against Street Harassment, told Al Jazeera.

“These legislative initiatives show that it is possible that social movements can influence the public agenda in the eradication of this type of violence,” Sepulveda said.

Not everyone is excited about legislating catcalls away.

Ana Matilde Gomez, a Panamanian politician, was mocked on social media after she introduced a bill in March that would criminalise street harassment. The bill became the butt of crude jokes on Twitter under the hashtag #leyantipiropos – “Law against Pick-up Lines”.

Even supporters of anti-harassment legislation say it is not the ultimate solution to solving sexual harassment in Latin America or the rest of the world.

“These are slow cultural and social processes,” said Gonzalez. “This issue didn’t arise in Costa Rica because of what happened to Gerardo, it just became more visible, raised more voices. We need a cultural transformation to create permanent change.” 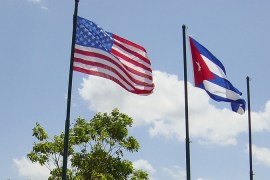 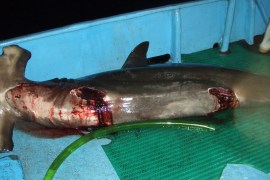