On September 22, 2015, 19-year-old Hadeel Salah al-Hashlamon died after being shot for allegedly trying to stab an Israeli soldier at a checkpoint near Hebron. As a video from PalMedia shows, after being shot repeatedly by Israeli soldiers, including in the chest, she was left to bleed on the ground for several minutes before any medical assistance was offered. Her story adds to a long toll of Palestinian deaths that, since October 2015, have reached at least 94 men, women, and children.

The story of Hashlamon’s death and the scarce media coverage it has received in the West raises some important questions: Where is the feminist outcry against such forms of violence, rooted as they are in colonial, sexualised and gendered registers of worth and worthlessness? When Palestinians are killed en masse for the crime of being Palestinian, as the latest Israeli war on Gaza so clearly made manifest, how do feminist academics bear witness and confront such forms of collective punishment? What feminist tools do they use to make their contestations of Israeli state practices legible to themselves, the students they teach, and to the worlds that they inhabit?

BDS is a feminist issue

The National Women’s Studies Association (NWSA), the largest academic feminist organisation in North America, has put these questions to the test. November 25 will mark the last day for its members to vote electronically on a resolution urging an endorsement of the 2005 call by the Palestinian Campaign for the Academic and Cultural Boycott of Israel (PACBI) for Boycott, Divestment, and Sanctions (BDS) against the state of Israel.

Specifically, the resolution asks feminist academics in North America to stand against “the injustice and violence, including sexual and gender-based violence, perpetrated against Palestinians and other Arabs in the West Bank, Gaza Strip, within Israel and in the Golan Heights, as well as the colonial displacement of hundreds of thousands of Palestinians during the 1948 Nakba“.

Drawing on feminist commitments to anticolonial solidarity struggles against historical and ongoing forms of injustice, the resolution rests on a simple and yet powerful claim: that to remain silent in the face of the myriad indignities, injustices and violence that Palestinians are subjected to at the hands of the Israeli occupation is to side with the oppressor.

It thus makes it clear that the boycott of the colonising Israeli state – a state that targets Palestinians, curtails their life opportunities and choices, and orchestrates their incarceration and death – is an act of solidarity shaped by a politics and praxis central to all decolonial feminist projects. As Brenna Bhandar has argued in a recent article on the links between transnational feminist justice and Palestine: “The animating spirit of BDS, based on a global politics of solidarity, finds a committed ally in a feminist politics that is anti-imperialist and antiwar.”

At the annual conference held in Puerto Rico in 2014, more than 1,000 faculty and student attendees endorsed a letter urging the association’s leadership to “affirm our commitment to including the historical and current injustices in Palestine, among the multiple oppressions we study and teach about“.

In January 2015, the NWSA leadership responded by issuing a ‘Solidarity Statement’ articulating the association’s commitment to “to an inclusive feminist vision that is in solidarity with indigenous peoples and sovereignty rights globally, that challenges settler colonial practices, and that contests violations of civil rights and international human rights law, military occupation and militarisation, including the criminalisation of the US borders, and myriad forms of dispossession”. Importantly, its authors linked support for Palestine with indigenous struggles against settler colonial state formations on a transnational scale.

Although the official leadership of NWSA shied away from engaging in BDS until a resolution was submitted through official association channels, its statement alluded to questions informing boycott debates elsewhere. Namely, it affirmed the association’s commitment to confronting all forms of discrimination, including anti-Semitism and anti-Arab racism, thus rebutting the charge that support for justice in Palestine is anti-Semitic in nature or effect. It also made a distinction between institutional and individual boycotts and acknowledged Jewish and Israeli scholars critical of the policies of the Israeli state.

The statement’s silence on the imbrication of Israeli universities and academics in the colonisation of Palestine and the ongoing atrocities committed against Palestinians, however, left unexplored the link between academic knowledge production, settler colonialism, and state-sanctioned forms of violence. In response to such erasures, the motion currently up for vote by the NWSA membership directly calls for unequivocal feminist support for BDS, highlighting the role that both Israeli academia and the US taxpayer play in past and ongoing injustices against the Palestinian people.

Criticism of this resolution has provided new venues for a set of familiar and predictable refrains. Its opponents wonder whether supporting BDS will mean that Israel will no longer have the right to exist as a Jewish state. There is fear that the boycott will isolate Jewish and Israeli academics seeking a two-state solution and foreclose the possibility of dialogue. Invested in finding solutions for the “conflict”, they worry that the BDS motion targets Israel as an exceptionally aggressive state and, thus, wades into a situation that is altogether too complex to take sides on.

On Twitter and in the blogosphere, some feminist academics have questioned what it means for a feminism publicly committed to engaging in difficult dialogues, a theme of a previous conference hosted by the NWSA, to support the boycott resolution and potentially subvert institutionalised asymmetries of power that structure all relationships between Palestinians and Israelis.

While these issues have been addressed and debated in multiple venues, including the pages of numerous academic associations, they continue to circulate. What is perhaps different about them in relation to the NWSA resolution is that they are shaped by a liberal feminist discourse invested in forms of coexistence, peace, and dialogue adamantly oblivious to issues of power.

At stake in these discursive and political battles is a bigger struggle over what it means to be a feminist academic in North America today.

If the BDS motion up for vote by the NWSA membership proves successful, feminist academics in North America will show that they will not remain silent in the face of Israeli state aggressions or US imbrication in this violence. By doing this, they follow the teachings of black feminist scholar Audre Lorde who in 1978 wrote that “what is most important … must be spoken, made verbal and shared, even at the risk of having it bruised or misunderstood”.

A vote in support of the boycott demonstrates that feminism’s often touted commitment to confronting all forms of interconnected oppression is materially rooted in fighting situations of injustice wherever they are and however complex they may seem.

A vote for the boycott of the Israeli state is a vote for a feminism that takes just sides. It is a vote in favour of a decolonial, collective feminist politics rooted in firm solidarities and coalitions with those who are most oppressed, marginalised, and invisibilised. 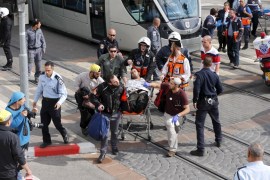 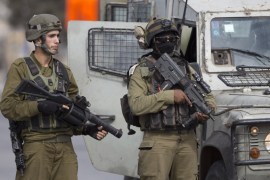