Mark Waters was always someone who worked.

That changed a few years ago when the 32-year-old former delivery truck driver who lives 20 minutes north of Adelaiede, broke his wrist and then, just when things started to get better, he “snapped” his leg while playing sports.

The injuries were enough to keep him out of stable employment for years and forced him to go on a welfare payment from the Australian government for about $350 every two weeks.

“I had to scale back my whole life,” he said. “I had to move out of the house I was living in and move into shared accommodation. We had to watch the power bills, from heating and air conditioning. No internet.”

Earlier this year, Waters qualified for the Australian government’s new “Work for the Dole” programme, a workfare scheme first introduced in the 1990s.

The programme is administered by a network of private companies and helps recipients look for work. Participants are required to perform a number of hours of community work to receive a welfare payment.

In July this year, Work for the Dole was scaled up after a trial period as part of the government’s welfare policy under former Australian Prime Minister Tony Abbott, who argued it would help young people and the long-term unemployed get into the workforce by giving them skills and experience.

But the development has not been well-received by some groups representing unemployed people, such as the Australian Unemployed Workers Union (AUWU). Groups such as the Anti-Poverty Network and AUWU say the measure punishes workers for claiming welfare while only superficially addressing the high unemployment rate.

The reaction has been partly down to a growing number of horror stories from people such as Waters who took part in the programme when he was offered a chance to help restore an old church.

“I was actually quite excited,” he said. “It was a reason to get out of bed in the morning.”

Just a few weeks in, however, Waters’ enthusiasm began to fade as relations between participants and on-site supervisors soured over a growing list of complaints.

Among other things, the site lacked proper safety gear and basic equipment, offered no real training and set the work participants to do “meaningless” work according to Waters.

“We were basically painting the same walls over and over,” Waters said.

In other examples, he also described being made to dig a drainage ditch with a screwdriver and nearly being knocked from a ladder that had been set up in a busy stairwell supported on a block.

Al Jazeera also spoke to Byron Stone, 28, who worked at the same site and had been told to pick clovers from a lawn due to a lack of work.

Then about six weeks ago, a tense moment between Waters and a supervisor escalated to a point where the supervisor verbally abused him, pushing him to make a formal complaint with the company that managed his case.

Almost immediately afterwards, Waters said he received a call telling him he had been found a well-paying casual position at a plastics factory, which he believes was done to make his complaint “disappear”.

“It was a bribe,” he said. “I was quite surprised because I have no experience working in the plastics industry. Never in my life. It was a very surreal experience.”

The experiences of Waters and Stone, who are both now involved with the South Australian Anti-Poverty Network, do not seem to be isolated, with similar stories being shared on a public Facebook group .

In the past, Work for the Dole has also been criticised by the Australian Council for Social Services while groups such as AUWU argue the programme punishes the unemployed and want it scrapped entirely.

However, the Australian government has so far remained unmoved. When contacted, Michaelia Cash, federal minister for employment, said the programme will remain a “key element” of the government’s welfare policy.

“As with the implementation of all new programmes, there will be refinements made based on on-the-ground experience and consultation with industry,” she said.

“The Department of Employment has published net impact studies of Work for the Dole in 2000, 2006, and 2010. All of which have shown that Work for the Dole significantly improves the job prospects of unemployed people,” she said.

On that point at least, Professor Jeff Borland, an economist with the University of Melbourne, disagreed.

“What the best of these programmes do is build up people who are unemployed, build their skills and give them an opportunity to start out in the workforce through an employment placement. And Work for the Dole doesn’t do those things,” he said.

“What they’ve done is taken a bad programme and made it a more important part of the activities that unemployed people are required to do.”

Borland’s research , as well as studies from the US and UK , found that workfare programmes, among other criticisms are overall ineffective and reduce the chance of an unemployed person finding work, when the recipient is shifted onto the scheme they are no longer actively looking for work.

“If you want unemployed people to pay back taxpayers, the best way is to give them serious training so in the future when they rejoin the workforce, they’ll be paying taxes back into the economy.”

The point is also echoed by Australia’s business community.

Jenny Lambert from the Australian Chamber of Commerce and Industry said her organisation wants to see small business play a bigger role.

“We absolutely support the concept of mutual benefit and the government’s commitment to the jobseeker, and the jobseeker making a commitment for the transfer payment they are receiving,” Lambert said. “But we think Work for the Dole is too limited in that it is only limited to community programmes.”

As for Waters, he currently works at the plastic factory. He said he hopes this will lead to something permanent. Otherwise, he may end up back on government support, a dim prospect.

“At the time, it felt like I had been given a $2,600 fine for being poor and the government was nice enough to let me work it off,” Waters said.

“The government says they’re building people’s confidence and giving them skills, but there is no training and it damages people confidence.” 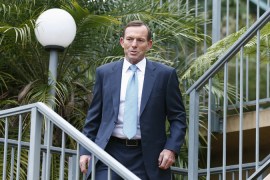 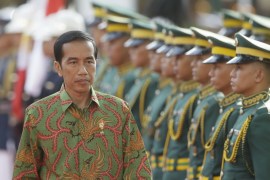