Glasgow, Scotland – During last year’s independence referendum debate in Scotland, advocates of Scottish statehood often boasted of an entrepreneurial land that, over the course of its long history, frequently punched above its weight.

Everything from the discovery of penicillin to the invention of the television, telephone, and pneumatic tyre can be traced to a hard working Scot who dreamed bigger than his own horizons.

In modern Scotland, another famous Scottish export continues to endure – Scotch whisky. This liquid gold, a favourite of both the casual and connoisseur drinker the world over, is today synonymous with Scotland, enticing tourists to visit its many distilleries in the country’s highlands and lowlands to taste some of the finest single malts on the planet.

Yet, Scotch whisky’s pre-eminence is facing a challenge.

In Asia, whisky producers have begun to stake a claim as serious rivals to Scotland’s national tipple with Japan at the forefront.

Reflecting this, the Whisky Bible 2015 compiled by whisky expert Jim Murray gave the title of world’s best whisky to a Japanese single malt – the Yamazaki Single Malt Sherry Cask 2013 – with Scotch not even making the final five shortlist. To add insult to Scots’ injury, an English offering grabbed “European Whisky of the Year”.

“Humiliation” and “a wake-up call” for Scotch whisky were just some of the headlines that followed Jim Murray’s 2015 review – the first time in the book’s publishing history that a Japanese whisky landed the title.

According to Tatsuya Minagawa, however, Japan’s achievements have been well earned.

“Consumers are always looking for something new and Japanese whisky is one [such product],” said Minagawa, a Japanese-born whisky aficionado who owns the Highlander Inn, a hotel and bar in northern Scotland.

“But it’s also [thrived] through the quality of the whisky … It’s in our national character. We don’t do a half-job – we do it correctly,” Minagawa explained.

Japan is the world’s third largest whisky producer behind Scotland and the United States.

Its desire to master the art of whisky production began less than 100 years ago when Masataka Taketsuru left Japanese shores in 1918 to study the art of whisky-making in Scotland, where the spirit has been distilled since at least the 15th century.

Just several years later, the Glasgow University-educated Taketsuru – today known as “the father of Japanese whisky” – returned to his homeland with the requisite knowledge – and a Scottish wife.

There he began working for Kotobukiya – later the Japanese drinks giant Suntory – where he was handed the responsibility for constructing the nation’s first commercial whisky plant at Yamazaki.

In 1934, he branched out on his own, establishing Nikka Whisky, and building its first distillery in Yoichi, Hokkaido.

That is one reason why the rise of Japan in the global whisky industry has surprised many, said Minagawa, who first fell in love with whisky when he tasted Ballantine’s 17 Year Old Scotch as a young man.

“The number of distilleries we have here in Scotland and the number back home in Japan can’t be compared – Japan is still a small production.”

Yet, according to SWA’s spokeswoman Rosemary Gallagher, the success of Japan – and indeed Taiwan which won the “World’s Best Single Malt Whisky” in the 2015 World Whiskies Awards – hasn’t come as a shock.

Gallagher told Al Jazeera the popularity of Japanese whisky is a positive outcome for the world whisky trade as a whole, and its success has reflected well on Scotch whisky itself.

“The background of Japanese whisky owes quite a lot to Scotland and Scottish distillery techniques,” she said, referring to Taketsuru and his Scottish wife, Rita Cowan, who is also credited with pioneering the Japanese whisky industry. “So their success reflects what they learned from us.”

RELATED: Getting away ‘Scot-free’ from alcoholism

That said, most industry analysts accept that Scotch whisky’s dominance – accounting for 25 percent of total UK food and drink exports – should not be taken for granted. They say Scotland’s precious commodity should always be prepared for serious competition on the world stage.

“There is a challenge [from Asia] and there is an important incentive to keep innovating and keep releasing your best whiskies rather than the ones that will [just] sell,” said Sam Simmons, a globally recognised whisky expert who plies his trade under the name Dr Whisky.

“As long as Scotland views the opportunity for not just creating whiskies for the [supermarket] shelf, but for inspiring inquisitive drinking, then I think it’s a level playing field. Scotland has just as many killer offerings as Japan or Taiwan,” Simmons said.

Fending off the challenge from bona fide whisky producers in Japan and Taiwan may not give the Scotch whisky industry sleepless nights quite yet. But, the rise of Asia in the world whisky market will, if nothing else, keep the globe’s most established and best-known producers of this expensive liquid on their toes.

Whatever lies in store for world whisky producers as they fight it out to make a dent on Scotch whisky in the coming years, Simmons said Scotland’s great export has a particular type of “tradition, prominence and credibility” that few of its rivals could ever hope to match – let alone surpass.

“The perception out there in the world is that Scotland is the first and best because of the reputation that has been established,” he said. “It is a hard thing to undo.” 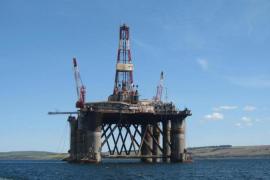 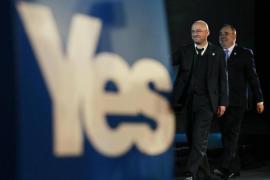 An Independent Scotland would be good for the world

A year from today, Scotland will be in a position to become the master of its destiny, potentially gaining independence. 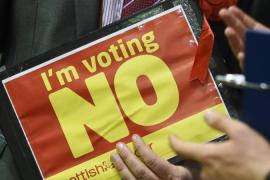