Washington DC – At a time when there is a dire need for assistance in Europe and the Middle East to counter the refugee crisis in Syria, the US government’s main international aid agency is a ship without a captain thanks to a Republican presidential hopeful who’s blocking the White House’s nominee for the job.

And, according to a US government source, there is no end in sight in spite of negotiations to end the impasse.

“It’s important to remember that these crises, and the future ones which will no doubt erupt, require the input of multiple US agencies, all of whom have a leader in place,” said Casey Dunning, senior policy analyst at the Center for Global Development.

“Without a leader, USAID is automatically handicapped going into policy conversations on any crisis.”

Back in April, Smith, a senior adviser on development and national security to Obama, was nominated to fill the vacancy left by Rajiv Shah, the USAID administrator.

Shah left the agency earlier this year and is now a distinguished fellow at Georgetown University in Washington, DC.

“Should I have the honour of serving as administrator, you have my word that I will be ambitious but focused, that I will not downplay challenges but seek your help.”

Her hearing was met mostly with praise from US politicians and she was unanimously confirmed during a committee vote.

But under the rules of the US Senate, if one elected official has a problem with an appointment, they can request a “hold” on it.

Cruz has made a point of blocking Obama nominations to key positions to express his opposition to some of the president’s policies.

Don Stewart, spokesperson for Republican Senate Majority leader Mitch McConnell, confirmed to Al Jazeera that Cruz is the only thing in the way of Smith getting the job.

At a time of enormous urgency around the world, we must have a Senate confirmed USAID administrator.

Cruz is vehemently opposed to a deal with Iran over its nuclear programme, negotiated and agreed to by the White House back in July.

That deal between Iran and the so-called P5+1 countries (US, Russia, China, France, the UK and Germany) would lift decades-old sanctions on Iran in exchange for Iran’s promise to pursue a peaceful nuclear programme.

The deal was formally adopted on October 18 and the US has already begun taking steps to implement it.

Cruz is upset by the lack of scrutiny given to the US Congress by the president both leading up to the agreement and afterwards.

In a letter to Obama in July, Cruz stated that unless Congress was given sufficient oversight on the deal, “I intend to block all nominees for the Department of State”.

A spokesperson for Cruz would not return email requests on just how long Cruz plans to block the nominee.

On Thursday, during a Senate hearing, Cruz called the Iran deal the “worst betrayal” and a “national disgrace”.

The White House is urging Cruz to change his mind.

“At a time of enormous urgency around the world, we must have a Senate-confirmed USAID administrator.”

The Smith delay is similar to one earlier this year which prevented Obama’s nominee for attorney general, the country’s top law enforcement official, from getting the job.

Loretta Lynch’s nomination fight lasted five months and was fuelled by a disagreement between Republicans and Democrats over abortion language in a sex trafficking bill in the US Congress.

USAID is the primary distributor of US humanitarian assistance globally.

The agency was crucial in helping combat the Ebola virus in West Africa, getting assistance to Nepal following the devastating earthquake in April and helped provide shelter to people displaced by fighting in eastern Ukraine in 2014.

USAID has been largely responsible for funnelling $4.5bn in humanitarian assistance, the biggest contribution of any country, to the Syrian people who’ve been caught in the midst of a civil war. 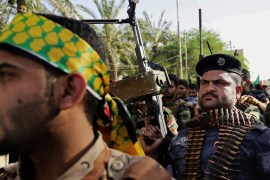 Bills to arm Kurdish and Sunni forces directly in the fight against ISIL have met with criticism from Shia politicians. 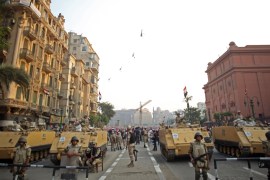 The resumption of US military aid to Egypt shows just how far the pendulum has swung away from reform.