Pakistan wants peace, but it has no plans to slow down its nuclear weapons programme, either.

That was the message from Pakistani Prime Minister Nawaz Sharif this week in Washington. Problem is, that desire has caused problems with the White House.

So much so that the prime minister’s visit this week turned out to be nothing more than a courtesy visit.

Pakistan’s nuclear weapons programme is growing quickly. In February, it launched an updated version of its long-range cruise missile, the RA’AD, capable of carrying a nuclear warhead 350km.

A report published on Thursday in the Bulletin of the Atomic Scientists  states that Pakistan has a stockpile of 110-130 warheads, up from 90-110 in 2011.

In public remarks on Friday in Washington, Sharif told an audience that although Pakistan is fully committed to “non-proliferation and disarmament”, he accused neighbouring India of a “major arms build up”, adding that, for that reason, his country needs to take, “several countermeasures to preserve credible deterrence”.

He reiterated Pakistan’s desire to become part of the Nuclear Suppliers Group, an organisation of states that rubber-stamp the import and export of nuclear technology for peaceful purposes.

But the US, like many other countries, is concerned about the growing nuclear arms race in South Asia and the proliferation of nuclear technology in the region.

Indeed, a senior White House official reiterated to Al Jazeera, “we are not seeking an exception for Pakistan within the Nuclear Suppliers Group to facilitate civil nuclear exports”.

The talk of nukes is one of the reasons the US and Pakistan’s relationship has faltered recently. A recent New York Times report stated the US was attempting to secretly convince Pakistan to limit its nuclear programme.

That article upset the Pakistanis.

Moeed Yusuf, a South Asia analyst at the United States Institute of Peace, said the US-Pakistan relationship is “a mess” as a result. 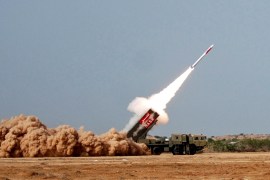 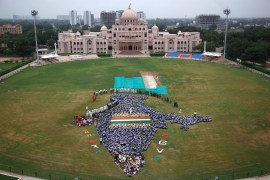 India and Pakistan mark the day they gained freedom from the British colonial rule in 1947.