Ivory Coast is no longer reeling from violence, it’s now well and truly on its way back up.

Abidjan was once called the Paris of West Africa – developed and cosmopolitan. But civil war, unrest and post election violence in 2010-2011 set the country back and scared investors off.

Since winning that election, President Alassane Ouattara has been on a spending spree, sinking billions of dollars into the country’s infrastructure.

Ivory Coast has always been a transit economy – a gateway to neighbouring countries. From its expanded port to new roads goods can now get in and out much quicker.

And it’s been paying off, attracting investors and stimulating 9 percent growth a year – more than double the continent’s average.

“You have to save”

We turned up at the African Development Bank unannounced. Well, I’d sent a few emails but nothing had been confirmed.

That situation can go one of two ways but fortunately luck was on our side as, near us in the cafeteria where the media liaison officer directed us, was the bank’s chief economist and its Vice President.

Steve Kayizzi-Mugerwa allowed us to interrupt his lunch for an interview – we discussed the bank’s recent return to Abidjan after years away to avoid all the violence.

On Ivory Coast’s comeback he said it’s usual for post-conflict countries to experience a jump in growth but the trick was sustaining that growth; “the lessons are that you have to quickly get the basics going and also to make sure that business people come in quickly. In a lot of places like this you have an opening up, peace, but then a whole lot of controls that hinder the business environment.”

Basically, too much regulation and red-tape.

With an economist of his standing it would have been remiss of me not to hit upon wider topics, like the effect of the commodities slump on many African countries; South Africa, Botswana and Zambia have all been taking a hit.

Kayizzi-Mugerwa said the mistake many governments (not just African ones) make is that they don’t treat their national budgets like they should their household ones; “during times of boom, it could be copper, cocoa or oil, when things are happening and prices are up these governments always think these things will last forever and they are shocked when they don’t.

“But you have to save a bit, put something aside – so that during the more difficult times, which are bound to come, then you have the capacity to create resilience and wait for another sunny day”.

The weather may have cleared in Ivory Coast which has a much brighter economic future now but clouds could roll in again. I hope there’s something in the piggy bank for that day. 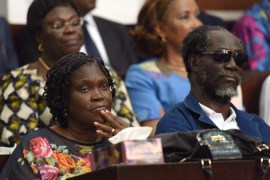 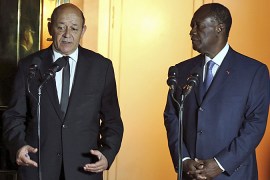 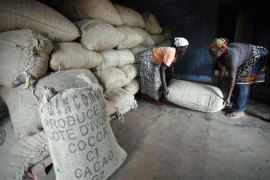 Former rebels now serving in army enter TV and radio headquarters as part of protests over unpaid pay and bonuses.