Adelaide, Australia – Over the past year, Russell Howarth has been waging a campaign against ride-share company Uber by performing citizen’s arrests on its drivers.

The 47-year-old ex-British police officer has nothing personal against individual drivers, his fight is against Uber, a company he describes as a “cartel-like” organisation involved in a “criminal conspiracy” to break the law, a fact it does not reveal to “driver-partners”.

“They are exploitative,” Howarth told Al Jazeera. “The first guy I arrested, he said he was unemployable. They gave the guy $500 as a start-up bonus, and he couldn’t say no. And the guy was useless. His car was full of monkey nuts. I actually felt sorry for him.

Uber is currently illegal in Australia, but even so, most – if not all – the drivers Howarth has citizen-arrested have been let go by police, who could not identify a charge.

For its part, Uber has repeatedly denied its service is illegal and has moved to stop Howarth by taking him to New South Wales state’s Supreme Court. That case began last Tuesday, and Howarth said he believes it will have significant ramifications for the company.

Al Jazeera contacted Uber, but the company did not respond and has previously declined other media interviews for stories featuring Howarth.

Howarth’s Supreme Court case is not the only legal action Uber has been fighting in Australia. To date, the company has refused to engage with regulatory authorities, arguing it does not provide a taxi service and that existing regulations do not apply to it.

Part of this debate has centred on the price of taxi licences, which varies across the country, but in Sydney can go for $400,000 each.

The refusal of Australian authorities to back down has at times made for a cat-and-mouse game between transport inspectors and the company on the streets.

While transport authorities have set up sting operations to catch and fine Uber drivers, the company has fought back by tracking the mobile phone numbers of inspectors and banning matching accounts.

“What Uber is doing is playing the long game,” Sarah Kaine, a lecturer at the University of Technology Sydney, told Al Jazeera.

“They seem to be systematically saying that whatever the regulation is, wherever it is, they’re going to challenge those regulations wherever they are.”

What makes Uber unique is its direct, head-on approach; but Kaine warned: Even if Uber is successful, there may be consequences.

While other companies traditionally take a more subtle approach to change the business environment, Kaine said research shows lobbying and campaign contributions are not always effective.

“The sexy part of this is that it’s a shared economy; it’s a business model. But Uber’s motive is about making profit – the same as any big company,” she said.

“We have regulations to make sure that business can operate within society’s acceptable bounds. What we have to think about is how these boundaries change when a new business comes in who thinks in a slightly different way.”

RELATED: Uber and the sharing economy

Some Australian jurisdictions, such as the Australian Capital Territory (ACT), announced recently it would legalise and regulate the insurgent ride-sharing service on the streets of the capital Canberra at the end of October.

Not all have welcomed the reform with the Australian Taxi Industry Association’s CEO Blair Davies releasing a statement in response, calling the change “rushed and flawed” and a solution made “for Uber’s benefit”.

“If Uber can go to New York City and comply with all of its licensing requirements, it must be possible for it to do exactly the same in Australia,” Davies said. “The ACT government didn’t need to cave in to Uber’s pressure to lower safety and service standards. It shouldn’t have even blinked.”

Should other states and territories follow, it would put an end to crackdowns against the service that recently saw 40 Uber drivers issued suspension notices in New South Wales in one week.

It is an outcome that Eric Windholz of Monash University’s law school said would be a good thing.

While Australia has not seen the same kind of high-profile prosecutions as in France, where two Uber executives each face five-year jail sentences, a case involving 12 Uber drivers in a Melbourne Magistrates’ Court began last week.

Windholz said innovation has always challenged existing legal frameworks, and it would be reactionary to attempt to criminalise new players.

“You design a regulatory regime based on one paradigm, and all of a sudden, you’re faced with an entirely different paradigm. Governments and regulators are continually trying to balance competing interests,” explained Windholz. 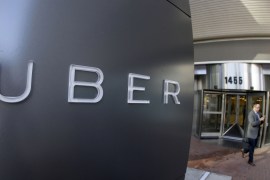 United States judge allows lawsuit by Uber drivers who claim they are employees, not contractors, and deserve benefits. 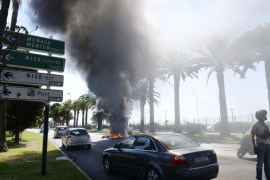 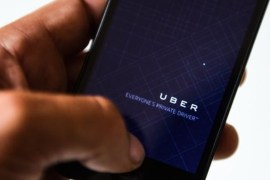