It was 30 years ago on Sunday when activist Alex Odeh entered the offices of the American-Arab Anti-Discrimination Committee in Santa Ana, California, and a pipe bomb exploded – killing him and wounding seven others.

A Palestinian Christian from Jifna who published a poetry book on Palestine called Whispers in Exile, Odeh was reportedly targeted by Jewish Americans who, in the 1980s, stepped up violence against pro-Palestinian activists in the United States.

The attack was quickly declared a civil rights violation and a hate crime and was turned over by local police to the FBI, which continues to offer a $1 million reward for information on the killing.

“This unresolved case is a social injustice,” Congresswoman Loretta Sanchez, whose 46th district includes Santa Ana, told Al Jazeera. She joined a chorus of calls from community leaders and activists urging the FBI to make this case a priority.

“This year marks the 30th anniversary of Alex Odeh’s murder, and his community and family has yet to gain closure and justice for his death. I am frustrated with responses from the FBI and Department of Justice since Odeh’s assassination,” said Sanchez.

“I will continue to fight for answers to Alex’s death and bring those that killed him to justice. We must remember what he stood for and what he dedicated his life to: the pursuit of civil and human rights, as well as peace and mutual understanding between our diverse communities.”

Officials of both the FBI and the US Department of Justice told Al Jazeera resolving the case remains a priority.

“The FBI has not allowed the memory of Mr Odeh to fade due to the passage of time,” said David Bowdich, the assistant director of the FBI’s Los Angeles Field Office.

“While exhaustive investigation has been conducted over three decades on this case, members of the Joint Terrorism Task Force continue to investigate proactively and generate new leads. I am hopeful that one day we will solve this case and deliver justice to Mr Odeh’s family.”

No person has been charged with the murder, and no suspects have been named, but community activists continue to point to two American Jews and former members of the Jewish Defense League who fled to Israel.

“The US Attorney’s office supports the FBI’s continued investigation into this case, and our thoughts are with the family of Alexander Odeh, his friends, and the Arab-American Anti-Discrimination Committee on the 30th anniversary of his murder,” said US attorney Eileen M Decker of the central district of California.

“Although the efforts of many dedicated prosecutors and agents over the last 30 years have not solved this case, it remains an active investigation, and we stand willing to prosecute this case when we obtain sufficient evidence to do so.”

Fatina Abdrabboh from the American-Arab Anti-Discrimination Committee said justice demands that the perpetrators be held to account.

“It’s something that must be done,” Abdrabboh said. 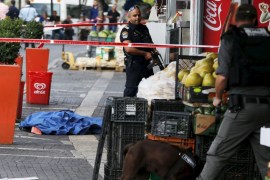 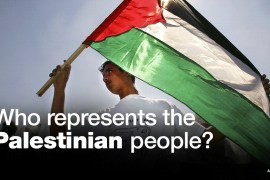