A day after US President Barack Obama praised the people who protect him, a new report did just the opposite, reigniting controversy at the US Secret Service.

An investigation by the US Department of Homeland Security’s Inspector General (IG) found that members of the Secret Service accessed the agency’s database at least 60 times seeking information on Republican Congressman Jason Chaffetz in what appears to have been an attempt to smear him.

“We have concluded that a vast majority of those who had accessed the information did so in violation of the Privacy Act,” stated the report.

On at least one occasion, the investigation found an individual disclosed confidential personal data, including the Congressman’s social security number, to an outside source.

Chaffetz had been critical of the agency following a series of gaffes and security breaches around the White House.

In September, 2014, an American war veteran scaled the north fence and managed to make it through the front door of the White House before being tackled by agents. That prompted Secret Service director Julia Pierson to step down. In another incident, two inebriated Secret Service officers reportedly crashed a car into a security barrier.

During a Congressional committee hearing in March, Chaffetz attacked the agency’s responses to the security mishaps chiding Pierson’s successor, Joe Clancy, saying, “I want to let you know that ‘I don’t know’ is not going to fly in today’s hearing.”

Following that, Ed Lowery, an assistant director at the US Secret Service, said in an email to a colleague, “Some information that he [Chaffetz] might find embarrassing needs to get out. Just to be fair.” Two days later, the Daily Beast published an article reporting that Congressman Chaffetz’s employment application had been rejected by the Secret Service in 2003.

Chaffetz’s office immediately demanded an investigation into the leak. The IG report does not identify the individual responsible.

Meanwhile, Chaffetz issued a statement saying the data breach, “was a tactic designed to intimidate and embarrass me and frankly, it is intimidating.” 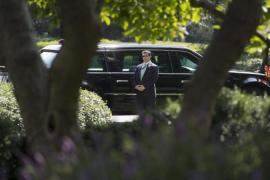 US Secret Service is broken: How can we fix it?

The problems plaguing the US Secret Service are not recent and they won’t be fixed overnight.