When you supply the world with a tenth of its oil, your importance cannot be exaggerated. And that’s why the attention of the world will be on the new king of Saudi Arabia for any signs of a change in policy.

King Salman takes the reigns after King Abdullah passed away on Friday morning.

With almost $800bn in reserves, Saudi Arabia has been using its financial might to maintain its grip on the oil market, allowing prices to plunge to wipe out competition, mainly in the Texas shale fields.

Will that policy continue? That depends on whether the new king keeps oil minister Ali Al-Naimi in place.

Under King Abdullah’s rule most problems could be wished away with money. In 2008, a $400bn stimulus package was introduced as the North Atlantic financial crisis took its toll on the world economy.

Then in 2010, a $384bn five-year development package was introduced to bring down stubbornly high unemployment. And as the Arab Spring rolled across the region another $130bn dollars was spent.

Just before King Abdullah’s death, I had an email exchange with Ghassan Chehayeb, the founder and chief investment officer of Sancta Capital, about the king’s legacy. And this is what he had to say.

– King Abdullah officially assumed the throne in 2005, but has largely been seen as the de facto ruler of Saudi Arabia since the mid-1990s. In economic terms, has his rule been good for the country?

Pursuing economic reforms while maintaining fragile social order has by far been King Abdullah’s biggest challenge since coming to power in 2005. The reality is that in the aftermath of the “Arab Spring,” economic reforms took a back seat as evidenced in the successive increases in government spending since 2011. This has predominantly been on account of the mushrooming public sector wage bill and the kingdom’s funding of various political factions across the region.

The focus of the authorities in recent years has been on the labour market where some radical initiatives aimed at increasing Saudi participation in the private sector have been implemented. These measures were successful in reducing unemployment and broadening the opportunities available to the kindgdom’s fast-growing population – more than half of whom are under 25 – but have unfortunately yielded a decline in labour productivity. To be able to see the value of these initiatives, the government must couple labour reforms with educational reforms, and in there lies one herculean task. The vested interests in the education sector have thus far resulted in very little progress on that front, and it is very difficult to see how that could change in the near term.

– Has the country been able to expand its economy beyond oil?

Genuine attempts are being made to grow and diversify the Saudi economy beyond oil. For instance, incentives were put in place to increase private sector participation yielding very positive results in the power generation and telecommunications sectors. The kingdom, at the behest of King Abdullah, acceded to the World Trade Organisation which has since markedly increased foreign direct investment.

Having said that, there are several socioeconomic and geopolitical factors pulling in opposing directions that have resulted in little material progress on the ground. The numbers speak volumes – the petroleum sector today accounts for roughly 90 percent of budget revenues, 90 percent of export earnings, and 55 percent of GDP.

– What next under the Crown Prince Salman?

Investors draw a great deal of comfort from the appointment of Prince Salman as first in line and Prince Muqrin as second in line, which definitely creates a sense of continuity in leadership for the foreseeable future, and hopefully further reforms albeit at a slow and measured pace. 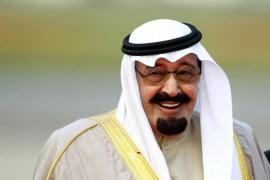 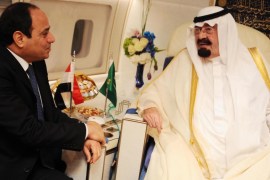