Samar Alzeiny was hysterical, screaming so much that the neighbours rushed around to check she wasn’t being attacked.

We’d arrived at her Sydney home to do an interview about her brother. Detained for more than a year on Manus Island after trying to come to Australia by boat, his sister says Faizal Alzeiny is now mentally unwell.

In protest at his detention, and possible resettlement in Papua New Guinea, last week he swallowed razor blades.

Samar had just come off the phone to him – “He is not well.  He is not my brother” – and had started another call with Amnesty International in Australia.

From them, she was trying to get advice on what she could do.

Who could she speak to in the Australian government? What lawyers – or doctors – could help?

I could not hear the other end of the conversation, only Samar’s. But it didn’t seem like the options she was hearing were good.

As far as I know, Faizal Alzeiny is still in the hospital in Papua New Guinea’s capital, Port Moresby, from where he’d talked to his sister.

As far as I know, he is still alive.

As far as know, so are all the other detainees on Manus Island although many – possibly most – are protesting against their detention, it seems, with a hunger strike.

But I cannot know for sure.  Because exactly what the situation on Manus Island is like is very hard to gauge.

When they do, it often proves inaccurate.

Visa applications from journalists wanting to travel to PNG to report from Manus Island are ignored.

So, with respect to the minister, I do not vouch for the accuracy of what follows. I can only post the information I have received and how I received it.

I do this with the aim of transparency to explain how difficult it is to get verifiably accurate information about a group of people being held in a facility closed off to independent scrutiny.

On Friday, I called Ian Rintoul – an impassioned advocate for what many consider an extreme position in Australia: the rights of refugees who come by boat to be given protection, and resettled in Australia.

Although Rintoul has, in the past, exaggerated the plight of some refugees, his contacts with people in detention camps and their families in Australia have been good.

His information in the past, while not 100 percent accurate, has proved more reliable than the Australian government’s.

When protests spilt over into violence on Manus Island last February, for example, Rintoul’s first account of what was going on proved much more accurate than the Australian immigration minister’s.

Scott Morrison’s eventual account was closer to Rintoul’s initial account than it was to his own early briefings.

So, on Friday, I asked Rintoul for the contact details of a relation of someone being held at Manus Island.

He gave me Samar Alzeiny’s number.

On Friday, I interviewed her.

Mr Rintoul also asked whether I use the message-sharing app WhatsApp on my phone. I do.

Rintoul asked whether he could pass my details on to a detainee he said was on Manus.

Minutes later, I was contacted by someone who claimed a detainee within the Manus Island camp.

He’s requested I don’t use his name, though I know it.

The man claimed to be a Kurd from Iran – and a former journalist.

One of his [figure 1] first messages – on Sunday – said that “four more people attempt [sic] suicide in Foxtrot” [one of the camps within the Manus Island compound].

He said he’d heard of other attempts in other camps but not seen those himself. Some, he said, “drank mosquito repellent” others, he said “drank shampoo and washing power”.

He sent a shaky video [on the right] of men sprawled over the floor, fans whirring in the background and another [3] of a man being transferred onto a stretcher.

I asked him [figure 4] why he was scared of being resettled in PNG.

“Won’t it be better than [the] detention centre?” I said

He replied that they “don’t have any safety in PNG” that last year “they attacked us and killed one of us”.

In a series of messages back and forth, he went on to describe what he called a “critical situation” with hundreds of asylum seekers weak and many passing out as a result of a long hunger strike.

On Monday, the person texting changed, even though the number stayed the same.

The person who took over also said he was from Iran.  Again, I have his name but have agreed not to publish it here.

As he was texting from a PNG mobile number, I asked whether I could interview him by phone.

He agreed. Just before I phoned – at 15.48 PNG time – he said “PNG police and Australian guards” were “storm[ing]” the compound, “draging [sic] people on the ground” and “beatin people up”.

I called.  We spoke.  Three times.

He repeated and expanded on what he had texted: “They are storming the compound now.”

They are “dragging people along  the floor”.

They are “standing on people’s heads”.

But each call was quickly interrupted.

After 15 seconds the first time, 10 seconds the second time and  about five the third, the line became scrambled.

I could not hear what was being said.  The conversation began again by text [figure 5], and then I received an  audio file.

At that point the immigration minister’s press spokesperson called me I’d been leaving messages and emailing for more than 24 hours.

I asked him about  guards entering the compound.

He had no comment. He suggested he send through a statement from earlier in the day, which he did, [7] and [8].

I asked  whether there would be an updated statement in the light on the developing situation over the afternoon.  He said “possibly”. But, on Monday, nothing further came through.

I sent the government statement to my Iranian contact on WhatsApp. “They are layer” he said .  I think he meant “liar”.

Over the course of Monday evening, further messages and audio files came through.

A series of those purported of the voice of a Sudanese refugee, claiming that over the course of the afternoon detainees were “beaten, one by one” by guards and police and that 58 people were taken away – apparently to the “really awful Lorengau prison”, “without lawyers”.

The detainee speaking in the audio file says Papua New Guinea is a country that is “not safe” worse than the countries the asylum seekers fled.

“We have witnessed bloody fighting outside every day they knife each other, they are using the local weapons – they kill each other.”

Scheduled transfers of some detainees into the community – scheduled for January 22 – are what the detainees are protesting against, he says.

They request either to be brought to Australia, or handed over to the United Nations.

He claims peaceful protest, a hunger strike, will continue until people die, or until Australia realises that, when it comes to refugees, Australia is not above the law.

The protesters have already lost everything, he says. If they die, at least they will die with dignity.

The audio message was split into 13 40-second chunks: one of those chunks is here.

Late on Monday, I asked a question I’d be pondering all day. If conditions are spare and as desperate as alleged, how are detainees able to use a phone and the internet to get all this material out?

A phone was smuggled in, I was told bought from local people with cigarettes.

The most recent messages – on Tuesday – say 910 remain on hunger strike.  At least 15, one message says, had collapsed before noon.

I’ve had a number of photographs through too and a picture of a handwritten letter to President Obama, asking to be “rescued” from “hostage takers”.

I cannot be 100 per cent sure that the people sending the messages are not sitting in a room in Sydney, that the audio files are not being recorded in Tehran, or the photos being faked in Malaysia.

But I doubt it.

The facts, if not the tone, of almost everything I heard from my contacts on Manus yesterday has since been confirmed – on a watered-down basis – by either the PNG or Australian governments.

Most recently – mid afternoon on Tuesday – Australia’s immigration minister has put out a statement condemning those “transferees” who “had continued to engage in violent and aggressive behaviour, despite extensive efforts by staff to diffuse the situation and resolve unrest”.

Staff at the centre, says Peter Dutton, had used only “minimal force” on Tuesday, in one area of the camp.

I’ve posted this background to give an idea of the restrictions under which journalists reporting this story are working to show the difficulties involved in getting, and verifying information.

For Australia’s government, of course, Manus Island is explicitly about deterrence.

The situation – and stark choices – facing the men there are supposed to be confronting: deterrence to others thinking of taking boats to Australia.

“If you come, you’ll face this unpleasant situation too” is the message.  And it’s hard to deny it’s worked. Or at least it has by the narrow criteria of “stopping the boats”.

But does it all need to be done in such an oblique way?

It’s not just journalists who are banned. Human rights organisations too are kept out too.

Amnesty International were last allowed to visit in March 2014 when a representative was given a “tour” but not allowed to conduct face-to-face interviews.

A former guard at Manus Island told Australia’s ABC on Monday night that he couldn’t see what the end game was and he couldn’t see how the situation on Manus could possibly end well.

From my exchanges over the last 72 hours, it is hard to disagree. 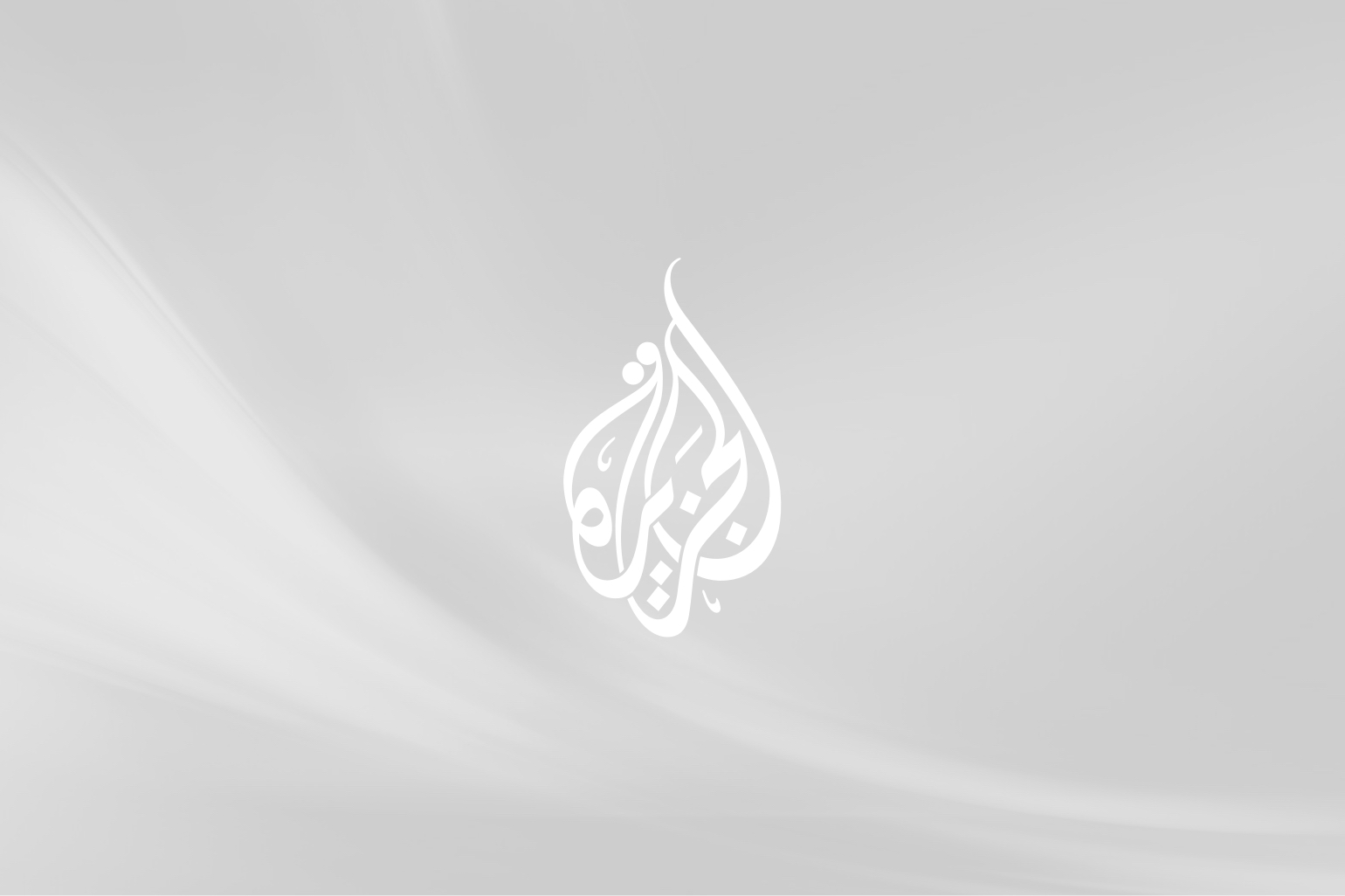