After decades of flocking to traditional livestock markets in the run-up to Eid, an increasing number of breeders and buyers in India are now heading online to haggle a good price for their prized animals.

Goats, sheep and cows are slaughtered worldwide to celebrate the major Muslim festival of Eid al-Adha, which starts on Thursday this year.

Muslims sacrifice livestock on Eid and share the meat with family, friends, and the poor to commemorate the Prophet Ibrahim’s (Abraham) willingness to sacrifice his son Ismail (Ishmael) at God’s request.

India’s markets have long been bursting with breeders and buyers in the run-up to Eid, with feverish negotiations for the thousands of specially bred animals.

But farmers said they were increasingly moving to India’s popular online classified portals, like Quikr and Olx, for easier and stress-free sales.

“I am getting 10 to 15 calls every day,” Qaiser Khan, from the northern state of Rajasthan, told AFP news agency.

Khan said he usually travelled to markets throughout Rajasthan in the lead-up to Eid, keeping him away from home for weeks. But this year, he has sold half a dozen goats online, including one for $3,800.

“This is also hassle-free for customers. We deliver to their doorstep. Most of my friends are selling their livestock online,” Khan said, adding that his most prized goat has been fed almonds and milk for the last year.

A search of the sites shows a multitude of photos of “premium” and “big black” goats offered.

Those camped out at a traditional market in New Delhi’s old city shrugged off the online competition, saying customers preferred to see animals in the flesh before choosing one.

“Sales are yet to pick up, but there will be no impact on our business,” Juma Shah, from northern Moradabad city, told AFP.

“The goats sold online are costlier than [those at] this market,” he added.

Altamash Qureshi, who is selling four goats for a whopping $60,600 in total, said online shopping lacked the charm of traditional markets.

“The market has got its own charm, and nothing can match it. I am getting customers for the goats amid this muck and foul smell,” he said. 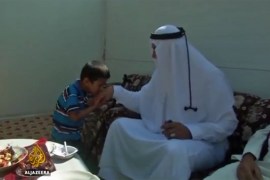 Children have been making the most of the Muslim festival, despite their harsh living conditions. 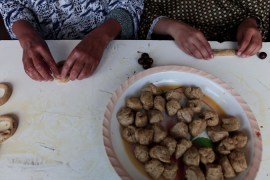 Displaced Palestinians are baking traditional holiday cakes under Israeli bombardment, to bring joy to their children. 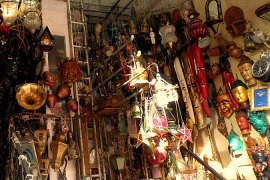 Recycled goods from cars, mobiles and computers much in demand as salaries fail to keep pace with rising aspirations.