It is a matter of press freedom, albeit with a different interpretation. It is about money, control, and it is all about sport.

It is no secret that sport and the media need each other. Broadcasters provide the money, oxygen and exposure for sports to function. In return, sport provides viewers, readers, online hits, advertising and sponsorship dollars, content. And, at a professional level, fans do not get one without the other.

But, increasingly, the power in this mutually beneficial relationship is sliding in the favour of sports governing bodies, organisations and clubs.

Behind the broadcasters who pay top dollar to the sport rights, there are the rest of us, including Al Jazeera English.

Journalistic organisations trying to report on sport, find stories, tell stories, keep the public aware of important issues. And it is a job that is getting harder to do.

As the Rugby World Cup kicks off in England, Australia’s leading print organisations will not be in the press box. They are protesting World Rugby’s terms and conditions for journalist accreditation which included restrictions on how much video they could show online, and for how long. Even restrictions on advertising that accompanies tournament coverage. Their conclusion: their coverage would be better by having journalists watching games in front of a television, rather than in the stadium itself.

In order to report from this year’s Australian Open tennis tournament, Al Jazeera English was told we wouldn’t be permitted to even stand outside Melbourne Park without making a payment to tournament organisers. This was also the case for this year’s Dakar Rally and IAAF World Championships. Both were offering “news highlights” as part of this “financial arrangement”. Al Jazeera English refused to pay on all three occasions.

Surely the ability to report independently is compromised if you are lining the pockets of those you’re reporting on.

The warning signs are everywhere. They are in Australia where the AFL hires over 100 journalists to work for the league’s website, yet fiercely claims it is independent. In India, the BCCI continues to exert control over cricket. In Los Angeles, an estimated 70 percent of the city can’t watch Dodgers games because of a TV dispute. And in Swindon, in the UK, local journalists have been locked out of local football press conferences and told the club’s press officer will conduct interviews instead.

It is the club TV channels that can profit from supporters by providing access to players and coaches available to those who can afford to pay for it. It is easy to argue that through club channels, fans are getting the one-sided perspective they agree with. But this is an issue they should care about, as much as journalists do.

What if each country relied on State Television alone to provide us with the news? If journalists had to pay governments in order to report on them. The freedom to report is always going to be compromised, and the truth ends up staying hidden.

But the solution is not an easy one. Who is going to defend the rights of sports journalists across the world? Particularly when there are those willing to make financial compromises for rights, access or a scoop.

For the rest of us, it is a fight that is only going to get harder. 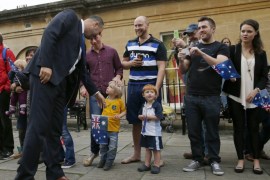