The audacious theft of millions of dollars of public money by politicians and businessmen while poor patients died in public hospitals has triggered an unprecedented collective political awakening among Guatemala’s historically divided society.

Communities have united for the first time in the country’s 194-year modern history to demand sweeping reforms amid a wave of jaw-dropping corruption scandals implicating the country’s political elites.

In a few short months, President Otto Perez Molina resigned after being stripped of his immunity and an arrest warrant issued. The vice president is among dozens jailed, and the widespread infiltration of organised crime in party politics and election campaigns has been exposed.

The once impossible has become possible, and people want more. The decades of rampant impunity and political status quo appear to be over.

Gabriel Wer, 33, is one of five young men with no experience in activism, who inadvertently initiated this heady new popular movement, which has seen record numbers of Guatemalans partake in peaceful protests since the corruption scandal first broke on April 16.

‘Dreams for the future’

Wer told Al Jazeera: “We started off angry, demanding resignations, but have become part of a social movement where there is a hunger for information, change, and a new Guatemalan identity. This is now about our dreams for the future.”

The group connected on social networks and were so incensed by the brazen corruption that they promoted a get-together with the hashtag #renunciaya, hoping a few hundred like-minded people might turn up to demand the resignations of the corrupt officials.

About 30,000 people gathered in the historic main square on April 25. Tens of thousands of ordinary citizens from every social class, age, and political persuasion have gathered every Saturday since calling for political heads to roll.

Demands have also been made for the cancellation of this Sunday’s elections, and sweeping reforms to clean-up the country’s beleaguered political system.

It’s been a rollercoaster ride in which politically inexperienced young people are trying to keep up with the cascade of damning revelations and arrests by the increasingly bold public ministry and the International Commission Against Impunity in Guatemala (CICIG) – the UN-sanctioned, independent investigative body that has helped prosecute corruption and organised crime in the country since 2007.

On Tuesday, thousands of people holding white roses and placards gathered in the pouring rain outside Congress to pressure parliamentarians voting for the second time in four weeks to remove Molina’s immunity. Prosecutors had already presented damning wiretap evidence suggesting he led the customs ring that allegedly pocketed millions of dollars in kickbacks.

Popular pressure was strengthened by an unlikely ally. The influential Chamber of Commerce (CACIF) – which has supported Guatemala’s right-wing political elites for 60 years and helped bring Otto Perez to power in 2011 – turned against him.

The president’s congressional allies caved-in and voted to remove immunity. The attorney general quickly invoked a travel ban to prevent him fleeing justice. There was a mix of utter disbelief and unparalleled joy on the streets, where ear-splitting celebrations continued for hours despite thunderstorms.

“This is an historic moment when the government finally realised that the people won’t tolerate any more corruption,” Wer said. “But the struggle is just beginning… We’re young, we’re connected, we’re angry – and we’re going to be watching.”

The movement has galvanised young people from diverse backgrounds across the country who are connecting through social media in spite of limited electricity and internet access in some areas.

There’s a hunger to learn from each other about current events, but also past injustices and struggles – which are largely omitted from school curricula.

It is astonishing how many people are unaware that the CIA helped orchestrate the coup d’état in 1954 to install a right-wing military dictator that plunged the country into a devastating 36-year civil war. About 200,000 people were killed or forcibly disappeared, with 93 percent of atrocities carried out by government forces, according to the UN Historical Clarification Commission.

In 2013, former dictator Efrain Rios Montt was found guilty of genocide and crimes against humanity against Ixil Mayan people in an historic trial. The controversial Constitutional Court ruling that overturned the verdict triggered international condemnation, but failed to inspire mass protests within Guatemala.

“My dad told me that Rios Montt was a good president and in school we had just one class on the civil war, so I didn’t believe there was genocide,” said Rafael Mora, a 23-year-old banker and designer of the online logos that helped the protest movement go viral.

“Politics used to turn me off and I had no desire to know about anything, but now I’ve woken up and I want information. I’m questioning everything and everyone.”

This new hunger and determination is inspiring people of all ages and political persuasions.

Gabriel Yela, a 72-year-old pianist, has attended every weekly protest in the capital. Immaculately dressed in a pinstripe suit adorned with a paper brooch that read: “I don’t have a president,” he contributed to the deafening noise with his plastic yellow horn.

“I’m so angry at the disrespect and dishonesty shown by our politicians. The whole system is corrupt, enough is enough,” Yela told Al Jazeera.

“It’s beautiful to see so many on the streets for the first time. I am excited by these young people who have some good ideas. I’m here to support them create a better future in which the politicians understand they’re here to serve not steal.”

The first wave of oppression during the civil war in the 1960s and 1970s targeted the intellectual and middle classes, and largely succeeded in creating a climate of terror that crushed hope and mainstream dissent.

Now there are oodles of both.

For the first time ever, students from private universities have united with their public university counterparts to debate, share ideas, and protest under collective banners that deride and criticise authorities.

Protest chants are intermingled with the national anthem and banging drum beats, while jovial protesters insist a new Guatemala is emerging to break the old cycle of corruption and impunity.

Luis Rojas, 32, a systems engineer and his wife Alejandra Hernandez, 26, a child nutritionist, are expecting their first baby any day now. They attended their first-ever protest this week.

“Children are dying because their mothers cannot afford food and there’s not enough money in the hospitals. I feel sick at what’s gone on,” said Hernandez.

“I want our daughter to know she came to her first march with us today, and that the whole country is united in making a better future.” 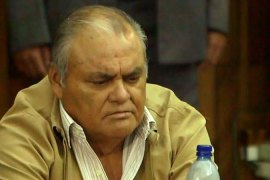 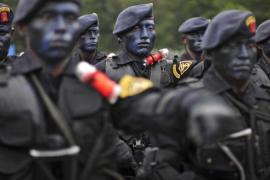 Insecurity, social unrest and lack of legal security have been the hallmark of 2013 for Guatemala.