In 1966 the Hough Riots broke out in Cleveland, Ohio. Several days later, the Ohio National Guard was called in. By the time the riots came to an end, four African Americans had been killed, 30 people had been injured and close to 300 had been arrested. Many neighbourhood homes and businesses lay in ruins, burnt down in arson attacks.

Accounts of just what triggered the riots vary, but all versions lead back to racial tensions.

From boom to bust

Located on Cleveland’s east side, Hough was once home to many of the city’s wealthiest residents. But after World War II, many whites moved out to the suburbs, while African Americans moved in from the adjacent Central neighbourhood. By the 1960s, the majority of Hough’s residents were black. 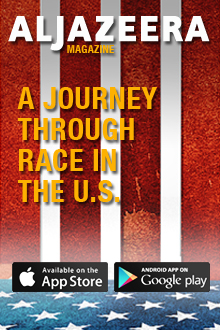 Sat along the eastern bank of the Cuyahoga River, Cleveland was founded in 1796 by the Connecticut Land Company. Less than a century later, the city had become a major industrial centre. Its close proximity to transportation routes and large deposits of coal and iron ore enabled it to prosper, and social and cultural dominance soon followed.

Fuelled by immigrants coming in search of work, Cleveland’s population grew to nearly one million over the next century.

But by the late 1960s the steel industry had begun to collapse. A decline in manufacturing, aging facilities and mismanagement led many businesses to depart and, in 1978, the city filed for bankruptcy.

After decades of economic and social hardship, Cleveland is now working to regain its former status as a leading American city. Named one of the top emerging downtowns in the US by Forbes Magazine in 2013, more than $4.5bn has been invested in developing Downtown Cleveland since 2010.

But the city’s history of racial tension and excessive police force is proving harder to shake.

Last November, Tamir Rice, a 12-year-old African American boy, was fatally shot by a Cleveland police officer who mistook his toy gun for a real one.

Less than two weeks earlier, Tanisha Anderson, a 37-year-old schizophrenic African American woman, died as a result of being physically restrained in a prone position

Protests erupted in response, with demonstrators blocking roads and demanding justice for Tanisha and Tamir.

In December, the United States Department of Justice released a report of its investigation into the Cleveland Police Department.

Initiated in March 2013, the report concluded: “That there is reasonable cause to believe that the Cleveland Police Department engages in a pattern or practice of using unreasonable force in violation of the Fourth Amendment. [The right of the people to be secure in their persons, houses, papers, and effects, against unreasonable searches and seizures, shall not be violated, and no warrants shall issue, but upon probable cause, supported by oath or affirmation, and particularly describing the place to be searched, and the persons or things to be seized.]”

From preacher to poet

RA ‘Rafiq’ Washington was born in El Paso, Texas, but has made his home in Cleveland.

His mother was young when she gave birth to him. “We watched each other grow up,” he reflects.

Originally from Cleveland, RA’s mother married a military man and the family spent time in Frankfurt and Okinawa before settling at Fort Bliss Military Base in El Paso.

“There wasn’t really a sense of community because everyone was transplants on the base. There was tension from people who were from El Paso, from Jaurez. There were little cliques; it was all broken up by identity and rank. Mostly rank. There was very little cross pollination,” he says, remembering his childhood on the base.

Washington’s relationship with his stepfather was volatile. “He was very brutal. He had been beat as a kid and he took that tradition to a whole new level in our house,” he says. “There was always this question of me not being his kid and me knowing that and him knowing that and everyone knowing.”

“In the South they had these tent revivals. You travel around and as a child preacher, if you are any good, you get booked at different churches and revivals. They give you a love offering, they pay you to do God’s work. To be a minister you have to know your Bible and you have to be a historian, you have to be able to read people and kind of sus out your surroundings and what the congregation needs to hear,” he says.

“It taught me empathy for sure and a certain preparedness. I was naturally curious as a child – about everything. I wanted to know how systems worked, how we got here, how the US could be so wonderful and horrible at the same time. I wanted to unpack it and understand it, why people who claim to be Christians would murder based on skin colour, sexuality or sexual orientation, you know it just made me curious and committed to a certain way of being. I never really felt that it was right to be boastful or to alienate people based on differences. Just doesn’t really sit well with me.”

The young RA became an avid reader and writer – scribbling down his thoughts and consuming any literature he could get his hands on.

“You know, every author that you run into as a kid leads to another author,” he explains.

James Baldwin’s Another Country had a particularly powerful impact. “Baldwin was an early influence. A lot of people say that, but for me it resonated really deeply because here I was with a stepfather, I was a child preacher, I wanted to write and I was black. So he was a model on how to get out.”

When the marriage between RA’s mother and stepfather fell apart, she left El Paso with her son and the two moved into a hotel in a Cleveland suburb.

Giving his aunt’s address as his own, RA was enrolled in the Cleveland Heights High School, which is located in an affluent suburb that was once home to the Rockefellers’ summer estate.

“That’s when I kind of like shifted away from Christianity, as a preacher anyway,” he says. “There’s just so much violence in Christian tradition, in all the monotheistic traditions, and it just didn’t jive with what I saw myself being, like the world I wanted to rep. I wasn’t engaged in school because of the social parts. Social parts were really hard for me, trying to figure out where I fit in, trying on different personas, just wanting to be liked, really.”

But if he was not sure who he was or what he wanted, he was certain that he was a writer.

As a poet, RA found early success and his work was published. But recognition came from outside of Cleveland quicker than from inside.

As he travelled to promote his work, he encountered some prejudice. “There’s no way not to be a 6 foot, 300 pound black man,” he says. “I’m constantly saying ‘excuse me, excuse me,’ you know, apologising for my body, and I just told myself it wasn’t really a smart thing to worry about it so much. Wherever I went, even if I was the only black person there, I tried to be as authentically me as I could be.”

“Of course some racist things had happened and some prejudice occurred – from people, from police. There’s all kinds of stories I can tell you about the harassment parts, but the acceptance parts, you know – once you get to a point where you are telling the truth in art it resonates no matter what.”

The pulse of the community

In the two decades since RA moved to Cleveland he has planted firm roots in the Cleveland art community. From 1999 to 2001, he was the Cleveland Museum of Art’s first ever poet-in-residence. In 2006, RA was part of the collective The Church, turning an old church into a DIY venue that provided a place for artists to create and share work with the public. In 2014, he was a recipient of The Community Partnership for Arts & Culture Creative Workforce Fellowship.

Providing a platform for residents to engage in discussion and voice concerns about their community led to the opening of Guide To Kulchur. Co-founded with Lyz Bly, Guide To Kulchur is a “book, magazine, and periodicals shop that doubles as a co-op workshop”.

The pair opened the shop in 2013 in the Gordon Square neighbourhood on Cleveland’s Near West Side. At its heart, RA explains, is the concept that “we all matter and we all must be seen and heard”.

“I want to find ways to synthesise what I learned over the course of 20 plus years trying to pursue art and ideas and social justice in a place with very limited resources for young people and people of colour,” he says. “I want to be able to create a place where you will learn through cultural currency that you can go anywhere you want.”

As the protests broke out in Cleveland over the deaths of Tamir Rice and Tanisha Anderson, RA held an open forum on police violence in the city in the basement of Guide To Kulcher. Led by poet and community worker M. Carmen Lane, nearly 200 people gathered for a six-hour discussion.

“We wanted to get the pulse of the community,” RA explains.

The forum invitation on Facebook requested that: “The police themselves do not attend the event. The police have generated a lot of fear in this community, and we need the space to discuss this question without the fear of retribution.”

But word on the forum led to an increased police presence in the neighbourhood. “They [the police] sat on the store. They’ve sent undercover agents around the neighbourhood asking what we do here,” RA says.

“The bottom line is that the person who killed Tamir Rice is free. The people responsible for Tamisha Anderson’s death are free. Until there is justice for [them] in a true sustainable way I’m gonna be upset about it and I’m gonna feel like my life has been threatened because no society should accept the killing of 12 year olds by police.”

No more martyrs, no more leaders

“No, this community has already done that and suffered that, and they watched the city of Cleveland and Cuyahoga County not build those parts up. Glenville and Hough still don’t have the resources they once did. East Cleveland is a bomb shelter, so is the South Side, Harvard, Kensington – those communities feel forgotten and overlooked by their community leadership, their elected leadership, [by] leaders period.”

“And here is the thing – [there is] no need for martyrs or leaders now – we’re on our own here. So [the] community needs to begin to take ownership of the change and community workers need to be facilitating the conversation and collaboration for change. Anything else is [going] backwards.”

This article first appeared in a special issue of the Al Jazeera Magazine examining race in the US. Download it for iPads and iPhones here , and for Android devices here . 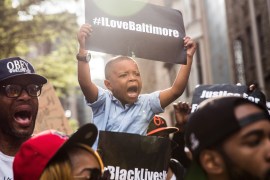