Summer in the UK is traditionally referred to in the media as the “silly season”.

Because there is little news in England, things get into the papers or on the TV that wouldn’t usually make it.

Seagulls attacking people for their food has been one of this year’s better attempts at the papers passing off drivel as news.

So imagine the sheer joy at newspaper headquarters when some migrants living in utter squalor outside Calais, ignored by the French and British governments, made a break for the Channel tunnel.

It was perfect on so many levels: disruption to British holidaymakers, damage to the economy, and an early Christmas present for the anti-European right.

The “migrants” – this by now is an insult – labelled variously as thieves, scroungers, a potential terrorist threat, a “swarm”, thanks to none other than David Cameron, the British prime minister.

Repeated ad nauseam by a media possessed jointly of a bilious rage, Calais is now a “crisis” and the UK’s borders are “under seige”.

So never mind the fact that the lorries stacked up on the motorway network, much to everyone’s annoyance, were blocked there not by migrants but by a ferry strike in Calais.

Also, every refugee agency says that the few thousand in Calais are almost all from war zones in Africa or the Middle East, and are not simply economic migrants but in desperate need of asylum. And that set against the hundreds of thousands elsewhere, it’s really not that many people.

Never mind that rather than thousands, the total number of unaccompanied minors in the care of Kent County Council – the number that we have ever come across, in the last 15 years or more – stands at just 639 at the time of this writing.

And never mind the great big lie that “they all want to come to the UK”, when in fact the UK is sixth on the European list of destinations for asylum seekers.

All of this has been drowned out by the white noise of a media and political class which want a decent story for Brits on holiday to read about while they sun themselves, shaking their heads at how the country is going to the dogs.

That, after all, is the main thing. 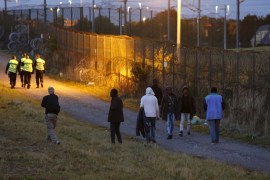 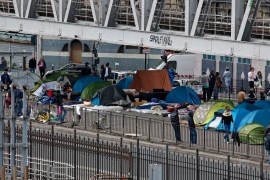