Arequipa, Peru – With a face furrowed by a life of toil and the low price of wool, Julian Idme leads out his alpacas at dawn.

After guiding his flock across a stream to nutrient-poor pastures, the shepherd stoops homeward, thumbing a faded fedora. At 66, he is eligible for a state pension. But Idme shrugs off retirement.

“I have to keep working to sustain myself. I’ve been a herdsman since birth, though now it’s worse than before,” he told Al Jazeera in the remote hamlet of Toccra.

A 1,800-metre descent and three-hour drive south, the “White City” of Arequipa contrasts with the high Andes’ austerity. Built of majestic volcanic stone, it is the ancestral home of the surging alpaca wool industry.

Here four-fifths of world production is spun – 6,000 tonnes of fibre a year from the fleeces of more than 3.5 million animals.

But Idme wouldn’t know of his animals’ favour with haute couture. Prices for the greasy fibre sheared from his 130-strong herd have sagged for years. In a good year, Idme said he could make 5,000 soles ($1,580) – half of Peru’s minimum salary.

And that’s if his livestock, which include llamas, do not succumb to the harsh elements. Daily temperatures can swing between 30C and -20C.

“To the companies I say raise the price of wool. You don’t know how we peasants suffer,” he said.

Last November, it brought together export firms and foreign fashion bosses to this industrial city for Alpaca Fiesta, a weeklong event securing $14m in expected sales.

“It’s the industry’s World Cup,” said Cesar Lutgens of the International Alpaca Association (IAA),
which rekindled the event with the government’s help after a seven-year hiatus.

As the fibre’s stock rises, Peru is bullish. Trade ministry projections see exports doubling in five years. Though that momentum could unravel, unless the country overcomes the challenges that beset its 120,000 subsistence farmer families.

“The alpaca is the lifeblood of the high Andes, which lies in a worrying state of poverty for everybody,” said Herbert Murillo, head of Sol Alpaca, the retail arm of the world’s largest supplier of yarns.

The executive attributed low prices to erratic shifts in demand as the fibre’s popularity waxes and wanes season after season.

“The breeders are the weakest link, the cushions that bear the ups and downs of the market,” Murillo told Al Jazeera. “We all want the price to rise but they need education, training and incentives to grow and genetically improve their herds.”

Orders are mostly placed for finer threads that weave intricate sweaters and ponchos from the animal’s natural palette of 15 colours.

Coveted “superbaby” and “baby alpaca” yarns – pulled from less than one-fifth of an average fleece – are up to 22.5 micrometres in diameter. Cashmere, a luxury substitute, is a touch thinner at 15-16 micrometres.

On the high street Teresa Silva, the manager at Kuna said: “Customers come with baby alpaca in mind due to its quality. Russians buy well. Japanese too,” she said, stroking a $280 baby alpaca ladies coat.

But producers aren’t in sync with world markets.

White alpacas have been overbred, while each year a surplus of coarse material remains with little use except for thick carpets. Rainsford warned of a “molecular crash” as a supply crunch hits manufacturers.

A generational exodus of young farmers enticed by salaries in Peru’s mines is seeing numbers dwindle.

However, a genetic scrub-up is afoot, though programmes by industry leaders Grupo Inca and Michell are small.

Some state-assisted efforts have reached Toccra, though for Idme the equipment and medication is too expensive. Besides, it may take 10 years to see results of finer fleeces he says.

IAA chief Lutgens says the state has spent $70m in recent years on camelids whose family members include alpacas, llamas and vicuñas – but “results are scarce”.

Grants have led to a “dependency culture”, without spurring the intended innovation or productivity boosts.

Herders must take some of the blame for their plight, says Mauro Quispe, a wool supplier to manufacturing plants and representative for shepherds.

Since the 1970s, when estates were carved up following agrarian reform, farmers generally tend to their herds in unprofitable small units, shunning cooperation outside of family circles.

“Myths” that using electric shears may stop the healthy growth of fleeces abound, as some refuse to desert hand scissors or shards of glass, Quispe adds.

President Ollanta Humala played on that rift on the campaign trail in 2011, decrying factory owners as exploitative and subduing prices, according to Raul Rivera, a Michell director.

RELATED: Trouble at the top of the world

He pointed the blame at middlemen – “speculators” who distort prices through stockpiling, as well as degrading the wool with stones and water to cheat buyers.

Quispe said the relationship between industrialists and shepherds is unfairly skewed.

At the government trade council PromPeru, its export director is buoyed by alpaca’s “renewed mission”.

Now courting buyers in the US, Europe and China, “it’s a clear signal we’re on the right track”, Luis Torres said from the capital Lima, adding grants from the agriculture ministry have never been as high.

It could mimic the rise of popular super grain, quinoa, in attracting foreign investment to Peru, he said.

But up on the windswept Andean plateau in Toccra, a day’s journey away, officials polishing its image abroad seem to only tackle half of the equation.

For alpaca to assert itself as a fashion mainstay, the government must focus less on runways and more on production bottlenecks.

“Peru is the master of alpacas,” Valdivia, the designer, said. “But we’re tugging a very heavy boat when we could be rowing it.” 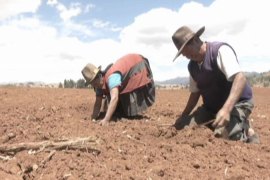 Farmers turn to indigenous grains to fight the hunger war. 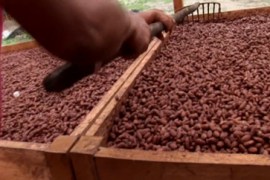 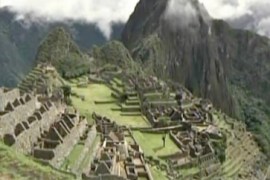 One of the world’s most treasured archaeological sites reopens after rains cut off access.