Dili, East Timor – Following his first 100 days in office, the new prime minister of East Timor marvelled at how the peaceful transition of power from his predecessor stood in stark contrast to the young nation’s turbulent past.

“We have moved from a fragile country overcoming the ghosts of our traumatic past, to a nation that is consolidating the foundations of our state,” the prime minister said.

The 51-year-old leader took over the government with support from former prime minister Xanana Gusmão. Gusmão had been a guerrilla fighter in the country’s bloody 24-year resistance against Indonesian occupiers, and a key leader since its 2002 independence. He stepped down from the leadership position voluntarily at 68 years of age and remains involved as a finance adviser.

But the emergence of East Timor from its rocky past – during which time three out of 10 East Timorese lost their lives – has been followed by the challenges of self-rule.

A generation of resistance fighters that took control without experience in governing or state building is passing the torch to a younger generation of leaders who have been forged from a nation plagued by malnutrition, illiteracy, high unemployment, and poor infrastructure.

From war to peace

According to Transparency International data, corruption and a lack of government transparency persist in East Timor, which is also known as Timor-Leste.

Critics of the administration say the country’s transition to an efficient, well-run government has a long way to go. They insist the lack of a competitive bidding structure for government contracts, poor and uncoordinated planning, and lazy government staff who merely sit on the payroll, stand in the way of progress.

In addition, while East Timor remains one of the poorest countries in the world by human development standards, critics say the country is using up its oil-and-gas wealth at a pace that stands to shortly deplete its only significant source of income.

Even the new prime minister agrees with many of the bleak assessments.

“Despite our progress, we still face many challenges,” Araújo conceded at the gathering of the country’s development partners and civil society groups during the Development Partners Meeting earlier this month.

“Too many of our people are living in poor conditions with inadequate access to healthcare, education, clean water, basic infrastructure and government services,” Araújo said.

“Our development and our economic growth has not been balanced. We can see rising inequality and a disparity between the living conditions of those in Dili and the municipalities. There is also a need to improve government service delivery and the quality of government public works. Regrettably, parts of our civil service have become unresponsive to the needs of our people and have lost sight of the common good.”

Half of the country’s 1.2 million people still live in poverty. Unemployment is considered high but difficult to estimate with so many people subsisting in the informal market, according to the World Bank. High levels of youth unemployment fuel gang violence – idle young men can be seen loitering everywhere. The literacy rate, estimated at 50 percent, is complicated by a multiplicity of languages and dialects.

Rural villages, many with little running water and electricity, are connected by badly eroded roads. Rural households commonly go through a “hungry season” from November to March without sufficient stocks of rice or maize.

While the country has long benefited from outside assistance – from United Nations peacekeepers who enforced the country’s 2002 vote for independence from Indonesia, to a high presence of non-government organisations – the 13-year-old government is still finding its feet.

Shane Rosenthal of the Asian Development Bank told the meeting of development partners that government projects are often planned poorly and built out of scale.

He cited the example of brand new pipes laid down for water supply improvements in Dili having to be torn up and replaced months later for a road upgrade project.

“The government should continue working with development partners and the private sector who can bring what is most needed here, and that’s not money, it’s know-how,” Rosenthal said.

RELATED: Where the wild coffee grows

The London-based Overseas Development Institute (ODI), an independent think-tank on global development, earlier this year warned in a report that socioeconomic problems such as malnutrition and youth unemployment, and an over-reliance on limited oil and gas revenues, threaten to reverse the country’s modest gains since independence.

“Given East Timor‘s rising youth population, high levels of poverty, rapid urban drift, growing expectations, and finite oil and gas reserves, there is still some way to go if the Timorese are to embed the gains of their nascent security progress,” the report stated.

The Dili-based think-tank La’o Hamutuk called East Timor one of the most petroleum-dependent countries in the world. Last year, 73 percent of state revenues resulted from sale of non-renewable oil and gas, and another 20 percent came from investment returns from the $17bn petroleum fund investments, the group reported.

Since oil and gas resources are finite, the group warned: “East Timor urgently needs to find other sources of jobs, economy and revenue by developing our productive, non-oil sectors such as agriculture, tourism and small industry.”

East Timor, the group urged, needs “to rapidly and radically change our priorities to prepare for the day when our petroleum endowment has been used up”.

Araújo, a medical doctor by training who stresses “evidence-based” policy-making, said weaning off petroleum revenues is a priority. He identifies tourism, agriculture, and fisheries as industries that have growth potential.

In fact, the country’s organic coffee industry, while small, boasts coffee giant Starbucks as one of its buyers. And Heineken’s agreement to build a new brewery near Dili is hailed as a good omen for manufacturing.

Higinio Da Costa, an East Timorese who went into business producing candlenut oil with the help of overseas investments and grants, has just one buyer, a cosmetics maker based in Hawaii. He now employs six other people but is worried about the long-term survival of the business.

Manufacturers and farmers face the additional obstacle of the country’s poor road system, which makes moving people and goods an arduous process.

While the pristine half-island nation, with its white-sand beaches, jagged mountains, and dense forests is a natural draw for adventure tourism, businesses operate in a troubled tropical paradise.

Kevin Austin, an Australian-born tourism entrepreneur, moved his marine sports business out of the coastal community of Baucau because of a rise in gang violence.

“It’s still very challenging,” said Austin, who has been operating in East Timor for several years. “There’s still a lot of youth unemployment, and that’s generating a lot of lost hope in communities, and people are turning to violent ways.”

While East Timor and Australia, separated by the resource-rich Timor Sea, continually squabble over oil and gas resources, Australia’s ambassador to East Timor, Peter Doyle, said it’s important to take the long view as the country transitions from its war-torn past to an uncertain future.

“East Timor’s achievements are really just a little over 10 years old, whereas the World Bank estimates that it often takes post-conflict societies about 40 years to actually get things together and really contribute to the development of their people,” Doyle said. 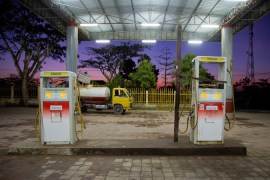 Despite oil and gas riches, signs of wealth remain scarce in the impoverished country. 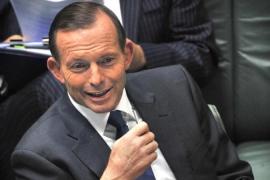 Indonesia has officially downgraded the relationship, after Australia refused to apologise for espionage. 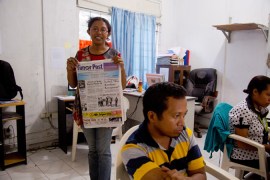 Draft law would restrict who can be a journalist and punish ethical transgressions. 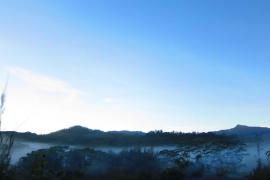 Where the wild coffee grows