Zagreb, Croatia – Prince Wale Soniyiki, a refugee from Nigeria, captivated the audience at the opening event of the annual Festival of Tolerance in the Croatian capital.

Soniyiki, 30, who fled his violence-plagued country after his brothers were killed, shared details last month about his dangerous journey through Libya, the Mediterranean Sea, Italy, and finally to the shores of Croatia – a country he had never heard of, and one that was not his planned destination.

“I decided to stay in Croatia because in Croatia people are good,” Soniyiki told Al Jazeera after his emotional speech received an enthusiastic ovation.

Since he was granted refugee status in Croatia three years ago, Soniyiki has become the poster-boy of the country’s refugee system.

Croatian TV aired a documentary about him, local journalists interviewed him, and the United Nations refugee agency produced an exhibition about him, which decorated the walls at the opening event of the Festival of Tolerance.

But more than being an asylum-seeker symbol, Soniyiki is an exception.

While other European Union members are seeing dramatic increases in arrivals of people seeking asylum, Croatia – the EU’s newest member after joining in July 2013 – is a destination most migrants avoid.

Less than 100 asylum seekers are currently residing in Croatia, according to the Ministry of Interior, and authorities granted refugee status to just 25 people last year, the lowest number of any EU member – aside from Estonia.

Last year, while the EU registered a 44-percent surge in asylum claims, Croatia saw a decrease of 58 percent.

Furthermore, more than 80 percent of asylum applicants in Croatia in recent years left the country before their applications were processed, according to UN’s refugee agency.

Two main factors cause asylum seekers to avoid Croatia entirely or leave the country after they arrive, explained Sanja Pupacic of the Croatia Red Cross.

The first is the homogeneity of Croatian society. Pupacic said 90 percent of the 4.5 million people living here are ethnic Croats, and about 86 percent define themselves as Roman Catholic.

Pupacic constantly meets asylum seekers who want to leave Croatia for more diverse European destinations – mostly Germany or Sweden – because there they can find contacts or friends who would make it easier to fit in.

“In these countries, there are many migrants and many migrant communities, so the asylum seekers feel more safe,” said Pupacic. “It is a bit easier for them to integrate.”

The second factor dissuading migrants, Pupacic said, is Croatia’s dire economic conditions. The country has had negative or stagnant economic growth since 2009.

Its unemployment rate of about 17 percent is the third-highest among EU members, behind Spain and Greece. Pupacic said locals struggle to find jobs, so for migrants it is an even bigger challenge.

Croatia is not the only country being shunned by migrants.

In fact, 66 percent all asylum applications filed in the EU last year were in just four countries: Germany, Sweden, Italy and France.

Germany is currently demanding a quota system that would distribute asylum seekers more equitably among the 28 EU member states.

Sweden’s Immigration Minister Tobias Billstrom recently said it is not right or sustainable that so few of the 28 states are helping take in migrants.

“Syria [war] will be with us for a very long period of time,” Billstrom said. “It is all a question if you have the political will in individual member state governments.”

The European Commission plans to introduce mandatory refugee quotas among member states based on a country’s economic strength and population size by the end of the year, and will soon push for the relocation of refugees in overwhelmed countries.

The biggest problem is the lack of government-provided Croatian language classes, which haven't existed for the past three years.

The Croatian government has done a lot to improve reception conditions for refugees, according to Mirjana Vergas of UNHCR-Croatia.

“The biggest problem is the lack of government-provided Croatian language classes, which haven’t existed for the past three years,” said Vergas.

“This prevented refugees from learning the language, which decreases their chances for employment and becoming self-sustainable.”

During 2013, amendments to the Croatian Asylum Act were passed in order to enable people with protection status to learn the language. But two years have passed and lessons have yet to be provided.

In response to Al Jazeera’s inquiry, the Ministry of Science, Education and Sports – the authority responsible for enabling the language courses – sent a statement saying the implementation “will start at the earliest possible time”. It did not reply to follow-up questions.

Meanwhile, the few refugees who have not avoided Croatia are for the most part completely dependent on welfare services, and have little chance to live a normal life.

One Pakistani man in his early 40s – who did not want his name published in order to protect his family back home – fled because of religion-based persecution. He received refugee status in Croatia a few months ago.

The man is now living in the capital Zagreb and relying on government benefits to survive. He attends the few language classes made available by activists and volunteers of UNHCR and Croatia Red Cross, but his Croatian is at beginner level at best.

“I am sending my CV around, but without language skills it is difficult,” said the university graduate who studied marketing in Pakistan.

“When I came here, my only concern was getting the documents and becoming legal. Now that I got the documents, my concern is what will I do here.” 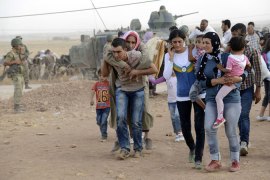 Refugees to West on track for 20-year high

Syria, Iraq and Afghanistan leading refugee nations as numbers near levels not seen since the conflict in Yugoslavia. 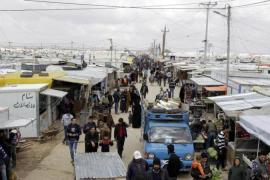 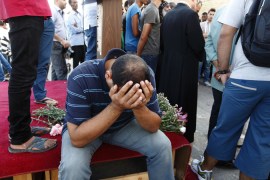 Migrant escape routes in focus as thousands risk their lives to flee war, unrest and poverty and reach distant shores. 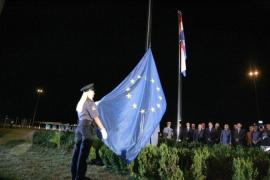 Is Croatia ready for EU membership?

As the country has recently joined the European Union, we analyse the implications of this decision.