Atlanta has never witnessed a trial quite like this and on the final day of a long and emotional hearing Judge Jerry Baxter was losing his patience.

He had offered each of the ten educators the chance to apologise in return for lighter sentences.

He called it the “sickest thing that had ever happened” to Atlanta and at one point threatened to jail one of the educator’s lawyers whose protests could be heard across the eighth floor of the courthouse.

When it became apparent that most of those already found guilty of altering test scores and accepting bonuses would not apologise he made good on his promise of being tough.

Three of the most senior figures received seven-year jail terms, hefty fines and years of probation in a case that has rocked the public school system here.

Investigators say that cheating was so endemic that more than half of the district’s schools were implicated and some members of staff even held erasure parties where incorrect answers on exams were altered.

Outside the courthouse activists’ calls for leniency fell on deaf ears but it did not lessen their outrage.

Many claim that the standardised tests common in the US set unrealistic goals in public schools that have lost millions in state funding.

They have promised to carry on their campaign on behalf of those who now face serious jail time.

But one parent Solomon Emmerson told me that there was too much attention being paid to the educators’ plight. 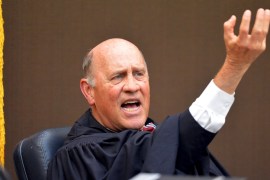 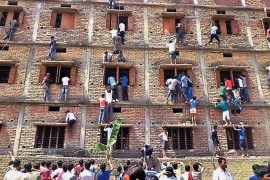 About 600 students face harsh measures this year after being caught cheating in secondary school graduation tests.