The US State Department has approved the first new sale of weapons to Egypt since the White House lifted a freeze on military sales to the country.

On March 31 the Obama administration ended the ban on military sales put in place following the 2013 overthrow of the democratically elected government of Mohamed Morsi.

In practice that ban only stopped the delivery of big-ticket items like tanks and jets, as most equipment and spare parts continued to flow to Egypt under the new government of President Abdel Fattah el-Sisi.

The approval for the Hellfire missiles also comes as Egypt begins participating in airstrikes against the Houthis in Yemen.

The US is providing logistics and equipment in the fight, and on Tuesday in Riyadh, Deputy Secretary of State Antony Blinken said the US would expedite delivery of weapons to the Saudi-led coalition.

The approval announcement, posted on the Defense Security Cooperation Agency website, says the “proposed sale will contribute to the foreign policy and national security of the United States by helping to improve the security of a friendly country that has been and continues to be an important force for political stability and economic progress in the Middle East”. 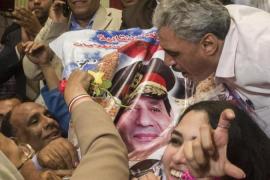 US and UK congratulate Sisi on election win 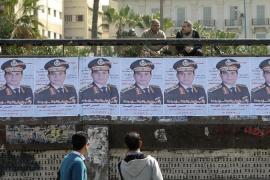 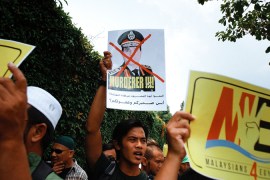