The illegal production of hard liquor is a problem across much of Africa, but it may be at its worst in Uganda.

It is a surprising statistic – according to the World Health Organization, Ugandan drinkers consume a shocking 23.7 litres of alcohol per capita and 89 percent of this alcohol is unregulated, home-brewed and illegally sold.

Production of this crude homemade alcohol has mushroomed in recent years causing an unknown quantity of social damage, an increase in mental health and blindness cases, as well as hundreds of deaths.

The most popular home-brew is a hard liquor called waragi, which can contain as much as 40 percent pure ethanol, as well as other unidentified impurities.

In April 2010, more than 100 people died after they drank a batch of methanol-laced waragi, according to the WHO.

Alcohol has been identified as a key driver and maintainer of chronic poverty in Uganda, with some observers estimating the economic and social costs to be worse than those of HIV and malaria.

While up to 10 percent of the state revenue comes from the sale of legal alcohol, illegal alcohol is now a major source of income for Ugandan households.

The Enguli Act, which has not been updated since 1964, forbids waragi distilling without a licence, but this is rarely enforced.

Evidence from International Chronic Poverty Research Centre revealed that, 29 percent of all households engage in this illicit practice. Illegal distilling has become highly politicised and few politicians confront the industry.

Imelda Eyob has been working in the illegal distilling industry for the past 18 years and now owns one of the 147 distilleries operating in Kimasa.

Kimasa is a bleak place where crude waragi is being distilled openly on an industrial scale. Corrugated iron roofs are knitted closely together and thick acidic smoke fills the air. Old oil drums and piles of timber litter the ground and the open drains are filled with a black sticky residue.

The majority of the 486 people working here are women, many of whom fled from Joseph Kony’s Lord Resistance Army in Northern Uganda during the 1990s.

Imelda employs six women who earn 2,000 shillings ($0.67) a day. It is a hazardous working environment and the work is labour intensive. Exploding distilling drums are a frequent occurrence and many of the workers suffer from horrific burns.

In a typical week her distillery produces nearly 100 jerry cans of waragi, which she sells to customers from all over Uganda and even as far as Sudan.

In recent years her profits have steadily decreased. Due to the high number of people distilling waragi, the price of the raw materials has increased.

“The demand for molasses has become so high that I sometimes have to order it from Tanzania, which erodes my profit and sometimes I end up making a loss,” said Eyob.

Minani John lives in a community of over 4,000 people, cramped into just 10 acres of land where distilling waragi is the primary economic activity. He used to earn a living at the local sugar plantation but due to his poor health, he was let go.

He started drinking heavily and as a result his wife and children left him, leaving him with no source of income. He now digs for people in the village, which can earn him 1,000 shillings a day ($0.34).

Minani is slowly losing his sight. The optic nerve is particularly sensitive to the effects of methanol, causing many waragi drinkers to go blind, but this has not curtailed his drinking habits.

Four huts away from Minani’s is an illegal kafunda (bar), where crude waragi is served and 100 shillings ($0.03) will get you drunk.

Kafundas became very popular during the “war years”, when people were too scared to go out to public bars because of the police. Local residents arrive with their empty containers (old Fanta bottles seem to be popular) to get a refill and as they are usually set up in someone’s home, customers regularly stay all night.

Peter Musoke who runs the care home close to Kimasa is only too aware of the social problems that waragi is having on Ugandan society. He wishes the government would do something, as the problem is getting out of control.

“I wish you could be here on a Friday night and see the local nightclub. The young people are drinking like fish. They start fighting, even the women and girls.”

Peter currently has 20 residents in the home, most of whom are battling alcohol addiction and show signs of mental health problems.

Theft is a real problem within the home and residents constantly steal soap, clothes, and blankets and swap them in the village for alcohol.

One resident who passed out on a railway line was lucky to survive when a passing train ripped off his left arm. He is now kept in a locked room to prevent him from sneaking out of the care home when no one is looking. The building looks more like a prison than a care home.

The Ugandan government stated in its National Development Plan 2014 that it is focused on “intertwining economic growth and poverty eradication”.

Clearly, without drastic action, the moonshine epidemic will spoil this goal.

In 2011, Uganda received $1.6bn in Official Development Assistance. Almost a third of this money was spent on the healthcare system, which is struggling to cope, partly due to the added burden of the alcohol related health issues.

Many have highlighted the ineffective and poorly enforced substance abuse laws, saying that the government will be forced to tackle this major cause of poverty if the future of this country, which holds so much potential for prosperity. 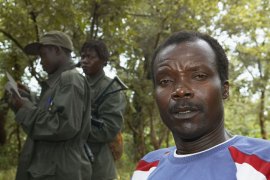 War Crimes Rewards Programme offers $5m each for information leading to arrest or capture of Joseph Kony and his aides. 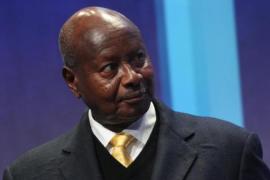 Uganda to consult scientists on homosexuality

President to seek scientific advice on whether homosexuality is “genetic or behavioural” before signing anti-gay bill. 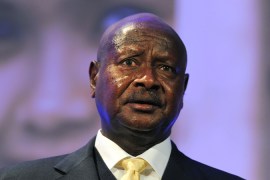 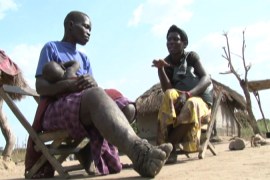 Allegations of embezzlement in the prime minister’s office prompt suspension of development assistance worth £27m.