The US military is dropping some gruesome propaganda on Syria.

On March 16 an F-15E fighter jet dropped 60,000 copies of the above leaflet on Raqqa, the base of operations for the Islamic State of Iraq and the Levant, or ISIL.

The image shows a “Daesh Employment Office” (Daesh is a pejorative nickname for ISIL in the Arab world).

Two ISIL recruiters, one of whom appears more monster than man, feed young men into a meat grinder with “Daesh” written in blood on its side. A sign in the upper-right corner reads “Now Serving Number 6,001”.

When asked about the intended message of the leaflet, Pentagon spokesman Colonel Steve Warren, said “If you allow yourself to be recruited by Daesh, you will find yourself in a meat grinder.”

Warren said the leaflet was created by the Army’s Military Information Support Operations, or MISO. Until 2010 that outfit was known as “PSY-OPS” (short for “Psychological Operations”).

Experts have questioned the efficacy and tenor of the leaflet.

Faysal Itani, a Fellow at the Atlantic Center in Washington who studies the various groups fighting in Syria’s civil war, said anyone in Raqqa thinking of joining ISIL is either ideologically committed or coerced.

“Members of the first category are likely immune to leaflet propaganda, especially if distributed by an air force that has been bombing Raqqa,” Itani told DC Dispatches.

The rest would join out of financial necessity, the need for protection, or because they were forced to do so.

“They are stuck between the regime, ISIS [ISIL], and air strikes by a coalition that is now trying to discourage them from joining its enemies. Living as they do in such an environment, it is rather distasteful and absurd to discourage Raqqawis from joining ISIS by linking it to violent death,” Itani said. 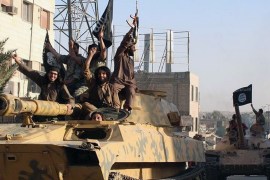 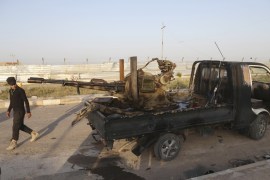 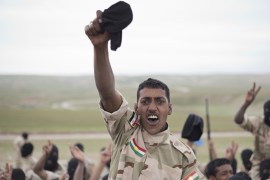