Leer, South Sudan – The Thar Jath oilfield – just like civilians here – is caught in a deadly civil war and unable to thrive amid fierce fighting.

The oil site, located in northern South Sudan’s Unity State, is only accessible from the main dirt road connecting rebel opposition-controlled Leer, to the current government-held area around the state capital, Bentiu.

According to rebel soldiers deployed to the area, international employees deserted the facility in August 2013, four months before civil war broke out in South Sudan’s capital, Juba, and ripped across the country, pitting two dominant tribes – the Dinka and the Nuer – against one another.

At the Thar Jath facility, the offices for Sudd Petroleum Exporting Company are ransacked. It is a scene of pillage – documents and equipment left behind suggest a hasty departure.

A sea of crumpled paper is found in the hallway, and doors hang from broken hinges. There is smashed glass and upturned tables.

Fire extinguishers, hard hats, and ear plugs are scattered on the floor of a control room where the machinery has been ripped out.

Outside, at the heart of the plant’s central processing facility, vegetation is invading and toxic oil is leaking into the earth.

“We are in the centre of a war zone,” said Klaus Stieglitz, vice chairman for German aid group Sign of Hope who is here to investigate water contamination.

“The situation at this site is much worse than I expected. We can see massive leakages from the tubes and pipes with chemicals are allowed to seep into the ground,” he told Al Jazeera.

Oil is pooling at the base of rusting metal and concrete structures and has overflowed the drainage ditches.

“This is an environmental catastrophe. The oil will reach into the first drinking-water level [beneath the ground surface] and affect the local population,” said Stieglitz.

More on this story

The oilfields in oil-rich Unity state have been non-operational since the civil war began in December 2013.

New results from a six-year study by Sign of Hope and African Water Ltd highlights contamination of groundwater below the surface that can only be attributed to oil exploration and production activities.

The study estimates at least 180,000 – and maybe as many as half a million people – could be affected by oil-contaminated drinking water in this area, according to a researcher involved, Dr Hella Rueskam.

At one large waste pond in Thar Jath there is evidence of the oil company’s poor disposal practices: no sign of necessary plastic linings to prevent ground absorption.

A thick band of black grass around the pond shows that oil has already seeped into the soil and the upper groundwater level, explained Stieglitz.

“We told the companies years ago to line their waste ponds, it is not expensive. But if you do not line it and stop seepage then [the companies] have a more expensive process to remove waste,” he said.

This water is too salty, we cannot use it.

The nearest settlement to Thar Jath is Rier – a parched, bleak outpost eight kilometres away. In 2006, the oil company relocated people here who were originally living on the oilfield itself.

According to Mayil Thay Woor, deputy rebel commissioner for Koch county, most of Rier’s population of 6,000 fled into the bush to escape clashes between government and rebel forces.

A large tank erected by the oil company to store clean water for the village stands broken and empty. Children play naked in muddy puddles around the only working hand-pump.

The last time Stieglitz tested a sample from this pump in early 2009 – when the oil company was operating – the salinity result was 6.7 microSiemens/cm – already a dangerously high level.

“This water is too salty, we cannot use it,” said Agar Jok, a mother of eight, standing beside the hand-pump.

“We take our water from a dam in the river. We cannot stop the children from drinking here, but then in five days we must take them to the hospital. They get sick.”

She said she currently walks for two hours to collect about 20 litres of river water twice a day.

The Sign of Hope and African Water Ltd study found that sodium chloride-dominated water does not occur naturally in these parts of Unity state.

“We did not find rock in the study area that could be a natural source for the salt we found in the water supply,” said Rueskamp.

Water samples from surrounding wells and ponds also showed the presence of heavy metals such as lead, chrome and zinc.

“This contamination is caused by the water produced by the CPF and by drilling additives,” said Rueskamp.

Communities in the area have complained for years about undrinkable pump water and high livestock mortality.

Excessive levels of heavy metals such as lead in the human body will increase the likelihood of blood diseases and brain and nerve system damage.

The pump water here is too salty to drink so communities are forced to take it from swamps and rivers, thereby exposing themselves to surface water-borne bacteria and diseases such as bilharzia, said Dr Mineab Sebhatu, a medical coordinator with Sign of Hope.

The South Sudanese government has not cooperated with the research, according to Professor John Ariki, a geoscientist at Juba University.

“There is a reluctance of the authorities on the dangers of these oil activities. The oil companies deny involvement in contamination … and the authorities accept it,” said Ariki. “Since oil is a source of income [the government] does not want to anger the companies.”

Requests for comment from the South Sudan government and Sudd Petroleum were not received by publication time.

Results show the environmental damage here is already done, according to Rueskamp. “In these areas we have no chance to clean the first water table. We can only find an alternative.”

This alternative could involve drilling down to find a second, deeper water table that is clean – a process that would require funding, equipment, and logistics in the active war zone.

With battles ongoing and armed groups multiplying, it seems unlikely oil companies or the South Sudanese government will return to these oilfields any time soon. 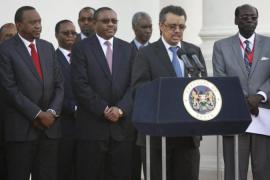