From drought-hit villages in Rajasthan to leafy tech campuses in Silicon Valley, India’s parliamentary elections have raised expectations like seldom before of a change in the direction the country is headed, if not its immediate fortunes.

However, no matter which party forms the next federal government or who becomes the next prime minister after the election results are announced on Friday, analysts caution that high public expectations are unlikely to be met quickly in a complex country with a billion-plus population, especially in the absence of a consensus on the way forward.

As the curtain came down on the five-week-long campaign which began on April 7, all evidence indicated that this would be a “critical election”, according to Ajit Kumar Jha, a Delhi-based political scientist.

If pre- and post-poll surveys are any guide, two phrases that former US President Bill Clinton used in his successful campaign of 1992 against former US President George Bush, Sr would appear to sum up the mood in India in 2014: “Change versus more of the same” and “It’s the economy, stupid”.

A team from the University of Pennsylvania, Carnegie Endowment and India’s Lok Foundation, which interviewed 68,500 voters before and after the elections, said that 57 percent of respondents mentioned economic issues as most important.

And testifying to the anti-incumbency mood, almost all election forecasts have placed the opposition Bharatiya Janata Party (BJP) comfortably ahead of the governing Congress Party.

Given India’s prominence as the world’s largest democracy and the eighth largest economy, the focus of a lot of the coverage by the international news media of the elections has understandably been front-runner Narendra Modi’s controversial candidacy.

In 2002, barely a year after Modi became the chief minister of the western Indian state of Gujarat, about 1,000 people, mostly Muslims, died at the hands of Hindu mobs following an attack attributed to Muslim bystanders on a train carrying Hindu pilgrims that left 58 passengers dead.

After years of investigation, Indian government agencies have failed to produce evidence to implicate Modi directly in the violence. However, he continues to face questions whether he took adequate measures to halt the attacks, and why the Gujarat police failed to intervene in many cases.

From the outside, it may seem like multi-religious India is about to choose a leader with blood on his hands.

But if recent surveys demonstrate anything, then for a large swathe of middle-class and lower-income Indians who lead lives of quiet desperation, the issues that mattered in the election of 2014 had little to do with the tragic events of Gujarat 12 years ago.

In its surveys from December, the Pew Research Centre found that a majority of Indians – 57 percent – thought the economic situation was good, with the assessment especially strong in northern India.

Nevertheless, an overwhelming majority – 70 percent – said they were dissatisfied with the country’s direction, and 78 percent voiced approval of Modi, compared with 50 per cent who favoured Congress’ Rahul Gandhi.

By most accounts, investors too have voted with their wallets.

“Our discussions with investors indicate markets are more favourably disposed towards a Modi-led BJP [coalition] government and that his victory is now being assigned increasingly higher probability,” analysts of the Swiss investment bank UBS said in a May 5 report.

This foreign and domestic investor optimism, though based on unreliable election forecasts, has lifted the benchmark share-price index by over 21 percent since September 13, 2013, while the Indian rupee – which performed dismally for much of 2013 – has gained 6.2 percent in the same period.

While the prospect of a Modi victory might have fanned the financial markets’ euphoria, supporters of the bureaucrat-turned-anti-establishment icon Arvind Kejriwal claim it is the presence of their Aam Aadmi Party, or AAP, that galvanised a large segment of the 18- to-23-year-old voters who qualified to vote for the first time.

The sheer size of this young demographic group – 150 million – and the presence of technocrats and urban professionals on the ballot in this election have prompted pundits to wonder if a new generation of voters is taking the first steps towards cleansing Indian politics of corruption, criminality and unaccounted “black money”.

Pran Kurup, AAP’s spokesperson in the US, believes the process is already under way. “We think the youth vote will make a big difference to the final outcome,” he told Al Jazeera in an email message.

“Based on social media activity, this demographic is engaged in the political process like never before and seem to naturally back AAP because of its new, innovative, trendy, outreach efforts and its stand on various issues that resonate with them.”

But such expectations could yet collide with the reality of an absence of broad consensus on the panacea for India’s economic and social ills, not to mention their sheer scale.

For all the talk of job creation and transparency, the tough decisions required for achieving those objectives are something no political parties spelled out to the electorate – and for good reason.

After all, it was the Congress which first liberalised the Indian economy in the 1990s, which accelerated growth and attracted foreign capital.

However, a subsequent series of regional poll defeats convinced the party that reforms were not a vote-winner in a primarily agriculture-based country.

Since returning to power at the federal level in 2004, chastened Congress leaders unveiled a number of costly welfare schemes for the poor on which they are still banking for rich electoral returns.

In the Pew Research Centre polls, over eight in 10 Indians said they believed two of the new welfare policies – a national rural employment programme and a subsidised food scheme – have been a good thing for India.

But the same polls also found that among youngsters [18- to 29-year-olds], just 17 percent said Congress would do more to create jobs compared with 61 percent for the BJP.

Whether the next government will be able to dodge this inevitable downside of high expectations is an open question.

In a recent note, two analysts of the London-based research firm Capital Economics, Miguel Chanco and Daniel Martin, gave their verdict: “The BJP may find it difficult to form a strong like-minded coalition, as most of India’s large parties have opposing left-leaning views or are predominantly focused on local state issues.”

Not just investment analysts, economists from across the spectrum have painted scenarios grim enough to give the next leader of India sleepless nights for months.

Chiding the BJP for its marketing of Modi as “a one-man solution to India’s economic ills”, Rajeev Malik, a Singapore-based economist, said in a Financial Times column: “It is not as if the 2002 [Gujarat riots] blot has been wiped out; it is just that the broader current urgency of economic well-being has overtaken a dated tragedy.”

And Shankar Acharya, a former chief economic adviser to the Indian government, put it this way in a column in India’s Business Standard daily: “The massive problem of too few decent jobs for the millions of low-skilled, new entrants to the workforce will continue to grow and bedevil India’s economic and social progress, with real prospects of serious social distress, political turbulence and sharply rising crime.”

Economists estimate that India needs to produce decent jobs for up to 90 million people who will enter the labour force over the next 15 years.

Yet as things stand, studies show, tens of millions will be compelled to take up comparatively unproductive jobs or menial occupations owing to inadequate employment opportunities beyond agriculture.

“Because there won’t be enough job opportunities outside of agriculture, both in rural areas and in cities, people will remain stuck,” Dharmakirti Joshi, chief economist for the credit-rating firm CRISIL, was quoted in a Wall Street Journal report of April on India’s stalled urbanisation.

CRISIL says the movement of jobs from agricultural to the more lucrative industrial and service sectors is now going backwards: 12 million more people will be working in farms by 2019 than in 2012 – a scary scenario that would have been unthinkable just a few years back.

For the Indian diaspora, though, there is another objective that is no less urgent than economic revival or administrative modernisation – namely, tackling corruption.

Which is why, until the election results are declared on May 16, among those praying for a strong performance by AAP candidates will be Viru Raparthi, a New York City finance professional who closely follows political developments back home.

Citing the example of Amanullah Aman, a US-trained graduate of the Indian Institute of Technology who was the AAP candidate from Ranchi, Raparthi told Al Jazeera: “Until just two years ago, comfortably settled Indian Americans would not have believed reform was possible in India’s political culture.”

But now there is a glimmer of hope, Raparthi says, so this time they have done everything possible to bring about that change.

For his part, Jha, the Delhi-based political scientist, says the general election was a chance to “convince both Indians and the rest of the world that democracy in India hasn’t become an end in itself but is still a means to deliver clean, competent and even-handed” administration.

“If the next government also fails to deliver,” he told Al Jazeera, “then many Indians might be tempted to see the Chinese governance model as superior to the Indian one.” 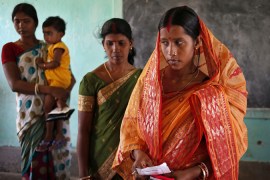 Nation grapples with huge political issues as it holds the biggest democratic election the world has seen. 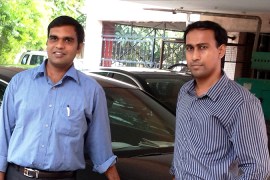 Has satire come of age in Indian politics? 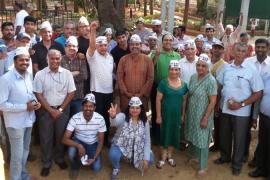 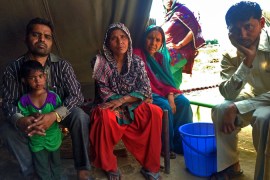 Community in riot-hit Muzaffarnagar, divided on religious lines, look for relief and security in elections.

Club of one: China’s economy grew faster than expected in 2020