It has been one year since three Al Jazeera journalists were arrested in Egypt in a case that sparked international outrage.

Baher Mohamed, Mohamed Fahmy and Peter Greste were arrested in Cairo on December 29, 2013 under false charges of aiding the outlawed Muslim Brotherhood and spreading false news.

In June, Greste, an Australian, and Fahmy, an Egyptian-Canadian, received seven-year jail terms, while Mohamed, an Egyptian, was sentenced to 10 years.

Baher Mohamed’s wife, Jehan Rashed, told Al Jazeera that the day her husband was arrested had been the worst of her life.

“The sentiment of injustice is overwhelming,” she said.

“Baher was arrested on this day a year ago. It was the worst day Baher, our children and I have ever lived.

“It was a dark day. I wonder if the [Egyptian] Army and Police are protecting the people. They came to arrest a journalist, while realising deep within he is a respectable professional, but they acted as if he was a felon.”

On Thursday, an appeal for the three jailed journalists will be heard at Egypt’s Court of Cassation.

The court will look at the process behind the original trial, a process that Al Jazeera has always maintained was flawed.

The court can either dismiss the entire case, uphold the verdict and the sentence, or order a new trial.

President Abdel Fattah el-Sisi is able to issue a presidential pardon, but he maintains that he will not interfere in the judicial process.

The Egyptian government has defended the jailing of the journalists, arguing that it was not a political decision and that it is now up to the appeals process to determine what should happen next. 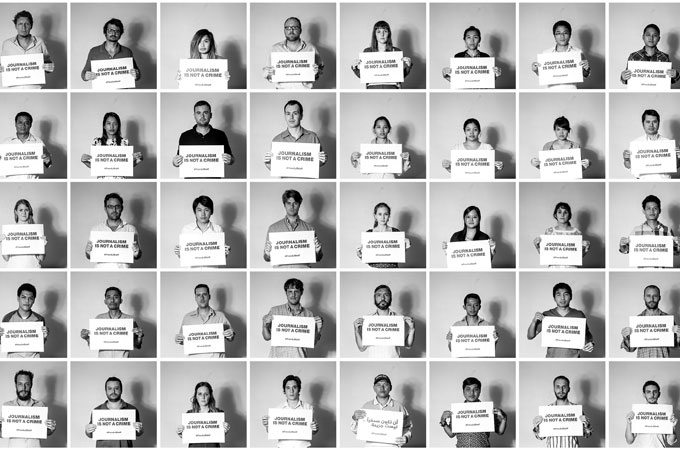 Calls for the release of the Al Jazeera staff have been made by the White House, the British Foreign and Commonwealth Office, the European Union, the Australian government and more than 150 rights groups, including Amnesty International, the Committee to Protect Journalists and the International Press Institute.

Speaking to Al Jazeera from Durban on Monday, former UN Human Rights High Commissioner Navi Pillay said that she is extremely concerned about the harassment of journalists and rights activists in Egypt.

Mohamed, Fahmy and Greste were arrested in Cairo as they covered the aftermath of the army’s removal of Mohamed Morsi from the presidency in July.

The Brotherhood, which supported Morsi, was listed as a “terrorist” organisation by the interim Egyptian government shortly before the accused were arrested.

The prosecution produced a number of items as evidence including a BBC podcast, a news report made while none of the accused were in Egypt, a pop music video by the Australian singer Gotye, and several recordings on non-Egyptian issues.

On January 1, Egypt’s Court of Cassation will examine how the country’s law has been applied so far on the Al Jazeera journalists’ case, but it will not assess the evidence or the charges.

Instead it is mostly procedural in nature, in which arrest warrants, the trial and the verdict will be reviewed.

The judges meet for a week every month, but there is no timeframe for them to issue their decision.

There are three potential outcomes: