Guadalajara, Mexico – Hailed as the main attraction of the Magic Spacial Cyber Circus in Guadalajara, “Big Yorgi” the elephant duly shuffled onstage, curled his trunk in the air and booted a few footballs into the sparse crowd. Then, with a solemn blink of the eye, he retreated backstage.

Mexico’s Congress passed a bill outlawing circuses with animals across the entire country on Thursday, but this performance offered a glimpse of the future given that Big Yorgi is a $50,000 robotic elephant built to pre-empt the new law.

The star of the show was preceded by jugglers, acrobats and dancing girls. Yet, judging by the rows and rows of empty seats, a circus without live animals has diminished appeal in Mexico.

“The circus is dying,” said Edwin, one of the Magic Spacial Cyber Circus directors who declined to give his surname in order to “avoid problems”.

A former soldier with 23 years of experience handling and collecting circus animals, Edwin said Big Yorgi does not compare to live specimens and lamented that he is no longer allowed to showcase his menagerie across Mexico.

“When we arrive in town, the first thing people ask is ‘what animals did you bring?'” he told Al Jazeera. “I’m losing everything that I’ve worked for my whole life. If my animals don’t work I don’t earn anything.”

The animals are systematically tortured, not only through cruel training methods, but also spending their entire lives being caged and transported around for 20 or 30 years.

The nationwide ban on circuses with animals will come into effect six months after it is signed into law by President Enrique Peña Nieto. The federal legislation is the culmination of a series of legal changes in the last year that saw Mexico City and 12 of Mexico’s 31 states prohibit circuses with animals.

The legislation has been pushed by Mexico’s Green Party (PVEM) and the conservative National Action Party (PAN).

Gildardo Guerrero, the PAN’s congressional leader in Jalisco state, told Al Jazeera that circuses with animals are “a modern form of slavery. In the wild, bears do not ride unicycles, elephants do not balance on balls and tigers do not jump through rings of fire”.

Prohibition has also been fiercely advocated by animal rights organisation AnimaNaturalis Mexico, which has led to demonstrations, political lobbying, and educational campaigns to create greater awareness of how circus animals are treated in Mexico.

“The animals are systematically tortured, not only through cruel training methods, but also spending their entire lives being caged and transported around for 20 or 30 years,” Adriana Buenrostro, the coordinator of AnimaNaturalis’ campaign against circuses with animals, told Al Jazeera.

Earlier this year, popular Mexican actress Kate del Castillo appeared in a video on behalf of People for the Ethical Treatment of Animals (PETA) that showed baby circus elephants being tied up, beaten and chained to concrete floors.

In defence of Mexican circuses, Edwin pointed out these elephants belonged to the Ringling Bros Circus, an American company that was touring Mexico at the time.

PROFEPA said it confiscated a Bengal tiger with damaged limbs, an African lion and three spider monkeys whose teeth and claws had been removed, and a black bear named “Invictus” that had suffered fur loss and was “missing his lower jaw, which made it impossible to ingest solid foods”.

Barley Circus did not respond when contacted by Al Jazeera.

Prior to the recent legal changes across Mexico, it was relatively common to see exotic animals in cages stationed beside busy roads whenever a circus was in town. In some cases, promoters with loudspeakers would even drive around town towing caged lions in trailers to advertise upcoming performances.

The use of circus animals in Mexico dates back to the early 1800s, when England’s Philip Lailson brought the horseback acrobats of the Royal Equestrian Circus to the country. Today there are 199 registered circuses in Mexico. The most common animals include dogs, horses, monkeys, camels, llamas, zebras, giraffes, bears, elephants, lions and tigers.

“The animals are not taken from the wild. They’re raised legally in captivity and traded between circuses,” Edwin said. “We don’t mistreat them; we train them,” he added, insisting he has always rewarded his animals for performing tricks rather than punishing their mistakes.

Not everyone is convinced. “We wouldn’t take our kids to a circus with real animals,” said Lupita Sanchez, a mother from Guadalajara, after a family outing to the Magic Spacial Cyber Circus.

“The children get excited by live animals but you have to consider whether they’re being mistreated and whether they’re bringing in animals that can’t adapt to life in the circus,” she told Al Jazeera.

“An urban area is not the right habitat for a real elephant,” added her husband, Raymundo Rodriguez. “They might not have the right climate or the right food and when they transport them there’s not enough space for an elephant, a lion or a giraffe. These aren’t domesticated animals.”

The couple’s views are broadly in line with public opinion. Of 1,000 people surveyed in May 2014 by Mexican pollster Consulta Mitofsky, 50 percent supported banning circus animals, while 27.9 percent opposed it. Only 48.7 percent were against the use of dogs in circuses, but the majority opposed the use of elephants (55.5 percent), giraffes (58.2 percent) and lions and tigers (60.1 percent).

Encouragingly for those concerned that prohibition of performing animals will cause closures and job losses, 68.8 percent of respondents said they would still attend shows without animals.

“We’re not against circuses, we just want circuses without animals,” Buenrostro said. “We recognise the talent of circus performers who need to work and earn money. But animals do not need or want to work.”

Even so, many circus professionals are staunchly opposed to the new laws and in recent months they have led numerous demonstrations across Mexico to defend their right to work with animals.

“They say we mistreat the animals but that’s a lie. We love them as if they were our family,” said Union Circus owner Walter Fuentes, after one of the final shows in Guadalajara before the ban comes into effect next year.
The performance involved camels and ponies jumping hurdles and a rather haggard-looking elephant that posed for photos with the audience.

Fuentes, whose father founded the Union Circus in 1938, has worked with animals for 40 years.

“We don’t know what we’ll do with the animals. We can’t just abandon them but no one wants to buy them. It’s very unfortunate,” he told Al Jazeera.

Speaking on condition of anonymity, another circus owner said it’s hypocritical to ban circus animals while blood sports such as bullfighting and cockfighting remain legal.

“That’s much worse, they sacrifice animals,” he argued. Many Mexicans consider bullfights and cockfights part of their cultural heritage, but animal rights advocates say the answer is simple.

“We’re against all forms of exploitation,” Buenrostro said.

“All of these practices should definitely be prohibited.” 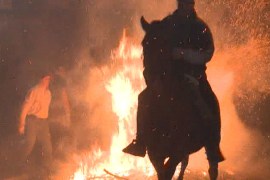 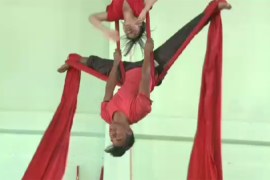 Hundreds of Nepalese children are often abused and forced to work in Indian circuses. 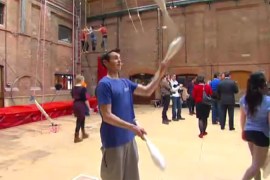 Upgrade for circus industry with performers now able to earn degrees at London venue recognised as centre of excellence. 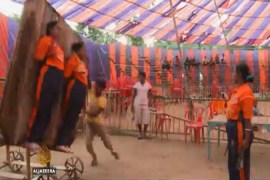