More than one third of all women around the world have been physically or sexually abused according to a new report by the World Health Organisation.

In what it billed as the first-ever systematic study of global data on the prevalence of violence against women and its health impact, the UN agency said on Thursday that 30 percent worldwide faced such abuse at the hands of their partners.

“These to me are shocking statistics,” said Flavia Bustreo, head of the WHO’s family, women’s and children’s health division.

“It’s also shocking that this phenomenon cuts across the entire world,” she told reporters.

The WHO blamed taboos that prevent victims from coming forward, failings in medical and justice systems, and norms that mean men and women may see violence as acceptable.

The findings were extrapolated from figures provided by 81 countries which maintain data, and did not single out individual nations.

The scale of abuse was highest in Asia, where data from Bangladesh, East Timor, India, Myanmar, Sri Lanka and Thailand showed that 37.7 percent of women were affected.

Next was the Middle East, where prevalence averaged at 37 percent. Sub-Saharan Africa followed, with 36.6 percent.

An average of 23.2 percent were affected in a group of high-income countries including North America, the European Union, Japan, South Korea, Australia and New Zealand.

“These data really show the tremendous toll violence has on the health of women,” said Claudia Garcia-Moren, a WHO specialist on gender, reproductive rights, sexual health and adolescence.

Underlining the impact of such abuse, the WHO said that globally, 38 percent of female murder victims were killed by their partners.

Women with a violent partner were twice as likely to suffer from depression and develop an alcohol problem, compared to women who did not experience abuse.

Victims of violence were also found to be far more likely to contract a range of sexually-transmitted diseases, from syphilis to HIV.

The study also flagged the higher likelihood of abused women having an unwanted pregnancy, an abortion, or an underweight baby – and their children were more likely to become abusers or victims in adulthood. 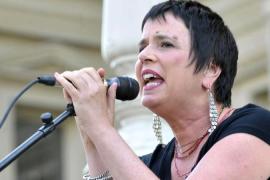 One in three – more than one billion – women and girls on the planet are beaten or raped during their lifetime. 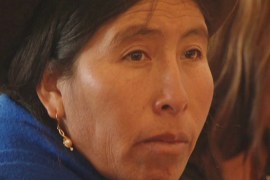 Violence against women to be punished with up to 30 years in prison in bid to halt widespread domestic abuse. 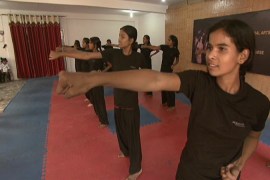 Lucknow’s Red Brigade empowers women and girls to speak out and defend themselves against violence.