Kenya has held its first presidential debate – between all eight candidates in next month’s tightly contested poll.

Millions of Kenyans watched and listened to Monday’s debate, broadcast live on national television, as well as YouTube.

Raila Odinga, the Kenyan prime minister, and his deputy Uhuru Kenyatta, who faces trial for crimes against humanity, were seen as the favourites in the vote.

During the debate, Kenyatta insisted that the crimes against humanity charges he faced at the International Criminal Court would not hinder him from running the country.

Kenyatta, the deputy prime minister and son of Kenya’s founding president,  faces trial along with his running mate William Ruto at the International Criminal Court (ICC) for their alleged roles in orchestrating murder of about 1,000 people, rape and violence after the 2007 poll.

Felix Odhiambo of the Electoral Institute for Sustainable Democracy in Africa, told Al Jazeera that the two frontrunners, Odinga and Kenyatta, “came out of the debates with their support base intact.”

“Nothing happened that broke them in any way, and throughout the debate they were busy appealing to their base,” Odhiambo said from Nairobi.

All eight presidential candidates cleared by Kenya’s electoral authority were present during Monday’s live debate, which was widely aired.

Kenyatta was asked about his ability to run the country despite facing the charges by the debate’s moderators. An audience of about 200 people also participated in questioning the candidates.

“I will be able to handle the issue of clearing our names… while at the same time ensuring that the business of government continues,” Kenyatta said in  reply to a question about how he and Ruto will juggle court appearances and run the country if elected.

But his key challenger scoffed at the possibility of running Kenya from The Hague-based ICC.

President Mwai Kibaki is stepping down after two terms in office.

Meanwhile, Sam Ongeri, foreign minister, accused European diplomats on Monday of trying to influence the election in the run-up to the March 4 vote.

Ongeri summoned European Union (EU) ambassadors on Monday to express his “utmost displeasure” at what he claimed was an “orchestrated attempt by a number … to influence the way Kenyans conduct” their forthcoming elections.

“The remarks made by EU envoys are clearly inflammatory and could have the effect of polarising the country,” Ongeri said in a statement after the meeting.

The violence shattered Kenya’s image as a regional beacon of stability when then opposition chief Odinga accused President Kibaki of rigging his way to re-election following the December 2007 polls.

What began as political riots, quickly turned into ethnic killings of Kenyatta’s Kikuyu tribe, who in return launched reprisal attacks, plunging Kenya into its worst wave of violence since independence in 1963. 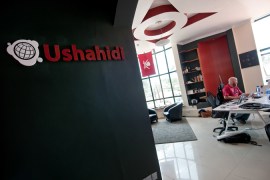 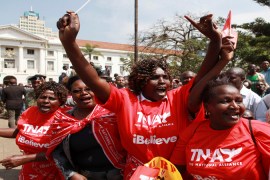 Fears of violence as Kenya prepares for polls