Ein Al-Beida, Occupied West Bank – For Palestinian farmer Esam Foqaha, agriculture is more than a profession, it’s a way of life. “Farming is not only a job. It’s our lifestyle and we will do it forever,” Foqaha said.

A member of the Ein Al-Beida Agricultural Union, which represents 70 farmers in the area, Foqaha said a combination of harsh Israeli restrictions on Palestinian farmers, Israel’s near total control of resources, and neglect on the part of Palestinian authorities has made Palestinian agriculture in the West Bank almost impossible.

“Israeli restrictions have a political purpose: to increase the economic reliance of the people on Israel. Some will leave the land and work in settlements instead of farming. They want people to leave,” Foqaha said.

Lack of water and land

Foqaha’s case isn’t unique. Instead, according to human rights groups, it represents a growing inability among Palestinian farmers to engage in sustainable agriculture in the occupied West Bank.

Almost 63 per cent of arable agricultural land in the West Bank is located in Area C, which according to the Oslo Accords agreement is under complete Israeli military control. Israel controls almost all of the West Bank’s water reserves, and severely restricts Palestinian access.

The cost of water is at least three times more expensive for Palestinians than for Israelis living in settlements in the Jordan Valley and northern Dead Sea area, according to a report by Israeli human rights group Btselem, titled “Disposession and Exploitation”.

Palestinian farmers are also prohibited from digging new groundwater wells for agricultural purposes, without first obtaining a permit from the Israeli Civil Administration. These permits are rarely, if ever, given and as a result, the Israeli army demolishes new Palestinian cisterns almost immediately. Confiscation of Palestinian water tanks has also been widely reported.

Israeli settlements in the Jordan Valley control more than 1.46 million dunams (1,460 square kilometres) of land, or about 90 per cent of the total area. This land is entirely off-limits to Palestinians. In contrast, only about one-eighth of the remaining agricultural lands under Palestinian control (50,000 dunams, or 50 sq km) is cultivated by Palestinians in the area, the Btselem report found.

A 2010 paper cited by a World Bank report found if Palestinians could access 50,000 more dunams of land (50 sq km) and additional water resources in the Jordan Valley for growing high-value vegetables and flowers, they could earn about $1bn annually. With access to an additional 100,000 dunams (100 sq km) of land, about 150,000-200,000 jobs could be created both directly and indirectly.

This lack of accessible physical space has forced many Palestinian farmers, including 58-year-old Abdel Karim Zbeidat, to rent land from Israeli settlements for agricultural purposes. “This is the reality. We don’t have a choice,” said Zbeidat, who has been farming since 1971 in his Jordan Valley village, also named Zbeidat.

According to the Btselem report, Zbeidat residents have access to 82 litres of water per capita for household use, compared to 411 litres per capita in Argaman, a nearby Israeli settlement.

Israel has imposed a variety of non-trade barriers on Palestinian farmers. For instance, Israel bans certain types of fertilisers in the West Bank on security grounds. Israeli products – which, due to Israeli government subsidies and cheaper production costs, can be sold at lower prices – also flood the West Bank market, making Palestinian goods less competitive.

In turn, Palestinians face a series of hurdles in selling their products in Israel, including most notably having to cross Israeli checkpoints. Often, trucks meet on either side of a checkpoint, and products are exchanged manually.

“The quality of crops decreases because it takes time to transfer the products from the farms to the trucks and to the market. It’s the farmer who pays for that,” farmer Esam Foqaha explained, adding Palestinian products sold in Israel now total about 20 per cent of what they did 10 years ago.

Some international investments in Palestinian agriculture have also had a negative impact on the sector. In the Gaza Strip, for example, Palestinian farmers produce flowers and strawberries for sale in European markets, instead of planting crops that can meet local consumption needs, such as wheat or corn.

“They allowed Palestinians to market in Europe, but they did not allow them to market in the West Bank. This represents an important non-trade barrier in front of Palestinian farmers and it is a discriminative one.”

Mohammed said as Israel restricted the number of Palestinians that could enter Israel for work after the Second Intifada, many Palestinians returned to agriculture as either a primary or secondary source of income.

In July 2010, the PA Ministry of Agriculture released its agricultural sector strategy paper for the period 2011-2013. Overall, the PA defined its goal as developing “sustainable and feasible agriculture, that is capable of achieving food security, [that is] competitive in the local and foreign markets” and “[cements] the bonds and sovereignty of Palestinians over their land, there on towards building the state”.

However, many have called into question the PA’s commitment to developing the agricultural sector. According to a report issued by Palestinian policy network Al Shabaka, titled “Farming Palestine for Freedom”, the Palestinian Authority has never allocated more than one per cent of its budget to the agricultural sector. Between 2001 and 2005, more than 85 per cent of the budget went to paying salaries at the PA’s Agriculture Ministry.

“The problem with the PA [is that] they avoid any sort of clashes with the [Israeli] occupational power and because of that, they understood the land only as a resource that needs to be farmed, without having this political message behind it,” said Alaa Tartir, Al Shabaka policy advisor and co-author of the report.

Agriculture’s contribution to the overall Palestinian economy has also dropped, from comprising 13.3 per cent of gross domestic product in 1994 to 5.7 per cent in 2008, the paper found.

“The PA needs to understand the development process differently,” Tartir said. “Farming is not only a project that needs to be profitable. It’s not a project that follows the economic efficiency model. It’s a different sort of investment. It is an investment that is related with identity, it is connected with freedom, with reclaiming land. And you need to understand it in that sense.”

Palestinians reported a heightened arrest campaign of leading agricultural employees by Israeli authorities this year. In July, the head of the Union of Agricultural Works Committees (UAWC) in Jericho was arrested in the early morning hours at his home, and held without access to a lawyer on unspecified charges.

It was the third in a string of similar arrests that month.

When asked why agricultural activists have seemingly been targeted, UAWC official Dr Taha Rifaie said Palestinians working their land was “a very clear symbol of resistance.”

“When you work on the land with farmers, it means giving the Palestinian people a better chance to stay on the land,” said Rifaie. “It’s not only a piece of land, it’s homeland. Without land, we don’t have a future.”

Al Jazeera contacted the Israeli Civil Administration in the West Bank for comment, but did not receive a response by publication time.

Rifaie said the Palestinian Authority must set aside more financial support for Palestinian agriculture if it wants farmers to remain.

While most Palestinian farmers were hesitant to openly criticise PA policies, Esam Foqaha from the village of Ein Al-Beida said farmers don’t expect much from the Ramallah-based government. Still, he urged the PA to help regulate which crops Palestinian farmers are planting, and subsidise them to better meet the needs of the market.

“If a farmer sees that he is losing money every year, maybe he will leave his land. But we don’t have any choice. We can’t move anywhere else,” Foqaha said. “A farmer in the Jordan Valley is a soldier, a breadwinner, and the main line of defense, but at the same time, the biggest loser. No one is taking care of us.” 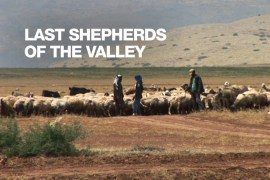 The Last Shepherds of the Jordan Valley

Palestinian Bedouins in the Israeli-occupied Jordan Valley struggle to cling on to an age-old way of life. 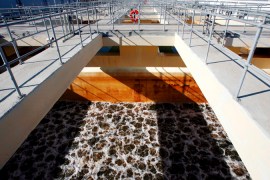 Desalination and the Israel-Palestine issue

Desalination can have significant repercussions on the environment, and much of those are not fully understood yet. 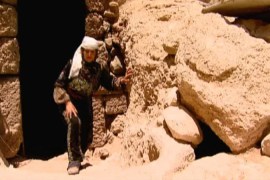 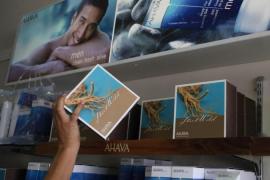 The move, to place new tags on imported goods from Jewish settlements, provokes an angry response from the Israelis.