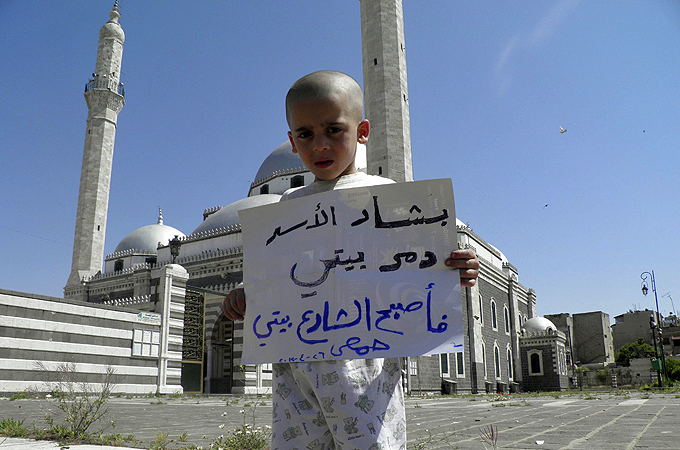 Siachen Glacier, 71km long and one of the world’s largest glaciers, is situated in the north of the disputed region of Kashmir.

This is a land seen by only determined mountaineers or adventurers, a place that can test human endurance against the rigours of high altitude and turbulent terrain.

But this is also the worlds highest battleground, where two nuclear armed states are locked in a struggle to keep a foothold at heights of 6700 metres.

Ever since Indian forces occupied the Siachen Glacier in 1984, both India and Pakistan have fought intermittent artillery duels.

In winter, temperatures here can plummet to minus 70 degrees and an estimated force of around 10,000 to 20,000 troops from India and Pakistan are deployed on this high altitude territory where mother nature and high altitude has left more soldiers dead than combat.

Over the past several years, soldiers from both India and Pakistan have seen amputation of limbs lost to frostbite, and death by pulmonary edema – and that is not all. Winds of up to 160km an hour can come without warning.

Over the past several years soldiers have often fallen into crevasses hidden by fresh snow and avalanches. Buried deep in the icy conditions of this mountainous territory, situated at the confluence of three of the worlds mightiest mountain ranges: the Himalayas, Karakorum and the Hindu Kush.

Most  helicopters cannot fly at such altitudes and Pakistani military relies mainly on its light helicopters to do tasks that pits man and machine against one of the worlds most difficult environments, negotiating through the narrow gorges of the high mountains, towering sometimes over 8,000 metres above sea level and subject to weather.

In this cold and inhospitable region summers are very short, and they are the only months where military helicopters dump fresh supplies before the onslaught of another long and bitter winter.

The conflict over this inhospitable region began when Indian forces occupied the Siachin Glacier in 1984.

Had it not been for a team of local mountaineers no one would have even noticed that the Indian army had moved in its regular mountain troops into a region in a bold strategic move that threatened to cut off the Karakorum highway and block Pakistan’s arterial strategic route to China.

Pakistan was surprised, and even though General Zia Ul-haq dismissed the Indian move by saying not even a blade of grass grew at this location, the Pakistanis rushed their troops here in a hurry. They were caught by surprise.

For years the Indians were shopping for high altitude gear, but Pakistani intelligence was unable to make sense of what the gear was for.

When the Pakistanis sent in their troops to stop further moves by India, its troops did not have adequate gear and fell victim to frostbite and sometimes even death due to the complications caused by high altitude.

I remember the helicopters bringing in the frostbite cases to the military hospital in Rawalpindi, also the headquarters of the Pakistani Army.

But with time the Pakistanis and the Indians both dug in for a long haul and exchanged intermittent fire using airburst munitions to wreak havoc on troops on  both sides of the disputed border.

Even though it was draining resources and testing the morale of the forces to the hilt, neither side was ready to vacate their positions unilaterally.

A few weeks ago a team of Indian soldiers went missing after an avalanche, but what happened in Giari, though not entirely unexpected in these treacherous mountains, came as a surprise.

In the last 20 years, Giari situated 17,000 feet above sea level, was as safe as any battalion headquarters could be.

However, on the morning of April 7, and just before dawn broke with Giari between 545 and 06:00am a wall of mud and snow mixed with large boulders buried beneath it the entire HQ of 6 NLI (Northern Light Infantry).

The first sign of trouble came as communications were cut off and everyone knew there was something wrong.

For most Pakistanis tuning into their morning transmissions it was just a news bar on the TV screens, but as the day wore on, the military admitted that its battalion at Giari was buried under an avalanche.

Early reconnaissance showed that the slide was almost a kilometre long and up to 80 feet deep. The only hope was that the men may have a air pocket to give them the crucial time it would take to dig them out.

The army was making slow progress but working in such a hostile environment was putting a strain on the men involved in the effort but determined to recover their fellow soldiers dead or alive.

If the challenges of terrain was not enough fresh snow and thick cloud cover was also shrouding the rescue operations in the area. It was a desperate effort but one that may prove to be in vain.