The training and equipment of a capable Afghan National Security Forces (ANSF) is at the core of NATO’s strategy to gradually transfer control and withdraw from Afghanistan by the announced date of 2014.

Yet after decades of factional war that destroyed Afghanistan’s military infrastructure, the task of creating a unified national force out of factions was never going to be easy.

Despite tremendous investment over the past decade and an impressive number of recruitment, questions remain as to whether the ANSF can independently secure the country.

The US has provided the bulk of the funding for the development of the force. Between 2005-2011, the US bankrolled about $40bn to train and equip the ANSF. Approximately two-third of the funding has gone to the army and one-third to the police.

In the 2011 fiscal year alone, the US spent $11bn on the Afghan army and police, a sign that efforts to train the force had intensified. But neither of the forces are reportedly battle-ready ready yet.

Their capabilities remain in doubt, as they receive little training – roughly eight weeks – before deploying to face a resilient enemy.

On many occasions, NATO has acknowledged shortcomings in training, and the forces, particularly the police, have often complained of being ill-equipped. Illiteracy among its personnel is also a hindrance. NATO estimates that the ANSF will achieve only 50 per cent overall literacy rates at the third-grade level in 2012.

The Afghan National Army, under the ministry of defence, is considered better equipped and more effective of the two forces. But it continues to face challenges, with an average monthly attrition rate of 2.3 per cent.

The Afghan National Police, under the ministry of interior, is a complex structure consisting of various different forces, such as counter-terrorism, counter-narcotics, and border patrol. A more recent addition, the Afghan Local Police (ALP), stirred controversy when the former NATO commander, General David Petraeus, promoted it despite strong resistance from Afghan President Hamid Karzai. The ALP, basically local militias vetted and equipped by the government, have been accused of extensive abuse since their creation.

For a poor country heavily reliant on foreign aid, and for an economy heavily dependent on foreign military presence, sustainability of a 305,000 force seems a very daunting task. With an estimated GDP per capita of $1000, Afghanistan will have to figure out how to pay its security forces’ annual budget, which could be anything between $4bn-$6bn. 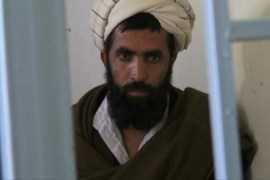 With no permanent security presence in many villages bordering Pakistan, people fear return of Taliban. 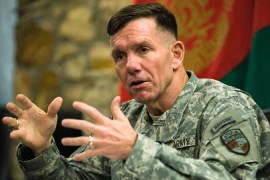 Will Afghan authorities really be ready to take control of their country’s own security? 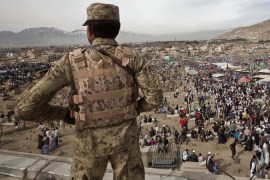 As NATO prepares to hand over power to Afghan security forces, is the country ready to take charge of its own future?