For every experience in Egypt that confirms settled beliefs, there is one that frustrates.

So it was on Wednesday, when Egyptians went to the polls in their first-ever democratic presidential election.

That debate has sparked more than a year of contentious politics, but when they came to a head on Wednesday, the result was a surprising display of national camaraderie and fractured stereotypes.

The Muslim Brotherhood’s dominating campaign machinery, omnipresent during last year’s parliamentary elections, when Brotherhood representatives could be found illegally campaigning at nearly every polling station, was suddenly nowhere to be seen.

Every front-running campaign stationed vote monitors inside the polls, except for the ostensible front-runner himself, former Arab League chief Amr Moussa, whose staff this reporter never saw during a tour of Cairo neighbourhoods from the southeast to the northwest.

Support could be found for almost every major candidate among the voters queuing and departing outside polling stations, but the most mentioned was Hamdeen Sabahi, a former parliamentarian and longtime socialist opponent of Mubarak who had barely been part of the national conversation until two weeks ago.

And coursing through it all was the excitement, more palpable than during the parliamentary voting that lasted from November through January, because this time the sentiment of the nation at perhaps its most critical stage in modern times will be distilled through one man.

From cafes to koshary stalls, the election dominated, and the only question was intakhabt – did you vote? 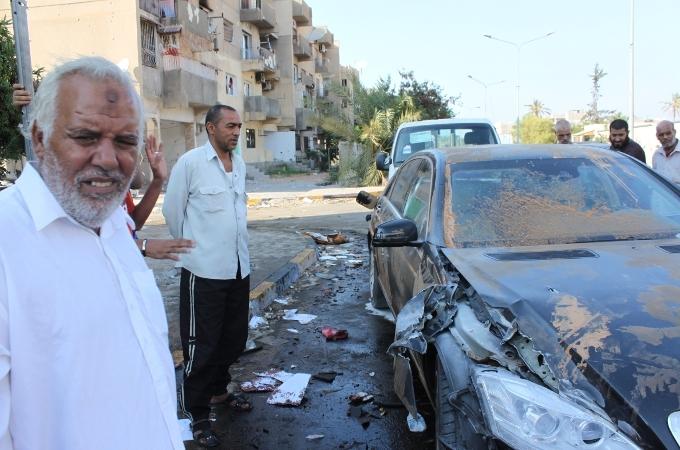 For streams of Egyptians who lined up, examined voter lists, sweated under the oppressive sun and negotiated with soldiers, police and election judges, the answer was yes.

At a girls’ school in Sayyida Zeinab, a working-class Cairo neighbourhood not far from Tahrir Square, they queued – always by sex – and waited as former US President Jimmy Carter and his entourage entered, looked around, and left.

Inside, election judge Khalifa el-Ghoushy, who in normal times handles criminal cases, said he had offered Carter tea and a seat. Yasmine Mokbel, a quiet 21-year-old and recent law school graduate who was monitoring the vote for Sabahi, said she had yet to spot a violation.

Farther south, in the Ain Sira neighbourhood, 29-year-old petrol company driver Ahmed Ali said he had voted for Mohammed Morsi, the Brotherhood’s candidate, though he was not a Brotherhood member. He liked the organisation behind Morsi and what he saw as his moderation. But Ali said the rest of his family would support Sabahi or Ahmed Shafiq – a former civil aviation and prime minister under Mubarak who is loathed by those who supported the revolution.

In a small Brotherhood office down the street and around the corner, 21-year-old Hassan al-Banna – who shares his name with the Brotherhood’s founder – introduced Yasser Shehata Mohammed, a 48-year-old electrical engineer who organised Morsi’s electoral campaign in the area.

Mohammed said Morsi would not receive as much support as the Brotherhood had in the parliamentary elections, which delivered them a near majority. Though he still predicted a Morsi win, he said the priority was preventing a member of the former regime from taking office.

Five minutes away by taxi, a young man in the Abu Seoud primary school accepted his ballot from prosecutor Mahmoud Abdullah, who was monitoring the vote.

“This was my classroom three years ago,” he said, smiling.

Later, as night fell, voters turned their mobile phone lights on the registers posted outside a school in the Imbaba district, discerning the number of their station.

Mohamed Ahmed Ibrahim, a 59-year-old retired Air Force colonel waiting for his daughter to emerge, said he voted for his former military colleague Shafiq. Sayyid Attallah, a veterinary doctor who works in Cairo but comes from Sabahi’s home governorate – Kafr el-Sheikh – said he voted for Sabahi. He smiled and shook his head at Ibrahim and walked away.

Inside, judge Kamal el-Kordy imposed order on his classroom, where lines stretched outside even in the darkness. Two women huddled together in a voting booth, and an assistant shouted at one to leave. She explained that she was simply trying to help her sister fix her ballot paper.

“You’re sisters at home, but not here!” Kordy shouted.

The first woman smiled shyly, shuffled to the box in the center of the room and dropped her ballot inside.