The United Nations Security Council has 15 members, but only its five permanent members – the United States, the United Kingdom, France, China and Russia – hold the power to impose a veto on the council’s resolutions.

In the most recent example of this power being exercised, Russia and China voted against a draft resolution that would have condemned a crackdown on anti-government protests in Syria and called on Bashar al-Assad, the Syrian president, to step aside.

Vitaly Churkin, the Russian ambassador to the UN, said the resolution “sent an unbalanced signal to the Syrian parties”. He said it did not condemn violence on the part of the armed opposition to the same degree as it did for the government.

According to the United Nations Charter, the Security Council will make decisions “by an affirmative vote of nine members, including the concurring votes of the permanent members”.

The word “veto” itself does not occur; its place is taken by the clause that requires all five permanent members to concur in order for a resolution to pass.

In total, 263 vetoes have been exercised since 1946, the year after the UN Charter was officially ratified.

Russia has used its prerogative more times than any other permanent member. Moscow has blocked resolutions 127 times since the UN was formed. Of those vetoes, 93 pertained to entire resolutions and 29 were objections to specific paragraphs or amendments.

The vast majority of those vetoes were undertaken before 1991, when Russia was part of the Union of Soviet Socialist Republics (USSR). The USSR exercised its veto 119 times from 1946 to 1991.

The use of the veto by Andrei Gromyko, the Soviet foreign minister at the height of the Cold War with the West between 1957 and 1985, was so common that he was known at the UN as “Mr Nyet”.

Between 1946 and 1968, the USSR exercised its veto 80 times, compared to three times by the UK, twice by France and zero by the US.

Moscow’s last two vetoes have been on resolutions relating to Syria. Churkin argued that the resolutions, the first of which was vetoed on October 5, have put the UN in a position of taking sides in an internal matter and discouraging a resolution based on political dialogue.

The United States did not exercise its first veto until 1970, on a resolution regarding Southern Rhodesia, which is present-day Zimbabwe.

Since then, it has used its veto 79 times, with more than 40 related to issues in the Middle East.

The majority have been resolutions that have criticised the Israeli government or failed to condemn armed Palestinian factions in the same language as that being used for Israel.

It used its last veto to block a resolution that would term Israeli settlement activity in Palestinian territory “illegal” and demand a halt to all such actions.

Susan Rice, the US ambassador to the UN, said her country “reject[ed] in the strongest terms the legitimacy of continued Israeli settlement activity”, but the resolution “risk[ed] hardening the positions of both sides” and moving them away from negotiations.

The United Kingdom has used its veto 31 times; the first in 1956 when it joined France in opposing a resolution ordering Israel to withdraw from Egypt.

Its most recent veto was in 1989, when it joined the United States and France in rejecting a resolution that criticised the US military intervention in Panama.

London tends to use its veto in conjunction with other countries, usually France and the US, although it has used a unilateral veto on seven occasions.

France has used its veto 17 times, most recently against the 1989 resolution on US involvement in Panama.

Like the UK, its first veto was in 1956 during the war between Israel and Egypt. France stood alone in 1947 to block a resolution relating to Indonesia.

Its only other unilateral veto came in 1976, on a resolution dealing with the Comoros Islands.

China’s Security council seat was occupied by the Republic of China (Taiwan) from 1946 to 1971. During that period, it used its veto only to block Mongolia’s entry into the UN in 1955.

In total, it has used its veto nine times. Each of Beijing’s four vetoes since 2005 have been come in unison with Russia.

The last veto China undertook on its own was during the Kosovo War  in 1999, blocking a resolution regarding the refugee situation in the then-Yugoslav republic of Macedonia. 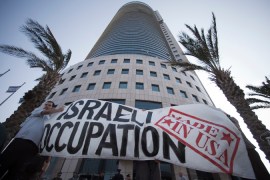 The one-sided US veto

The US, arguing that unilateralism is misguided, hypocritically plans to veto Palestinian statehood at the UN. 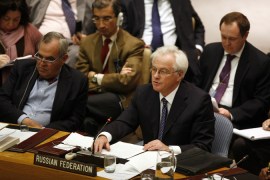