Detailed State Department cables on meetings between al-Maliki, General Petraeus, and US Ambassador Ryan Crocker also show how much influence the Americans had in Iraq, from security to oil production.

Meeting at al-Maliki’s residence on April 14, 2008, a perturbed prime minister launched into an “impassioned” criticism of Iraq’s Arab neighbours – Saudi Arabia in particular – and he questioned the need for an upcoming “Neighbour’s Conference”.

“We have seen nothing positive from Iraq’s neighbours: they did not reduce our debt, they did not return their embassies, and they have all interfered in our political, military and financial realms,” al-Maliki told the Americans.

In a May 2007 cable, the prime minister told Petraeus and Crocker that: “Iraq’s neighbours were conspiring to unseat him and destroy his country. While these nations’ leaders publicly state their goodwill toward Iraq, Maliki said, they denounce him as a sectarian leader and finance his country’s enemies in an attempt to foment civil war.”

Petraeus told al-Maliki that Iran was a “particularly nefarious actor, using its intelligence agencies to support both Sunni and Shia militia activities in Iraq.”

Iraq’s leader saved his most venomous comments for the House of Saud: “If they (the Gulf Arabs) want to talk about violence, maybe we should have a conference about Saudi Arabia. Most terrorists here are Saudis … The Saudi people have a culture that supports terrorism. The Saudi government cannot control it, and they cannot get rid of the terrorist institutions that are creating and funding terrorism.”

Al-Maliki accused Saudi Arabia’s external intelligence chief of fomenting sectarian conflict in Iraq. “I told Vice President Cheney that (Saudi) Prince Muqrin is funding a Sunni army to oppose the Shia army … I don’t want to make threats, but if the Saudis keep saying things about me publicly, that I am Iran’s man, then I can say things publicly about them as well,” al-Maliki said.

“Maliki also questioned his military’s ability to take on Al-Qaeda since so many MOD officials were Baathists working with this enemy,” a May 2008 cable quotes the prime minister as saying.

The Iraqi leader also complained about the Kurds wanting autonomy in the northern city of Mosul. “Do the Kurds want their own state?” he asked the Americans. If so it will mean “civil war”, al-Maliki is cited as saying in a September 2008 cable.

Petraeus told him the threat of force could unravel the progress toward peace in the war-torn country. “Political problems require political solutions,” the general said.

The prime minister also took aim at the organization led by the anti-American Shia cleric Moqtada al-Sadr. “When I said that they are now worse than Al-Qaeda in Iraq, I meant it,” declared Maliki. “Nationalists do not fight their own government, and they do not gouge people’s eyes out, or break their arms.”

Al-Maliki told the Americans he wanted to increase operations against enemy forces in the south, saying he so feared an attack against the Karbala holy shrine that he wasn’t sleeping at night.

To do so, more Iraqi security forces and weaponry, especially AK-47s, were needed, he told the Petraeus and Crocker. But the general balked at his assessment. What was really required, Petraeus said bluntly, “were better leaders and more courage.”

The leaked US State Department cables also describe the power that Petraeus wielded over the Iraqi government, not just over security matters. The government had apparently raised the price of heavy fuel oil (HFO), which led nations such as Jordan and Syria to buy from other countries. Petraeus urged the PM to address this oil-price issue, which he immediately did.

“PM Maliki interrupted the meeting and called Hussein Shahristani, Minister of Oil, from his cell phone and discussed the situation. Maliki directed Shahristani to lower the price of HFO, in order to stimulate demand for Iraq’s excess capacity.” 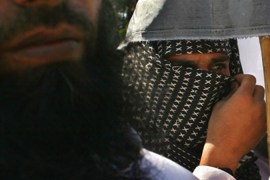 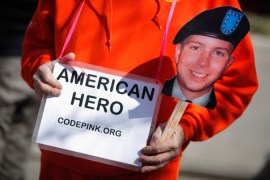 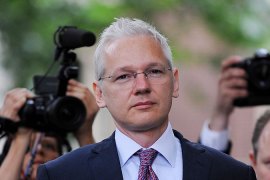 Founder of WikiLeaks could face prosecution in Australia after publishing unredacted US diplomatic papers.