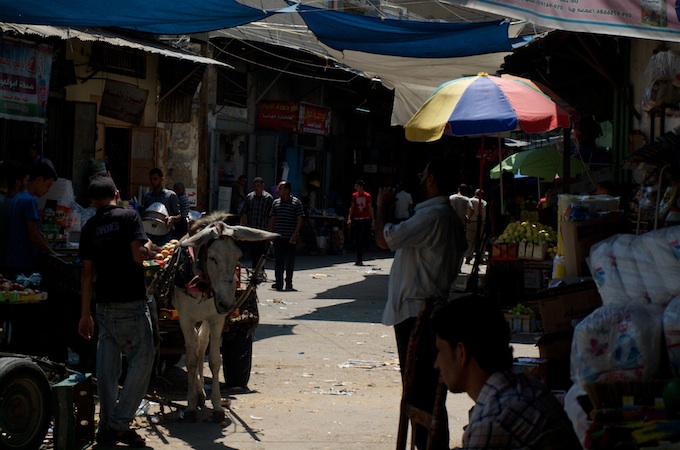 Gaza City — “This street should be crowded! You should not have room to move,” said Ahmad al-Jawwal, pointing to the potholed road running through Gaza’s central market.

But there are only a handful of shoppers strolling through the market on this hot September day, few of them carrying purchases. Women occasionally stop to inspect the quiet storefronts, but most walk away empty-handed.

It might seem bizarre to talk about an “economic crisis” in Gaza, where unemployment is widespread and aid agencies estimate that more than two-thirds of the population lives under the poverty line. But this has been an unusually bad year, even against that grim baseline, according to business owners in Gaza.

The problem, Gazans say, is that the two main Palestinian factions, Hamas and Fatah, are both months behind on paying salaries to their employees.

‘We are not totally independent’

The public sector is the largest source of employment in Gaza: Roughly 100,000 people are on the Hamas and Fatah payrolls, and that number continues to grow each year, according to the United Nations Relief and Works Agency. 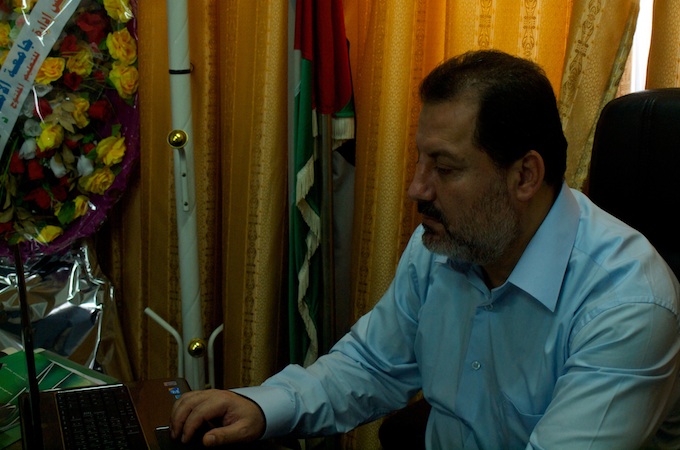 Those jobs should offer some stability, but both factions are months behind on payroll.

Hamas delayed its June salaries, finally paying them at the end of July; wages for July and August have not been paid. Alaa al-Rifati, the economics minister in Gaza, acknowledged the problem in an interview and blamed it on delayed donations.

“The income we receive from all areas, from taxes, from other sources, it has been delayed,” he said in an interview. “We are not totally independent. We depend on donations from outside.”

Hamas receives donations from a number of foreign countries, including Iran and Syria. Al-Rifati would not say which countries have delayed their payments, though Ahmed Yousef, the Hamas deputy foreign minister, denied press reports that Iran has cut its aid.

“These are all rumors that Iran has stopped sending money. The difficulty is moving money from one place to another,” he said. “It’s difficult to bring this money in because of our banking system here. We are still under siege.”

The larger problem, though, comes from Fatah – somewhat ironically, since it was forced out of the Gaza Strip in 2007.

Fatah still employs between 70,000 and 80,000 people in the Gaza Strip. They don’t actually do any work; indeed, Fatah forbids them from working. It pays those employees simply to keep them from joining Hamas.

But those paychecks have been delayed or reduced several times this year. Salam Fayyad, the prime minister in the West Bank, announced on Tuesday that Fatah will only pay half salaries to its employees this month. It did the same thing in June, and only paid salaries in July after workers threatened a general strike.

Mohammed, who runs a vegetable stand in the market, pointed at his neatly stocked wares, piles of cucumbers and tomatoes which seemed totally untouched by customers.

“It’s a game they play,” he said, referring to Fatah and Hamas. “A half month here, a half month there, and one month is gone! And the people will never get that money back.”

Business was even slow during Ramadan, typically a lucrative month, and the Eid al-Fitr holiday. Hamad, the owner of a small grocery store in the market, said his revenues last month were tens of thousands of shekels less than in 2010. He gestured to a half-kilo tub of white cheese, imported from Egypt, which he sells for NIS 15 [$4].

In past years, Hamad said, he took home about 100 shekels [$27] in profit every day. “Today I’m lucky if I make 20, 25 shekels,” he said. (Hamad, like several other people interviewed for this article, did not want to give his last name.)

Competition is also a growing problem. The Israeli embargo has crippled Gaza’s agricultural and industrial sectors, so many unemployed Gazans (unemployment is 45 per cent, according to UNRWA) open small stores. Dozens of stores in Gaza’s markets sell the same products, and from the look of it there are not enough customers to support all of them.

Spending patterns have changed, too. At the vegetable stand, Mohammed said customers have stopped buying in bulk; now they buy “only what they can afford day to day.” And Hamad said his shop only recently started carrying staples like cheese, flour and rice.

“I used to import cleaning supplies, but I changed to these goods, because these are daily needs and people will at least buy them,” he said. “People used to come in to buy shampoo, soap, toothpaste, and they bought hundreds of shekels worth… now I’m lucky if they spend 50 or 60 shekels.”

Both Palestinian factions have pledged to catch up on payments. Al-Rifati said he hoped the funding problem would be resolved now that Ramadan is over.

Fayyad blamed the delays mostly on Arab states, which have not delivered hundreds of millions of dollars in promised aid.

He has also faulted Israel: The Palestinian Authority last month asked Israel to accelerate the payment of NIS 380 million [$103 million] in tax revenues which it collects for the PA. But Israel’s finance ministry refused, which left the PA struggling to pay employees before Eid al-Fitr.

None of the business owners interviewed for this article, though, think the economic situation will improve; they expect that Hamas and Fatah will continue missing payroll, and that government workers will not receive the back wages they are owed.

Several said they have changed their practices – cutting prices and wages, buying less inventory – to keep their businesses afloat.

“2011 has been miserable. I can’t remember a time it was worse. I’ve barely sold anything,” said Haitham, the owner of a men’s clothing store. “I used to travel eight times per year to Turkey and China to buy inventory. This year I’ve only traveled twice. I’m barely selling anything.”