A legal opinion recently leaked to Al Jazeera highlighting serious ramifications for Palestinians’ planned bid for statehood at the UN in September has created further divisions between “pro” and “anti” statehood camps, with each side claiming the other is damaging future prospects for the Palestinians.

The leaked opinion, written by Oxford University law professor Guy Goodwin-Gill, was designed to “flag the matters requiring attention, if a substantial proportion of the people are not to be accidentally disenfranchised”.

Supporters of the bid for statehood claim the opinion is ill-researched and full of misinformation, aimed at creating fear within the Palestinian diaspora to prevent them from supporting such a bid.

Francis Boyle, a professor of international law and the legal advisor to the PLO and Yasser Arafat when the group pushed forward its Declaration of Independence in 1987, dismissed Goodwin-Gill’s opinion, calling it a “completely shoddy piece of work”.

“My understanding is that he is not an expert on international law, and he knows nothing about the Palestinians or the constitutional framework of the PLO, or its relationship to the PA (Palestinian Authority),”  Boyle told Al Jazeera. “I feel very strongly about this, since I’ve been advising the PLO on this matter since 1987, and I want all the Palestinians to know that there is no basis to any of his concerns, that the PLO will continue, and it will not be disenfranchised.”

Professor Boyle said he set up the 1988 Declaration of Independence so as all Palestinians “living anywhere in the world” would automatically become citizens of a UN member state, “and thus recognised, as citizens of Palestine by the UN and all member nations,” except for the US, Israel, and probably Canada.

“So the Palestinians will no longer be stateless, and this would entitle all Palestinians living everywhere to apply for passports from Palestine,” he added. While they may be able to travel on these passports, he said holding such a passport does not guarantee entrance into a country, as that is dependent on the visa regulations between the state of Palestine and the nation state in question.

Professor Goodwin-Gill’s opinion challenged the mandate of the PA, asking whether as a body it has the authority and legitimacy to move towards statehood.

“By definition, it does not have the capacity to assume greater powers, to ‘dissolve’ its parent body, or otherwise to establish itself independently of the Palestinian National Council and the PLO,” Goodwin-Gill wrote.

The PLO was officially established in 1965, when a number of different Palestinian groups and factions came together. The legislative body of the PLO is the Palestinian National Council (PNC), predominantly made up of individuals living outside of the Occupied Territories. The governing body is the PLO’s Executive Committee, made up of members elected by the PNC. It is the PLO which is the sole representative of the Palestinians worldwide.

Within the 1993 Oslo Accords, a US brokered peace process which was never implemented, the PLO established what it deemed to be a temporary administrative body, the PA, to govern over the West Bank and Gaza only. The PA’s legitimacy has since been called into question as Mahmoud Abbas remains its president, despite the experiation of his term.

Furthermore, the Palestinian diaspora with an estimated six million members, does not have a right to vote within PA elections. This leads critics to question the PA’s right to represent the Palestinians in the bid for statehood. It is the PA who is pushing forward the UN bid.

Questions over the Palestinian Authority’s legitimacy have become the crux of the debate for the diaspora. “We’re not against the principle of statehood, but it really comes down to who do we empower, as Palestinians in the diaspora and inside Palestine, to speak on our behalf, and the PA is not in that position,” Dalack said. “What they are doing is arbitrary, and we see it as a tactic to salvage their political position.”

The United States Palestinian Community Network has called for a mass rally prior to the September 20 UN vote, asking for people to come together and voice their opposition to the bid. “Any diplomatic initiatives, including the initiative at the United Nations this September, must preserve the status of the PLO as the sole representative of the Palestinian people at the United Nations and protect and advance our inalienable rights,” the statement said. “The current Statehood initiative does neither, and is therefore an unacceptable threat to the Palestinian national movement.”

Ambiguity over the bid

Professor Boyle argues against this tact claiming that through the Declaration of Independence which he penned, safeguards have been put in place ensuring that the PLO remains the representative of the Palestinians. “I set it up, and the PLO acted pursuant to my advice, that the PLO executive committee would act as the provisional government for the state of Palestine, and this was approved by the Palestinian National Council.”

This is not enough for Dalak. “What if professor Boyle is wrong? What does it mean for millions of Palestinian refugees to all of a sudden become citizens of an arbitrary Palestinian state? Does the Palestinian Authority have the capacity to protect their rights? How can the PA declare a state over territory that it is hardly allowed to control in the first place?” he asked. “How can statehood precede the end of Israel’s illegal occupation of Palestinian land?”

“For us, the main concern is representation, and the Palestinian Authority has absolutely no mandate to go before the United Nations and request a state.”

Professor John Quigley, an expert in international law and the author of the recently published book titled The Statehood of Palestine, found Professor Goodwin-Gill’s opinion to be “not very reasoned,” and that there has been “too much attention on this particular opinion”.

“It doesn’t actually go into the advantages of if Palestine was a UN member, and how it may enhance the possibility of gaining better settlement in negotiations with Israel,” he told Al Jazeera. “I feel that as a member, Palestine would be in a stronger position to negotiate, much better than as a national liberation organisation, whose status is still uncertain.”

Although he does point out the uncertainty over how the bid is being presented in the UN, which has led to the divisions within the diaspora. “It is the PA who is putting the bid forward, but there is ambiguity over whether it is the PA or the PLO pushing for it,” he said, adding that in the bigger picture, “that shouldn’t keep anyone from supporting the general proposition of a member state and be beneficial for Palestinians everywhere.”

Furthermore, he felt it important to highlight that with regards to the authority of the PA and the PLO, “it is the PLO that set the path towards statehood and the UN membership in the 1988 declaration on statehood. That of course pre-dates the PA.”

Rights for the diaspora

Yet there are those who remain unconvinced. Ahmed Moor, a Palestinian journalist and activist, found that Goodwin-Gill’s opinion not only highlighted an issue that has been on the Palestinian political landscape for quite some time; the disenfranchising of the diaspora, but also explained the limited powers of the PA and how it has gone above and beyond its scope of authority. “[Goodwin-Gill] points out that the Palestinian Authority is a subsidiary body whose non-representative decisions are non-binding and illegitimate from both a political philosophy and a political reality perspective,” Moor told Al Jazeera.

It is this issue that regardless of any mandate placed two decades ago in preparation for this move, remains the primary objection in the bid for statehood. “It is clear to most people that the PA does not represent the Palestinians, does not take their concerns seriously, and does not respond to their calls for accountability,” said Mr Moor. “The diaspora position has been untenable for decades now. The rights of the Palestinians outside Palestine were diluted by Oslo. Moreover, their position has worsened as members of the PA became more effective at administering the occupation on Israel’s behalf.”

For Mr Moor, the diaspora should, “focus our resources on Palestine and the rehabilitation of the PLO. That is our prerogative. It is our responsibility to ensure that Israel, America and the PA don’t succeed in silencing our voices or minimising our demands,” Moor said.

Boyle is not convinced, stating that: “Once Palestine has UN membership, Palestine will be there forever. Once it gets statehood, the Zionists won’t be able to destroy them.”

He said the bid for statehood would be: “The greatest act of emancipation since Lincoln freed the slaves in America.” 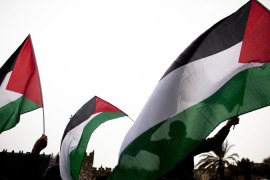 US envoy ‘threatens to slash aid to PA’

US consul in Jerusalem says Palestinian Authority could lose funding after statehood vote at United Nations. 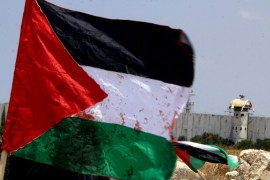 It’s time for all Palestinians to be heard

Palestinian leaders lack electoral legitimacy, partly because the Palestinian diaspora has no say. 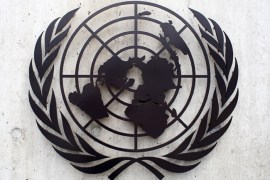 Palestinians risk losing their rights under the new bid, as representation is called into question, legal expert says.

US needs to support Palestinian state at UN

As a new cycle of violence begins, the US must do the right thing, rather than what is politically expediant.