Fireworks and tracer fire lit up the Tripoli sky as the rebel boats docked. Relatives who hadn’t seen their loved ones for months waited expectantly on shore, crying and cheering. This was the victory sail of rebels who had spent the last six months fighting to oust Libyan dictator Muammar Gaddafi in front lines across the country.

For months this tug boat had secretly traversed Libyan waters, smuggling fighters, weapons and aid to the besieged city of Misrata in the battle against Muammar Gaddafi’s regime. This time they were coming home to the capital city they thought was theirs.

“We are going to clean up Tripoli,” said fighter Muftah Islam, 34, “to find and finish Gaddafi once and for all”.

But as the hundred men, crammed among bags, ammunition and rifles on board, spoke of their military success, loyalist snipers continued to pose a threat to the city streets.

The fighters on board were a cast of characters from Libya’s six-month uprising.

Islam was hit by a “Grad” BM21 rocket on the front lines in eastern Libya in early March. With only one leg, he then moved to Misrata to man anti-aircraft guns. This was to be his first time in Tripoli since the uprising began. “My family don’t know I am coming; it is a surprise,” said Islam, his crutches lying beside his FN rifle.

Groups of men gathered around Masud Buisir, the “musician of the revolution”. He strummed the folk song that has become famous among the rebels:

“My mother, don’t be worried

We know how to fight

We know how to make freedom

We know for what we die.”

On the first day of the uprising in early February, Buisir had played this song sitting on the steps of Benghazi’s court house, as police fired live rounds upon crowds of protestors. With long curly hair, a knitted hat bearing the tri-color rebel flag, and wearing a khaki print T-shirt emblazoned with the words “Free Libya”, Buisir took his guitar to every front line of the civil war.

I first met Buisir as he battled just outside the oil refinery in Brega in March, guitar in one hand, gun in the other. “That day my best friend was captured,” recalled Buisir on the boat. “He and I were married on the same day just three months before the uprising, and both our wives are pregnant. I just received a call from him from to say he is alive in Tripoli!”

Roaming among the fighters, camera in hand, was Buisir’s 16-year-old Irish nephew Yehyia. Born and bred in Ireland to Libyan parents, Yehyia spoke with a Dublin accent as he explained that he and his 18-year-old sister had made their way by themselves to Libya.

Yehyia founded the “Libyan Irish Youth Organisation” with other exiled Libyan youths. Giving speeches on the Libyan conflict and holding meals in fancy hotels in Ireland, together they raised over 100,000 euros.

With cut-throat competition for university spots in the UK, they decided to plunge into Libya for his sister’s journalism college application. “I am helping my sister put together the portfolio for her college application,” said Yehyia.

For Yehyia’s father, the fall of Colonel Gaddafi is a matter of personal revenge. Ibrahim Buisir was a freelance journalist covering the world’s major wars, and running a humanitarian aid agency until the “Brother Leader” accused him of giving funds to terrorists. The Buisir family was known for their opposition to the regime.

“The United States put him on a blacklist, and Interpol woke us up at 6am with house raids,” said Yehyia. “All the Irish papers published our home address, we received lots of abuse. At school other kids called my dad a terrorist.”

Now the case is being reviewed by legal bodies in the UN, explained Yehyia and Masud.

The rebels passed the hours on board fasting for the holy month of Ramadan, and praying, until finally they saw the glow of Tripoli’s shoreline. A second rebel boat pulled alongside, and fighters jumped into the water, crossing onto each other’s boats under the starry night sky.

Most of the fighters came under the command of Anwar al-Magariaf, the brother of the co-founder of key Libyan opposition group the National Front for the Salvation of Libya (NFSL).

Like so many men on the boat, Anwar dedicated his life to removing the man that had become a personal nemesis. “He took my life. I lived outside of Libya, unable to speak to my friends and family, I was put in prison in ’76, I was made to witness public hangings at the age of 11.” They will not rest until they catch him. 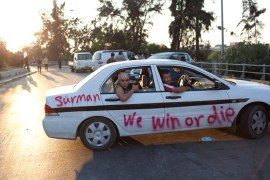 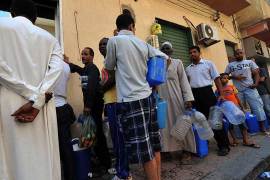 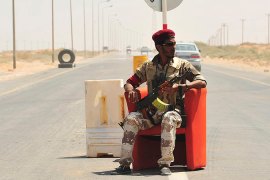 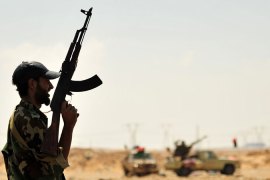 Gaddafi ‘ready to negotiate’ with rebels

Toppled leader is still in Libya and ready to negotiate forming a transitional government, according to his spokesman.