“I was walking down the street, talking on my cell phone, when a guy on a motorbike came by and grabbed the phone out of my hand. I ran after him but I couldn’t catch him. He had probably been following me.”

This message, from a person who had his cell phone stolen in the southern Brazilian city of São Paulo, was posted on WikiCrimes, a web site where citizens who have lost confidence in the effectiveness of police action can report crimes directly.

WikiCrimes in Brazil, and similar initiatives in Venezuela, Panama, Mexico, Argentina and Chile, provide interactive maps that people can use to anonymously report crimes, describe what happened and pinpoint the location. In this way, crime mapping identifies danger zones – crime hotspots – within a region with generally high crime rates, to enhance people’s awareness, preparedness and safety.

According to a report on Citizen Security and Human Rights, by the Inter-American Commission on Human Rights, in early 2010 Latin America was the region with the highest average murder rate in the world: 25.6 per 100,000 population. Young people aged 15-29 were the most frequent victims, with a murder rate of 68.9 per 100,000 people in this age group.

The crime maps seek to supplement the paucity of official crime reports at police stations, and to guide implementation of policies to fight crime, said Vasco Furtado, the systems engineer who created WikiCrimes.

“It’s very common nowadays to hear about someone who has been mugged, but [that they are] not going to report it to the police because they are convinced nothing would be done. Surveys of victims of crime in Brazilian cities show that under-reporting in the most densely populated areas may be as high as 60 per cent for some offences,” he said.

WikiCrimes receives crime reports from around the world, although most originate in Brazil.

In Venezuela, crime data maps can be accessed at the VicTEAMS and QuieroPaz sites.

VicTEAMS was created in 2009 in reaction to the thousands of hold-ups, kidnappings and murders committed in Venezuela, and especially in the capital, Caracas – considered the second most dangerous city in Latin America after Mexico’s Ciudad Juárez – according to a study by the Mexican Citizens’ Council for Public Security and Criminal Justice (CCSP-JP).

An online crime map of Mexico City was created by the newspaper El Universal, and a Buenos Aires province “map of insecurity” was funded by Argentine businessman and centre-right lawmaker Francisco de Narváez.

Crime map sites have also been set up in Chile and Panama. The Chilean crime map distinguishes between official crime reports and online reports from citizens, and Mi Panamá Transparente [“My Transparent Panama”], created by a group of journalists and non-governmental organisations, widens the focus to include swindles and corruption.

The crime problem in Venezuela is exacerbated by the lack of official statistics, said Ángel Méndez, a consultant at Tendencias Digitales, a firm that carries out market research in the field of information technology.

“Venezuela is one of the most violent countries in Latin America, and unfortunately there are no official statistics to monitor the violence. Body counts from the morgues are published in the media every Monday, but there is no crime database available,” Méndez said.

Citizens as agents of change

According to VicTEAMS, online maps are a useful tool towards reaching the Millennium Development Goals (MDGs), a series of targets adopted in 2000 by the international community to drastically reduce poverty, hunger, inequality, illness, mortality and environmental degradation across the globe by 2015.

The team responsible for crafting the website attended an international workshop on “Engaging Citizens in Development Management and Public Governance for the Achievement of the MDGs”, organised by the UN Department of Economic and Social Affairs and the government of the Spanish region of Catalonia in the regional capital, Barcelona, in June 2010.

The meeting produced the Barcelona Declaration on “The Critical Role of Public Service in Achieving the Millennium Development Goals“, stating that “citizens’ engagement has to be considered to accelerate the progress towards reaching the MDGs”, and that governments should work alongside citizens to address social problems proactively.

Wider access to the internet in Latin American countries has been crucial to the rise of online tools such as crime maps. Governments and NGOs in the region are promoting free or low-cost access to information and communication technologies for low-income sectors of the population.

A Brazilian government programme called Computers for Inclusion, and the Infocentres that provide access and computer literacy courses in Venezuela, are typical of such initiatives.

Crime maps and the problem of data accuracy

The interactive capability of crime maps and other online tools can hinder their effectiveness, due to incomplete or inaccurate crime reporting.

“At WikiCrimes we are concerned about false reporting. It is up to users to provide the system with information that boosts its credibility. Links can be added to videos, newspapers, photos or any other document that supports the informant’s credibility,” Furtado said.

On interactive crime maps, the incidents reported depend on the goodwill of citizens, but cooperation with government agencies can be decisive.

“The authorities do not view WikiCrimes as their ally, because it challenges the status quo. They are afraid of being pressured by society,” said Furtado.

Academics like Iria Puyosa, an expert on social networking and social capital, say “the problem of violent crime in Latin America will not be solved by online maps”, which are useful to a limited extent, for fighting invisibility and the absence of information.

The impact of social networks

The connections between the worldwide web and other communications technology, such as mobile phones, favour online crime reporting. According to information from Tendencias Digitales, 27 per cent of internet access is dialled up by mobile phone in countries such as Venezuela, and a large proportion of citizens use smart phones to report crimes or traffic conditions via Twitter.

In fact, Latin America is the world’s second region for users of social networks like Facebook and Twitter as a proportion of the population, after North America, according to SocialTimes, an information source on social media.

“We are more inclined to sharing and paying attention to what people are saying. For instance, Facebook penetration, measured as a percentage of the population, is 26 per cent in Latin America – compared to 20 per cent worldwide. Performing the same calculation for Twitter, we find its penetration in Venezuela is eight per cent, compared to three per cent for Latin America and the rest of the world,” said Méndez, quoting figures from the study.

Twitter accounts such as @SINviolenciaMX [“violence-free Mexico”] foster the development of a user network where people can both post and receive information about crime zones or traffic jams.

However, Puyosa stressed that messages from smart phones or social networks cannot be regarded as “real” crime reports.

“Effective denunciation of a crime, with the aim of evoking a law enforcement response, must be made formally to the police. Victims may vent their feelings of frustration via Twitter or Facebook, but these are not effective channels for reporting crime,” she said. 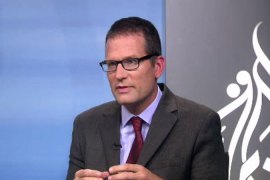 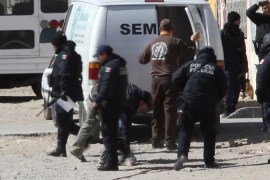 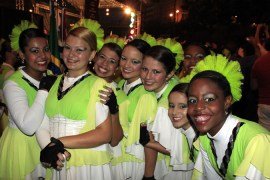 The Virada Festival in Brazil’s largest city is a testament to urban revival, however violent crime continues to persist 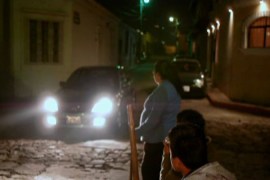 With crime rates spiralling, citizens step in to do what the police cannot.