With some people slamming their doors shut and others refusing to open them, it looked at first as though this community project might not get off the ground. But when marginalised young people in Tottenham, north London – the scene of the first of last week’s riots in England – set about approaching locals to help with an oral history project, they soon gained the trust of community members, who then joined in to celebrate what is more often a denigrated postcode. The resulting exhibition, which opens next month, includes one of London’s largest arts installations: around 150 giant photographic portraits of local residents.

While British politicians lined up to condemn “feral youths” in places such as Tottenham – most recently the scene of torched cars, shattered buildings and looted shops – this arts project, The Great Book of Tottenham, casts young people in a different light.

The project “shows how much benefit there can be for young people to be creatively engaged within their community, bringing self worth and pride to the community as a whole”, says John Baraldi, chief executive of the Bernie Grant Arts Centre, named after one of Britain’s first black MPs and home to this project.

This oral history project employed 36 formerly jobless young people to find local residents whose life stories would showcase the cultural heritage of Tottenham – one of Europe’s most culturally diverse postcodes.

Josh Nawras, a 25-year-old trained actor, was tasked to run the arts project, and describes the “massive changes” he saw in its participants. “They lacked a sense of entitlement, or a sense that their ideas were worth anything,” he says. “They were lost, because there was no-one telling them what to do.” Aged between 18 and 24, many of those taking part had gone straight from college to unemployment; many had sub-par literacy levels; some had never been to an art gallery. Since completing the project, all have gone on to other work or further education. “It took a lot of nurturing, but they found a way in,” says Nawras. “We took the time to make them feel like they were doing something useful, that they could feel proud of – it’s that simple.”

The Great Book of Tottenham is one project enabled by the Future Jobs Fund (FJF), a £1bn ($1.64bn) scheme installed by the former Labour government, creating six-month work placements for young unemployed people. One in five 16-24-year-olds in the UK are unemployed, while Tottenham is one of the country’s top three unemployment blackspots. This arts project is one of several set up by New Deal of the Mind, which places young unemployed people in creative jobs – an attempt both to counter the fatal neglect that arts suffer during a recession, and to break down doors within an industry often perceived as elitist. But the FJF was scrapped in the “austerity cuts” rolled out by the coalition government in May last year. Among critics of this move was the Organisation for Economic Cooperation and Development (OECD) which warned of sacrificing Britain’s labour market to a deficit reduction plan.

Prime Minister David Cameron recently reiterated his view that the riots were not caused by race, cuts or poverty – but were, in fact, down to a “twisted moral code” and “a complete absence of self restraint”.

Haringey, the London borough that contains Tottenham, has one of the most glaring wealth gaps between residents in the capital. It has also suffered 75 per cent cuts to youth services and careers advice services in the recent “austerity measures”.

“You see how it causes resentment and a lack of respect for authority,” says 18-year-old Areeb Ullah, who worked on The Great Book. “People are saying young people don’t care about society, but it’s because they think society doesn’t care about them. We’re all talking about the issues that let up to the riots – I’m ashamed at how young people had to shout and scream just to say ‘I’m here’.”

The riots in Tottenham were sparked after complaints over the fatal shooting by police of 29-year-old local, Mark Duggan, were ignored – which locals say added to pre-existing racial tensions between police and young people in the area.  Black people in England and Wales are 26 times more likely to be stopped and searched by police, according to figures relating to the use of the Criminal Justice and Public Order Act of 1994. In 1985, Tottenham suffered riots after Cynthia Jarrett died during a police raid of her home. Policeman Keith Blakelock was killed by a mob on Tottenham’s Broadwater Farm Estate a day later.

Ullah was at first “daunted” by the task of photographing strangers on Tottenham’s streets, but gained an interest after “interviewing lots of ordinary people doing extraordinary things – it opened my eyes to how amazing their lives are”. Among the photographic portraits in this exhibition is London’s first black mayor, the man who named clouds and a midwife who has delivered more than a thousand babies.

In response to the four days of riots, magistrates were advised by the courts service to ignore normal sentencing guidelines so that offences could be dealt with more harshly. One Manchester mother-of-two was sentenced to five months in prison for accepting a pair of shorts given to her by a looting friend (although later freed on appeal), while a London student with no previous criminal record was jailed for six months after stealing a case of bottled water, worth £3.50 ($5.75).

“When the MP that stole £7,000 ($11,497) from the Treasury ends up becoming the education secretary, young people pick up on the hypocrisy,” says Ullah, referring to Michael Gove, one MP caught in the 2009 British parliamentary expenses scandal. “These sentences only create a further gap with the police and authority. It is a really a knee jerk response, we need to step away from that.” 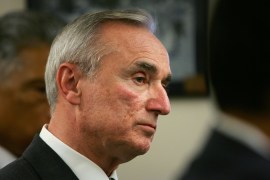 William Bratton to advise on strategies to deal with rioting after criticism of UK force by David Cameron. 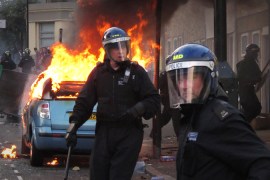 William Bratton said he would develop strategies on dealing with widespread rioting and gang culture. 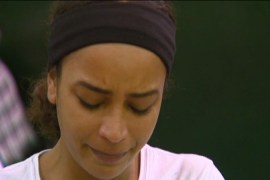 Scores of families were forced flee violence now find themselves without a place to call home. 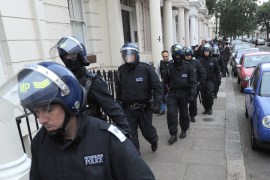