The Burkina Faso authorities have sounded the alarm over the increased rate of degradation of forests in this Sahelian country.

According to a study by the Ministry for the Environment and Sustainable Development, some 110,550 hectares of forest are destroyed each year, just over four percent of the country’s total wooded area – around three-quarters of this annual loss linked to farming. The data covers forest loss between 1992 and 2002, but the trend continues, according to the ministry.

The environment ministry’s study shows that in the eastern region of Kompienga, the destruction of wooded areas avearaged 1,600 square kilometres over each of the past 15 years. In Poni and Noumbiel, in the south-west, savannah forests have lost 60 per cent of their area, giving way to scrublands.

“The contributing factors are decreased rainfall, bush fires, the demand for wood and non-wood products, and clearing of forest in order to have larger harvests,” said Soumaila Bancé, the country coordinator for the Convention on Biodiversity at the National Council for the Environment and Sustainable Development.

“We have an increase in demand which exceeds supply. The population is growing and the resources are no longer sufficient to feed it. The area that we have restored is not enough to cover the demand,” said Bancé. The growth rate of the Burkinabé population is 3.1 per cent, according the most recent census, in 2006.

But poverty is also a factor, pushing unemployed youth to go after resources which do not belong to anyone/public-common resources. They cut green wood without waiting for it to reach maturity, said Bancé.

“They’re gathering immature fruit; only when the fruit is allowed to ripen is there the chance of regeneration because the seeds of ripe fruit can germinate and grow up to replace the big trees,” said Bancé.

The International Union of Concerned Scientists (IUCN) is extremely concerned by the accelerated degradation of forests in Burkina Faso, which also affects the soil. The IUCN says that between 1992 and 2009, the centre-west of the country saw an extremely elevated rate of deforestation for agriculture, which estimates the area lost to cultivation at 40 per cent.

Overall, there was an acceleration of degradation beginning in the 1990s, according to an IUCN study published in May 2011. Between 1982 and 1990, the union put losses at around 11 per cent per year, but in the past decade, the area degraded reached 43 per cent.

“There are a number of threats which threaten the biological diversity of our country due to the accelerated degradation of forests,” said Mouni Sawadogo, head of the IUCN programme in Burkina Faso.

The degradation of forests threatens the existence of more than sixty plant species. The red list of the IUCN shows that there are also animal species threatened with extinction, and in some lakes, stocks of some fish species are only a twentieth what they were 30 years ago.

According to Bancé, the baobab, kapok and wild plum trees are among the plant species threatened with disappearance.

“There is a awareness, but the lack of financing means there’s no follow-up, and the forest code is not applied/enforced,” says Sawadogo.

“If we want to restore biodiversity and slow the destructive action in the forests, we must continue with reforestation,” says Sina Sere, the director general of the National Centre for Forest Seeds. Each year, 10m seedlings are planted in the framework of reforestation campaigns, but very few survive for lack of care.

A strategic plan for 2010-2020, adopted in Nagoya, Japan, calls on each country to restore at least 15 per cent of its degraded zones each year between now and 2015.

According to the IUCN, forests currently produce a sixth of world emissions of carbon when they are logged, overexploited or degraded.

In contrast, stresses the IUCN report, forests react sensitively to climate change when they are managed sustainably. They produce wood for fuel, which can favourably replace fossil fuels. And they also have the potential to absorb a tenth of the expected world carbon emissions for the first half of this century in their biomass and store it permanently.

“We must involve people in the management of forests because they have a real capacity to respond. It is here that innovative smallholders or conservation actions can succeed; we have to learn from their experience, and combine this with research findings and make this available so we can reproduce what has already worked,” insists Sawadogo. “This will allow [us] to maintain biodiversity on the ground, and also allow people to live in this way.” 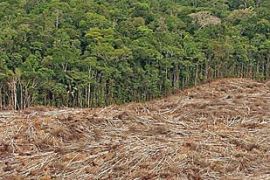 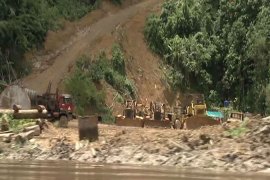 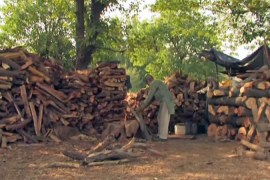 UN says rate of deforestation in Pakistan has quickened since 2010 floods.