The Dutch extreme-right leader Geert Wilders faces judgement in a court in Amsterdam on Thursday 23 June where he is on trial for labelling Islam as a “fascist religion” and for calling for the banning of the Quran. In total, Wilders is facing five counts of inciting hatred and discrimination.

The plaintiffs are a collection of minority groups that view Wilders’ anti-Islam comments as having overstepped the boundaries of free speech, compounding ethnic tensions in the country.

Dutch law is clear on what constitutes incitement to violence, but when it comes to incitement to hatred or discrimination, the limits are not as obvious. Since he launched the Freedom Party in 2005, Wilders has been artfully pushing the legal boundaries of freedom of speech, while technically never crossing them – or has he?

‘Nobody’ wanted this trial

From the very start, after the first charges were pressed against Wilders in 2007, his supporters labelled the case a left-wing conspiracy and a head-on attack on the freedom of expression in the Netherlands. On the other side of the spectrum, anti-Wilders groups warned the plaintiffs of the consequences of giving Wilders a platform, fearing it would only raise his profile further.

Legal experts also expressed their doubt whether “a political debate” belonged in a courtroom. When the charges were pressed, the public prosecution refused to pursue Wilders saying it did not believe in a successful outcome to this case, however insulting Wilders’ remarks were seen to be.

The prosecution department had already called for Wilders to be found not guilty when in 2009 an Amsterdam appeals court overturned the decision and ordered an investigation into Fitna – a short film Wilders produced on alleged Islamic extremism. In it, Wilders compares the Quran to Adolf Hitler’s Mein Kampf. The case against Wilders started in January 2010, but then collapsed following claims that the judges were biased. It was re-started a month later.

“This trial has been a fairly sorry spectacle. I do not think the debate about Islam in the Netherlands was helped by it in any way,” Heijne said.

Ideologies vs groups and individuals

Heijne explains that Dutch discrimination laws are not fitting for the current discussion about incitement.

“The biggest post-World War II evil was racism and our laws are designed to root out discrimination. What Wilders says is more about culture or religion rather than race. Wilders does not say: Arabs are an inferior race. If it is not about individuals or about clear racial characteristics, then it is really difficult to convict him.”

With this in mind, Wilders has said he has a “problem with Islamic tradition, culture, [and] ideology; not with Muslim people”. The question is whether the judge on Thursday will interpret Wilders’ remarks as challenging an ideology or insulting individuals or a group.

Like most analysts who followed the trial, Kustaw Bessems, a political journalist of the daily De Pers, believes Wilders will be acquitted.

“Both camps are unhappy about this trial and I think the judge would also want to get this over with sooner rather than later. In hindsight, it has become clear that the public prosecution was right when they took into account the expediency of fighting this particular battle in a court room… Moving a political debate into a court room has shown to be highly unsuccessful.”

Along with it being viewed as a political trial, many followers of the case do not see it as making the boundaries of free speech any clearer when it comes to incitement of hatred or discrimination. Wilders also stands trial for insulting a group, an article of law that many Dutch people argue should be removed altogether.

Wilders, who remained silent throughout most of the proceedings, argued in his final statement that: “The Netherlands is under threat of Islam. Truth and freedom are inextricably connected. We must speak the truth because otherwise we shall lose our freedom.”

Wilders claims that not only is he on trial, but that with him is the freedom of expression of many Dutch citizens.

Heijne labels this claim as being hyperbolic: “In the Netherlands, if you were to say that Islam should be exterminated with root and branch, you would not be committing a criminal offence because you are not talking about people. But if you were to say Muslims should be exterminated, then of course you would be convicted. If you were to ask people in the Netherlands if they think that the Quran should be banned, my opinion is that most of them would say: no, we wouldn’t go that far.”

“Comparing the Quran to Hitler’s Mein Kampf is of very poor taste, but proving that this is incitement is very difficult,” Heijne added.

Wilders is constantly pushing the limits of free speech and it is precisely that challenge that is appealing to many people. Wilders is very aware of what the legal boundaries are. By constantly saying that he is not referring to Muslims but to Islam, he is carefully trying to avoid conviction but at the same time, indirectly acknowledging that there are indeed boundaries to free speech.

Wilders formed his Freedom Party [PVV] – now the country’s third largest party – after defecting from the VVD [right-wing liberals] in 2004 and has seen his following grow ever since. Wilders’ ability to popularise anti-Islamic and anti-establishment ideas won the PVV 15 per cent of the vote at the 2010 election.

After the election, Wilders raised political backseat-driving to an art-form by becoming a formal government support party without actually being part of the cabinet. This tactic has proven to be successful, translating to considerable gains in the polls. Wilders’ latest gains, however, are not due to this anti-Islam stance or trial but to his opposition to bailing out financially troubled Greece.

The 47-year old politician has sensed that this issue is more important to many people in Holland than the debate about Islam, and has since lashed out against plans to extend further financial backing to the Greeks. He has pushed for a motion in Parliament, urging the government “not to pay another cent”, a stance that has skyrocketed his popularity.

“If you look at Wilders’ recent tweets, it is clear that he has replaced Muslims by Greeks,” Heijne says.

“The nuisance of minorities in the Netherlands raises much more emotions than the abstract idea of ‘Islam as an ideology’. When Wilders started putting the focus on that abstract idea, you could see that many of his supporters lost interest in the case. The larger public reacted by saying that Wilders should be focusing on his job instead of indulging in his obsessions. Especially since there are more pressing issues to worry about, namely the economic crisis.”

This won’t be over

Whatever the verdict will be on Thursday, it seems clear that the debate about the limits of freedom of speech in the Netherlands will not be over.

Bas Paternotte, a political journalist for HP/De Tijd magazine and a frequent contributor to the highly popular right-wing shock-blog Geenstijl, argues that the Dutch political climate has shifted significantly over the past years.

“Fifteen years ago, Hans Janmaat [another extreme-right Dutch politician] was convicted for saying he wanted to abolish multiculturalism. Last week, the government said that multiculturalism has failed and that it will cut financial support for minority target groups. This is an evolution in thinking and political action and maybe the trial against Wilders is part of that same evolution.”

In case of a conviction, Wilders will most likely appeal all the way to the European Court.

Heijne argues that: “Wilders will continue his obsession with Islam, if only for his financial backers who find it important. There are indeed some loonies who back these ideas, but outside the core of his followers, he is not gaining a lot from this issue.”

The verdict of the Wilders trial may set new boundaries to freedom of expression but will not ease the tone of the public debate on free speech or Islam in the Netherlands. Many people in the Netherlands already feel that there should be a limit to what one is allowed to say; however, when that limit is drawn, they would not want it applied to them. An often heard phrase is “I am only expressing an opinion”.

Heijne says there is a certain sour undertone in the hyperbolic language that is used in the Dutch discourse nowadays.

“This tone is very difficult to translate or explain to foreigners because it sounds incredibly blunt. However, Dutch people understand this tone and normal life isn’t actually so bad in the Netherlands.” 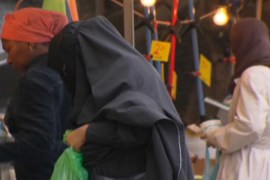 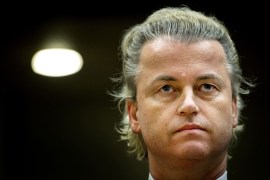 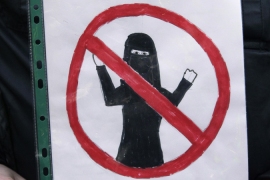