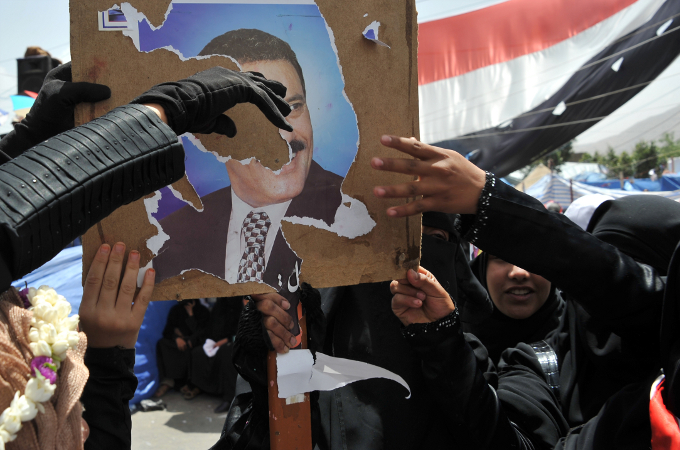 The US has slowly been dropping its support for Yemeni president Ali Abdullah Saleh, long one of its closest allies in the region – but many in Yemen haven’t noticed, or say it hasn’t gone far enough.

Behind the scenes, the US is increasingly leaning on Saleh to encourage him to step down. The White House has reportedly called his position untenable and pushed for his departure.

And the Wall Street Journal reported earlier this month that the United States froze a record $1bn aid package for Yemen shortly after the protests began. The deal would have included not only “counterterrorism assistance,” which Saleh has reportedly used to bankroll his campaigns against Houthi rebels in the north and separatists in the south, but also development aid, which Saleh points to as one of the benefits of his unpopular relationship with Washington.

Politicians and diplomats in Yemen say these actions have pushed Saleh closer to departure. Even a former member of the ruling party, the General People’s Congress (GPC), thinks negotiations on Saleh’s future are largely based on an American proposal.

“What is really on the table is the negotiation process started by the US and European Union ambassadors,” said Sheikh Mohammed Abu Lahoum, a former senior member of the GPC.

America’s public position has been far less critical. US president Barack Obama has not called for Saleh to step down – as he did former Egyptian president Hosni Mubarak and Libyan leader Muammar Gaddafi – despite weeks of brutal violence directed at peaceful protesters.

Barbara Bodine, a former US ambassador to Yemen, argued that the US had “struck almost the right tone,” and that Obama could not “throw Saleh under the bus”.

“The language implies that something needs to change, that it’s not going to be Saleh, do or die,” said Bodine, calling the protesters “romantic revolutionaries” and arguing that some of their demands were unrealistic.

But this argument has won little support on the streets of Sanaa, where many protesters are angry at America’s perceived ongoing support for Saleh. Tawakkol Karman, a leading member of the protest movement, said earlier this month that demonstrators were “angry” with the United States. A student protest leader told the New York Times that he had “lost his trust” in America.

Public positions aside, America’s recent behind-the-scenes pressure is a reversal from just last month, when US defence secretary Robert Gates said Washington had “not done any planning” for a post-Saleh Yemen. 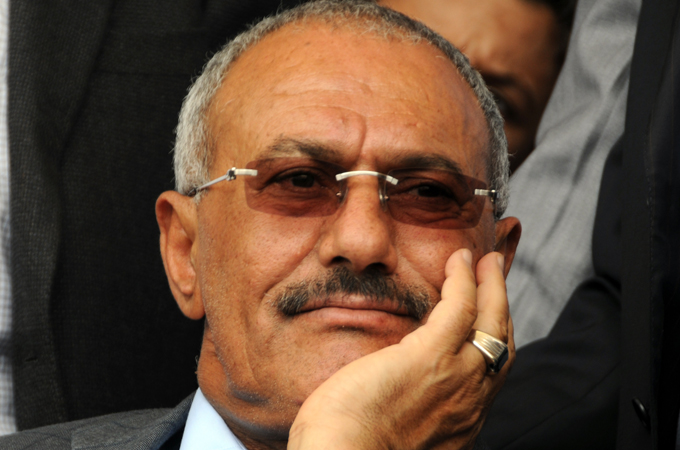 A key reason is counterterrorism, which has been the main focus of the US-Yemen relationship, particularly over the last ten years. US intelligence officials consider the Yemen-based Al-Qaeda in the Arabian Peninsula (AQAP) to be Al-Qaeda’s most dangerous “franchise”.

And they worry that the ongoing unrest in Yemen has created a “security vacuum,” as one analyst put it, which AQAP will try to exploit. Saleh, after all, has diverted some of the country’s military resources from counterterrorism to preserving his own grip on power.

A US intelligence analyst said agencies have picked up increased “chatter” from AQAP over the last two months. The analyst, who asked to remain anonymous to discuss sensitive information, said there was no evidence of a specific plot, but that the “chatter” was still alarming.

Saleh has received billions of dollars in military aid from the US over the last decade, and he has allowed US special forces and drone aircraft to conduct missions on Yemeni soil. The prospect of his imminent departure is forcing US officials to rethink their relationship with Yemen.

“The change will be that the US will no longer be able to run its counterterror operations through a single individual,” Johnsen said. “It’s unlikely the next leader of Yemen will be as free to acquiesce to US demands.”

US officials have suggested that the changes will be minimal: At a briefing earlier this month, state department spokesman Mark Toner said that “counterterrorism cooperation continues in Yemen, and frankly, it’s not something that’s directed at one person, it’s ongoing cooperation with the government of Yemen.”

Leaders of the protest movement, too, have sought to downplay American fears: At a forum earlier this month sponsored by the Washington-based US Institute of Peace, Karman promised that the youth would “honor all international agreements.”

But if Yemen’s next government is more responsive to popular demands, it will have to curtail some aspects of the US operations. The US central intelligence agency reportedly used an unmanned Predator drone to kill six alleged al-Qaeda members in 2002, and the Washington Post reported last year that the US had once again deployed drones in Yemen’s airspace.

These operations have been deeply unpopular, particularly the 2002 airstrike, which prompted protests that nearly toppled Saleh’s government.

“The new government will want more of a direct role in going after AQAP,” Bodine said. “So elements such as Predator drones flying overhead may not be acceptable.”

Whatever influence the US has in Yemen, it is eclipsed by that of Saudi Arabia, the country’s neighbour to the north.

The Saudis have a long history of interfering in Yemen’s affairs. It is the government’s largest foreign donor, a key source of financial support, but it also makes large payments directly to some of Yemen’s tribes – an effort to ensure that their loyalties run through Riyadh rather than Sanaa.

Saudi Arabia has played a leading role in the negotiations over Saleh’s future, hosting a series of Gulf Cooperation Council meetings on the subject. Members of the Joint Meeting Parties, the main coalition of opposition parties, are in Riyadh right now discussing a GCC proposal.

Analysts say the US and Saudi Arabia have similar short-term interests, but that they share different long-term visions for Yemen.

“There’s one very immediate and common interest of stability,” Iryani said. “But beyond that, I think American and Saudi interests diverge. Saudi is not interested in the development of a democratic state.”

A major Saudi role could also undermine the rare unity which has characterised Yemen’s politics for the last two months. Saada province in northern Yemen, for example – where Houthi rebels and the government have fought an on-again, off-again civil war for nearly a decade – has been relatively quiet. The Houthis announced their support for the protest movement, as have secessionists from southern Yemen.

Both groups have a poor history with the Saudis. Riyadh tried to undermine communist South Yemen when it was an independent state in the 1960s and 1970s. And the Saudis have long accused the Houthis (Shia from the Zaidi sect) of receiving support from Iran, even though US state department cables released by Wikileaks and published on Monday in the Lebanese daily Al-Akhbar say that officials in the Saudi government are “privately skeptical” of those claims.

“One of the hallmarks of Yemen is a long history of religious tolerance,” Bodine said. “And I don’t think the Saudis will necessarily have the same vision for that.”