Last week, as Shimon Peres, the Israeli president, was calling a South Tel Aviv school to congratulate it on its role in an Oscar-winning documentary, the state was preparing to expel 120 of its students, including the star of the film, Esther.

Strangers No More was produced and directed by American filmmakers Karen Goodman and Kirk Simon. The film focuses on South Tel Aviv’s Bialik-Rogozin school, which is attended by children of refugees and migrant workers. The film side-steps the subject of deportation and focuses, instead, on the story of three children who adjust, successfully, to life in Israel.

Despite the fact that the film is American-made, Israelis have widely celebrated the Oscar win as their own. The ministry of foreign affairs – the government body that, among other duties, actively promotes a positive image of Israel – was quick to add a congratulatory headline to its website. And Peres called Bialik-Rogozin’s principal, Karen Tal, to remark that the school “had cast a beam of light on the country’s humanity”.

But, in reality, the picture is bleak. After a five-month delay, 400 children of migrants face imminent deportation, along with their parents, while African refugees are facing growing violence inside the country. As the government lauds “the country’s humanity”, some Israelis are preparing to hide the children and their families.

On the same day that Strangers No More won the Oscar, the Israeli media reported that the government had put its final touches on a detention facility at Ben Gurion International Airport where the children will be held as they await expulsion. A local news station ran images of the jail, which is equipped with family games and features drawings of Sponge Bob and Pooh Bear on the walls.

“Will children be separated from parents? Would a time limit be set for keeping a child in detention?” Sela asked. “The authorities have refused to elaborate.”

She pointed out that the first phase was naturalising the children who met the government’s criteria, as determined in August 2010. Since then, 701 minors have received legal status.

“In the coming weeks, the second half of the decision [the deportation] will be applied.”

Rotem Ilan, the co-founder of Israeli Children, a non-governmental organisation that has been fighting the deportation since it was first announced some 18 months ago, is afraid that the children could face lengthy detentions before expulsion.

“It’s important to understand that most of these children don’t have passports,” she said. “Some don’t have documents because they weren’t born in their parents’ home country. Many of them are citizens of nowhere. And [obtaining passports] can take a long time.”

“It doesn’t matter how many decorations you put up, a jail is a jail. There’s no picture that can erase the trauma of deportation,” Ilan added.

“When all the newspapers talked about the Oscar, they used the word ‘us’. ‘We won the Oscar.’ But the second you start talking about the deportation, it’s ‘them’,” she continued. “So [the children] aren’t Jewish. But they’re Israeli. And if we deport them, the moral stain will stay with us forever.”

Activists and human rights groups also consider the planned expulsion unjust because many of the parents facing deportation are migrant labourers who arrived legally on Israeli-issued work visas. While Israel lacks laws regarding non-Jewish immigration, it revokes the visas of migrant workers who have children in Israel – a policy many critics consider inhumane.

“The deportation is a continuation of the state treating [migrant workers] as though they were machines,” Ilan remarked.

Some Israeli officials, including Yishai, have labelled migrant workers and African refugees a threat to the Jewish character of the state. Similar language, of course, has been used about the country’s Palestinian population, which as finance minister in 2003, Binyamin Netanyahu, the current prime minister, referred to as a “demographic problem”.

And this political climate is fostering more than the deportations.

Among other recent incidents, just two weeks ago, a Sudanese man was attacked in the centre of Tel Aviv, while in February, two Sudanese men were beaten and stabbed by a gang of Israeli youth in an attack the police considered to be racially motivated.

Two of the stars of Strangers No More are African asylum seekers – one from Darfur, the other from Eritrea.

While asylum seekers are safe from deportation – and this seems to be an acknowledgment of the fact that they are, indeed, refugees – Israel does not grant them any sort of status. Without work visas, they struggle to survive. And it is not uncommon to see asylum seekers sleeping on the streets or in parks.

“These are the stars of the movie: Children whose parents can’t work and a girl who is supposed to be held in jail,” Ilan said.

South Tel Aviv schools were half empty last Sunday as parents, terrified of the immigration police, kept their children at home.

Yigal Shatayim, a 44-year-old painter who lives in Tel Aviv, has been at the forefront of plans to hide the families facing deportation. As the grandson of Holocaust survivors, the plight of migrant workers’ children has struck a deep personal chord.

When the expulsion was finalised in August of 2010, Shatayim says he was “very angry”.

“I wasn’t aware of any organisations working on the subject,” he said. “I just opened a Facebook group.” He called the grassroots organisation “The group for sheltering the 400 children to be deported from Israel” and included images of Nazi-era deportations of European Jews.

“I wanted everyone to look at this situation as a human condition and not something having to do with migration,” Shatayim said. “It was provocative and that was my intention.”

Over 2,000 Israelis have joined Shatayim’s group. Hundreds are willing to open their homes to those facing deportation and the Kibbutz Movement has also offered facilities.

Hiding the children and their parents on the kibbutzim is the best option, Shatayim explains, because the Kibbutz Movement has empty houses and “a whole system to support the community … It’s better than having people as guests in flats”.

But Shatayim, who says he is waiting until the “last minute” to start hiding families – is hedging his bets. He keeps a long, detailed list of Israelis who are willing to help.

“Activists isn’t the right word for them,” he says. “They’re regular people.”

Some are parents with children in the army who have their children’s old bedrooms ready to accommodate the families. Landlords have also stepped forward to offer empty properties to those facing deportation and one family in the north of Israel plans to donate two houses, rent-free, to the cause.

But activists and volunteers are somewhat paralysed in the face of the interior ministry’s vague plans – the deportation was announced in July of 2009, postponed, finalised in August 2010, slated to begin in October 2010 and still, the details remain unclear.

And although the public is widely opposed to the deportation, it also seems exhausted – while a May protest against the deportation drew 10,000, less than 1,000 turned up for a rally held on Friday.

Among those present was Esther Aikephae, the now 12-year-old star of Strangers No More. After her mother was murdered, Esther and her father fled South Africa out of fear for their lives.

Esther meets most of the government’s criteria for naturalisation – she attends a state school, speaks fluent Hebrew and entered Israel before the age of 13. But because she and her father arrived four years ago – and the criteria applies to children who have been in Israel for five years or more as of August 2010 – Esther faces deportation.

Speaking at Friday’s rally – where protesters held signs saying ‘Eli Yishai doesn’t deserve an Oscar’ – Esther remarked, in fluent Hebrew, that she was “very happy” that Strangers No More won an Oscar. The award brought “honour to Israel and the city of Tel Aviv,” she said.

But, she added, the state has “different plans” for her.

“I speak Hebrew, write Hebrew and read Hebrew. In the name of all the other children who find themselves in this position, I call on the state of Israel to let me stay. We don’t have another country,” Esther said, referring to an extremely evocative folk song that most Israeli school children know by heart.

‘Because of my daughter’

It is another Sunday morning in South Tel Aviv – a week after the Oscar win, a week after the media aired images of the children’s jail at Ben Gurion International Airport – and the streets remain quiet.

Christina Ongpin, a 35-year-old migrant worker from the Philippines, holds her daughter’s hand as she walks her to school. The little girl, who is almost four, wears a pink sweater. Her black hair is in pig tails.

Ongpin, who is eight months pregnant, says that she is just as frightened now as she was August. “But I try not to think about it,” she says.

Ongpin adds that many of her friends are keeping their children at home. When asked if she has heard about the Israelis who are willing to hide families, Ongpin says that she has not.

When other mothers facing deportation are asked, many also reply that they were unaware of such plans.

But Ongpin says that she will not hide. “Because of my daughter,” she says. “She loves to go to school. She is speaking Hebrew already and she doesn’t want to miss one day.” 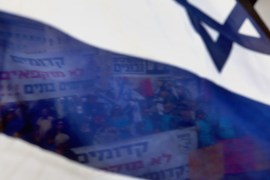 The death of Israeli democracy

Many left-wing Israelis are concerned that anti-democratic legislation is pushing Israel towards fascism. 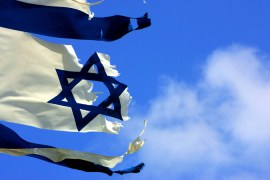 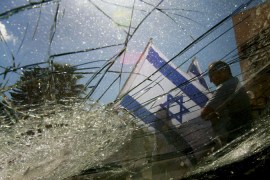 A week of racism in Israel

Israeli racism may not be new but it is becoming more open, which raises the question – which way will the public tip? 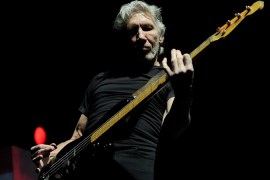 Pink Floyd’s Roger Waters adds his voice to the calls for Israel to remove its separation wall.