In Benghazi it is better not to go out after 4pm. Rumours circulate that state media is being used to signal Gaddafi loyalists to attack.

Libyans fleeing the country say that despite the Allied military strikes, they still fear Gaddafi and his supporters, men and women alike.

“They are in amongst the people, working secretly, we don’t know who they are,” one student told me as he left the country on the road to Egypt.

Gaddafi’s forces have been driven from swaths of eastern Libya. But many residents still fear his men.

That fear, in addition to the fighting in cities like Ajdabiya, is driving people from their homes. Thousands of families have fled eastward from Ajdabiya and Benghazi towards the Egyptian border.

Most are taking refuge with their fellow Libyans inside the country, who have shown real and heartfelt generosity.

But some manage to escape into Egypt.

‘I felt I could breath again’

Ahmed, a petroleum engineer and father of four, was working for an oil firm in the desert last week when he received a call from his family that Gaddafi’s forces had encircled his native Ajdabiya.

He drove through the night to reach his family, only to discover his home partially collapsed, the roof caved in from an artillery shell and his family gone.

He spent the next four days trying to find them. First in Tobruk, then in an oasis town, and finally in Egypt, where he found them last night. All safe, including his two young daughters. “I felt I could breath again,” he told me.

Another man was not so lucky – he is still looking for his family and returned to Libya.

A family from Benghazi fled over the weekend following the attack on the city. The daughter’s home was nearly hit by flaming debris from plunging rebel aircraft.

Her father, a businessman, told me he had to dodge sniper fire to make it to her house to pick her up. They are now on their way to Cairo. He hopes they will have to only stay a week.

But, like many Libyans, he does not see Gaddafi disappearing any time soon. “Gaddafi has his ways. He will not submit easily,” he says.

Those fleeing the country are talking about the extraordinary outpouring of generosity from their fellow Libyans.

The roads leading east out of Benghazi were jammed, not with fighters but with people offering everything they have. Food, free gas, cash and even their house keys being offered to their countrymen fleeing the front line.

A trip that once took six hours, lasted 12 because of so many people lining the road to help.

Before the latest democratic uprising, Libyans would not even rent houses to each other for fear they would not get them back, one Benghazi resident who fled with his family this weekend told me.

Now they are offering their homes for free. “I have never seen this in 40 years,” the man, an engineer and businessman said. “You felt that for the first time in 40 years, the air is clean!”

I met a senior official who is close to the new military council, in rebel controlled Libya. With jurisdiction over Brega, Ajdabiya, and Ras Lanuf. He had been shot in the foot by a sniper, the tendons laid completely bare.

He was lying in the back of a VW Passat at a tea house just east of the Egyptian border, his leg in dressing, en route to hospital with his body guards.

Gaddafi’s men tried to kill him in hospital in Ajdabiya, he said, four men in masks with grenades, but thank God, they were discovered in time.

The man praised the allied effort in Libya: “The strikes are not hitting any civilians … only military targets, though we could have used them earlier,” he said, adding that the problems in Libya started out as a civilian protest and “it was Gaddafi who made it military.”

Another young Libyan pharmacy student who had fled with her family said she was grateful for the Allied strikes but wishes “the Arabs had done it.”

Most Libyans say they are anxious to return home as soon as it is safe to do so, the sooner the better.

A recent engineering graduate whose friends are mostly fighting at the front said he felt “shame” at not being there with them, but his mother insisted that he flee with his family to Egypt.

Adding to the uncertainty is the near blackout that has enveloped most of Libya outside Tripoli over the past four days.

“I don’t know what to do, I just watch the TV and wait,” one Libyan told me today, who had just arrived in an Egyptian town near the border.

Andrew Purvis works for the UNHCR. 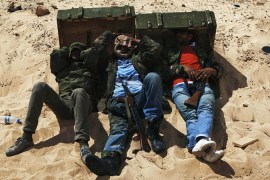 As European and US military jets continue their operations against Gaddafi’s forces, will it bring peace to the country? 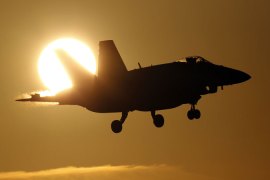 US, Britain, France agree to key role for NATO in military campaign, but divisions remain among other alliance members. 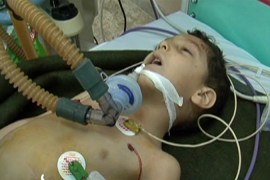 Civilians have been caught in battles between pro-Gaddafi forces and opposition fighters. 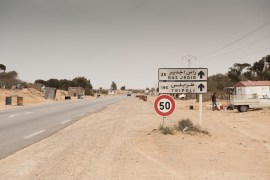