Two teenagers are enjoying the end of their summer holidays as they prepare to leave home for the first time to start university. It is a scenario that is played out across the world. But for Bayan and Ezat, their decision to leave the Occupied Golan Heights to study in Damascus will have life changing consequences.

Shout, the award winning documentary by Ester Gould and Sabine Lubbe Bakker, follows the pair as they embark on a coming-of-age adventure from a forgotten corner of the Arab-Israeli conflict.

“We wanted to tell a different story about the Middle East conflict – most people only think about Palestine,” says Gould, an Amsterdam-based filmmaker. “Very few people know about it, some people in Holland don’t even know where the Golan Heights is, let alone that it used to be part of Syria.”

Israel occupied this mountainous tract of Syrian territory in 1967 and the border has remained closed ever since. Families have been cut in half for a generation – the only way they can communicate is by using megaphones to shout across the valley that marks no-man’s-land.

The only people allowed to cross are UN peacekeepers and a tiny delegation of students and clergy once a year. Bayan and Ezat made it on to the annual UN shuttle bus across the border, leaving their village of Madjal Shams for the first time.

“It had been my dream to go to Damascus, to see our homeland, since I was in school,” says Bayan. “But the hardest thing was leaving my family for a year and not being allowed to return during that whole year.” Under the terms of the agreement, the Israelis allow the students to enter Syria, but only to come back for the summer holidays.

Unlike most teenagers, as Bayan and Ezat pack their cases, they are more worried about peeling off all the Hebrew labels – which could get them arrested inside Syria – than making sure they have this season’s clothes.

When the rusty border gates are finally opened, the students are searched before being allowed on to the bus under the watchful eye of the Israeli military. The journey is co-ordinated by the UN and the Red Cross so that Israelis and Syrians – who are still officially at war – never have to come face-to-face.

Once they are across, it is a one hour bus journey into the capital city they have never seen before, to meet grandparents and aunts they have only heard about in family stories.

On their first day at university, the other students’ attention is focused on them. “The[y] … are desperate to know how we live, what it’s like under occupation,” says Bayan.

Things get complicated as their first year draws to a close. If they stay in Damascus, the Israelis will never allow them to return to their homes in the occupied territory. If they choose to return to their families in the Golan after graduation, the border will be shut behind them forever and their new lives, loves and homeland will remain out of reach, accessible only if they shout.

For Bayan, that price was too high. “To see your mother on the other side [of the valley] but not being able to [reach] her – that’s incredibly emotional,” he says. But his friend Ezat is becoming too attached to Damascus to leave. “What we tried to say in the film is that the border grows between these two best friends,” Gould says.

“You could almost tell this story about young villagers in the Netherlands coming to study in Amsterdam, with the big difference that the decisions that these guys make have much bigger consequences,” she adds.

And those consequences might be too much for future generations of Golanis to accept. “Fewer students are going to Syria. They can’t bear to leave their families for so long, and they’re attached to the land [of the Golan],” Gould says. “And also a Syrian diploma means they have to do extra studies to get [their qualifications] recognised in Israel and the Palestinian territories.”

Damascus may be just a 60km journey, but it is a world away and the Golan is being torn from Syria by more than the ongoing occupation alone. 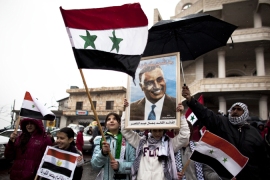 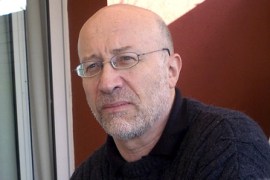 Historian’s willingness to tell ‘uncomfortable stories’ was not embraced by US government. 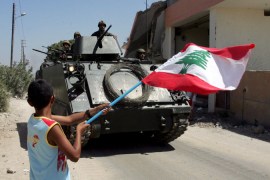 When Israel withdrew from Lebanon the UN drew a thin blue line to separate the two countries. 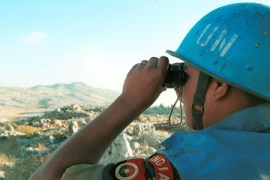 Behind the ‘blue line’

Israel withdrew from south Lebanon in May 2000, but the disputed border remains tense.