Al Jazeera’s Joanna Gasiorowska reports from the Qatar Masters, as Denmark’s Thomas Bjorn captures the title by four shots from Spain’s Alvaro Quiros at the Doha Golf Club on Sunday.

It was his second win in the Middle Eastern desert, after his sensational victory over Tiger Woods at the Dubai Desert Classic in 2001.

Overnight leader Bjorn, who won his first tournament since the Estoril Open in Portugal last year, shot a bogey-free, 3-under 69. He had three birdies in the final round, including one on the 18th.

Quiros, who closed within two shots of the lead with a birdie on the 14th, faltered at the end. He bogeyed two of the final four holes, including a three-putt on 15. Quiros’ compatriot Rafael Cabrera-Bello and Markus Brier of Austria, who held the lead after the second round, finished another shot back.

Second-ranked Martin Kaymer, who needed to finish at least second to overtake Lee Westwood as top-ranked player, shot a 1-under 71 to finish 2 under for the tournament in a tie for 28th.

Holding a one-shot lead over Brier coming into the final round, 134th-ranked Bjorn said it was a question of “hanging in there” on the final day. He admitted he didn’t play inspiring golf early on but made up for it with all his birdies coming on the back nine.

Bjorn also admitted Quiros had put him under serious pressure.

“Alvaro put in a stint there where he threw a few birdies in and it became a little bit tense,” Bjorn said.

“But after I hit that shot on 15 and saw him miss that putt for par, it’s going to be difficult for him to catch me out if I don’t make any mistakes.

“In the end it became a bit of a cruise, but I’m delighted with the week.

“I played solid golf – I think I made one bogey in the last 54 holes. On this golf course and in these conditions, that’s good going.”

Bjorn had said on Saturday that the key to winning the event would be to play steadily and not give up.

“I knew it was going to be a tough day, but from there on I started playing a lot better and got more control over the ball and just kept making pars,” he said.

Quiros was left to rue his late bogeys, but said he had no complaints.

“Unfortunately I made three putts on 15, and I made a stupid bogey on 17.

“So after that, it’s going to be tough to reach him. But anyway, I’m very pleased to be where I am.” 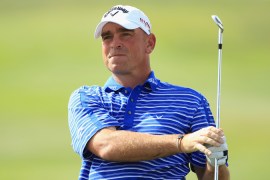 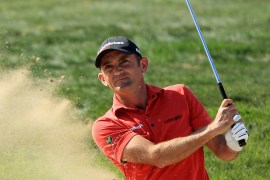 Markus Brier leads field at Qatar Masters as the Austrian aims for his first European Tour win since 2007. 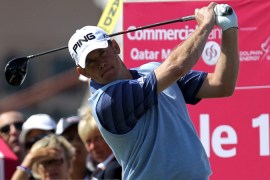 World number one watches putt on 18th fall just short of the cup to give Kaymer slim chance of taking top spot. 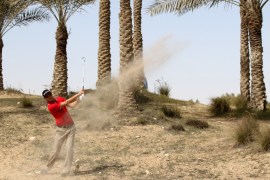 World number two says taking Lee Westwood’s crown not a priority as he tips Rory McIlroy for a big 2011 on the course.