From Tahrir Square in Cairo to the corniche in Alexandria, all over Egypt thousands of people have taken to the streets to protest against Hosni Mubarak’s government.

Blogs, twitter, Facebook and mobile phone footage have all played some part in mobilising the crowds and getting messages to the wider world. And this despite a draconian crackdown on media and an unprecedented internet blackout.

Witness presenter Samah El-Shahat is joined by two guests who have been following media developments in Egypt. Sharif Nashashibi is the chairman and co-founder of Arab Media Watch, an independent, non-profit watchdog, set up in 2000 to strive for objective coverage of Arab issues in the British media. And Ramy Aly is a researcher who has written about social networking in Egypt.

Watch Blogging on the Nile, a Witness film about the Egyptian bloggers who sowed the seeds of today’s multi-media uprising. 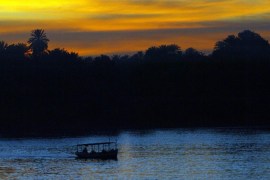 Blogging on the Nile

We look at the role of social media in Egypt and at the bloggers who sowed the seeds of a multi-media uprising. 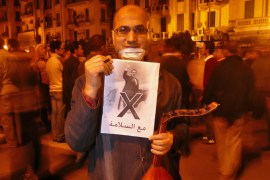 The future of Egypt’s internet

The use of social media to facilitate and organise protests could lead to an uncertain future for the web in Egypt. Many Jews from around the world support Egyptian self-determination because of Judaism’s own historic past with Egypt. 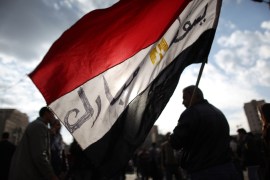 Egypt’s contemporary history is full of popular revolts that united political spectrums in the face of oppression.